How special can a prize be for a sports event winner? For the newly crowned champion in a rural basketball contest held last weekend in the city of Quanzhou in southeast China's coastal Fujian Province, a tractor was the highest reward – practical but reasonable.

Previous prizes for the down-to-earth rural game winners have ranged from cattle, lambs and pigs to watermelons. 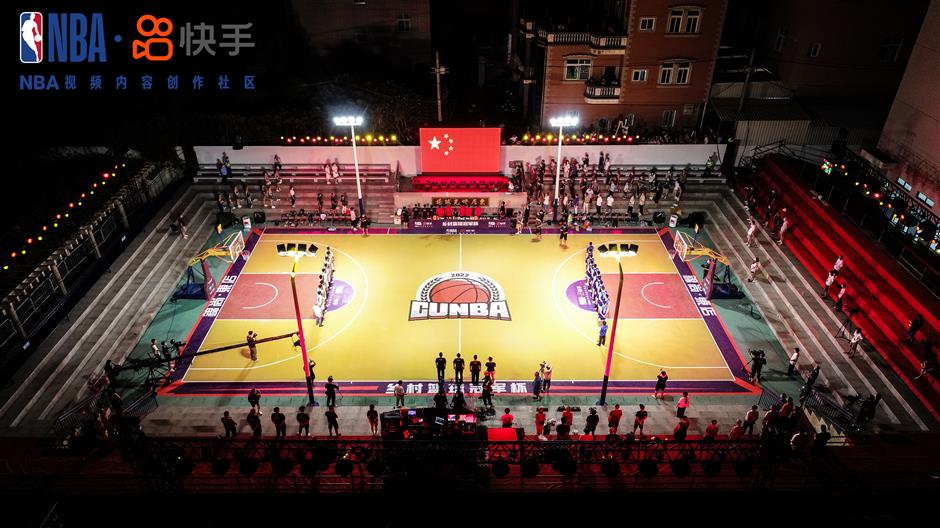 The basketball court in Dongdian Village, Jinshang Town, Quanzhou, where the final was held 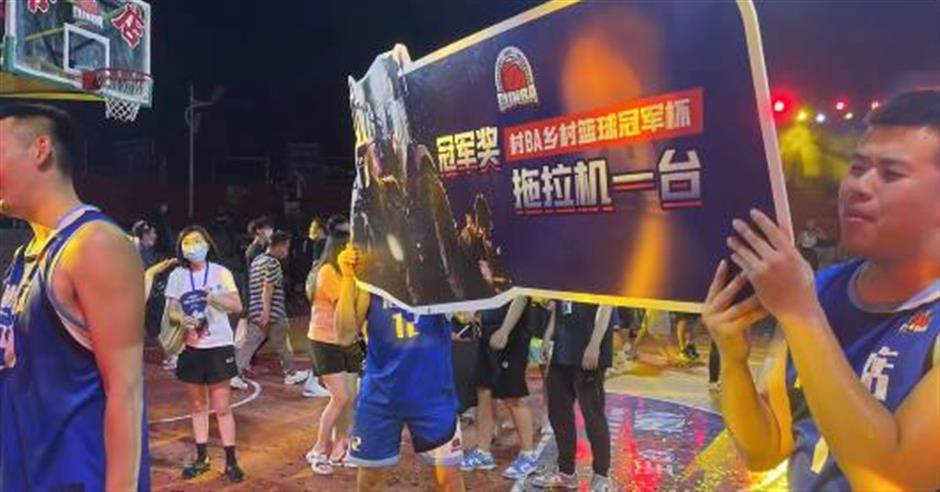 The championship team with its top prize – a tractor

According to the short video sharing app Kuaishou, more than 100 million people have viewed the final of the championship played by the local teams. Relevant topics have reaped more than 170 million views.

The grassroots games across China's villages, usually organized and participated in by local villagers, made Internet headlines this summer thanks to widely spread short videos. Although the players aren't professional, their free spirits have impressed a large audience.

As seen in short and livestreaming videos, the games are usually played on outdoor cement courts with commentators narrating in several local dialects. When there are games, sites are packed with enthusiastic crowds bursting with incessant cheers. 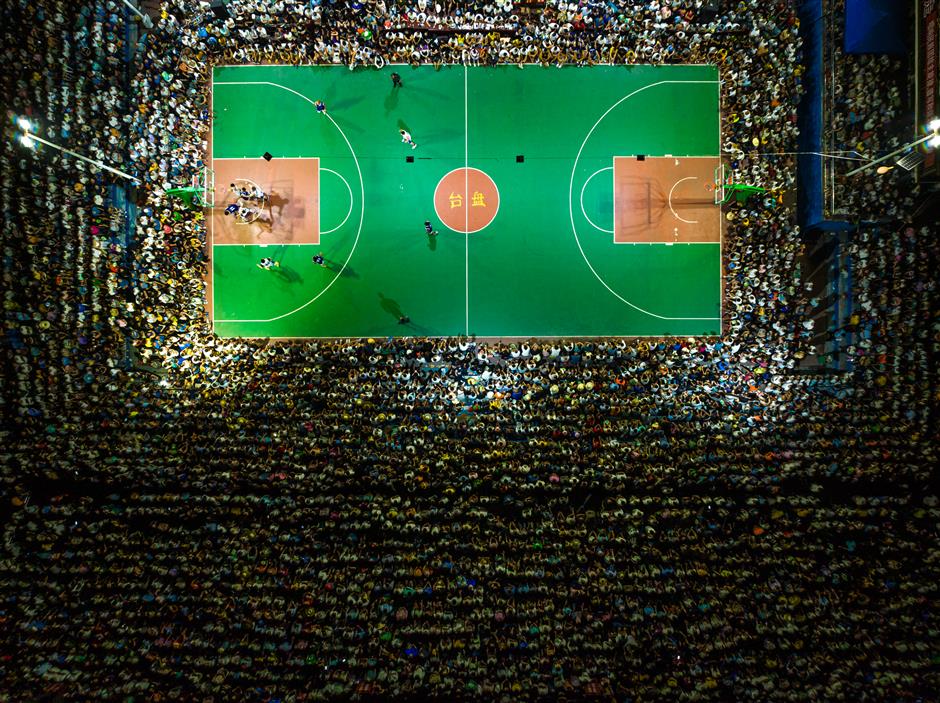 Thousands of villagers come to watch a basketball game in Taijiang County in Guizhou Province in August 2022. 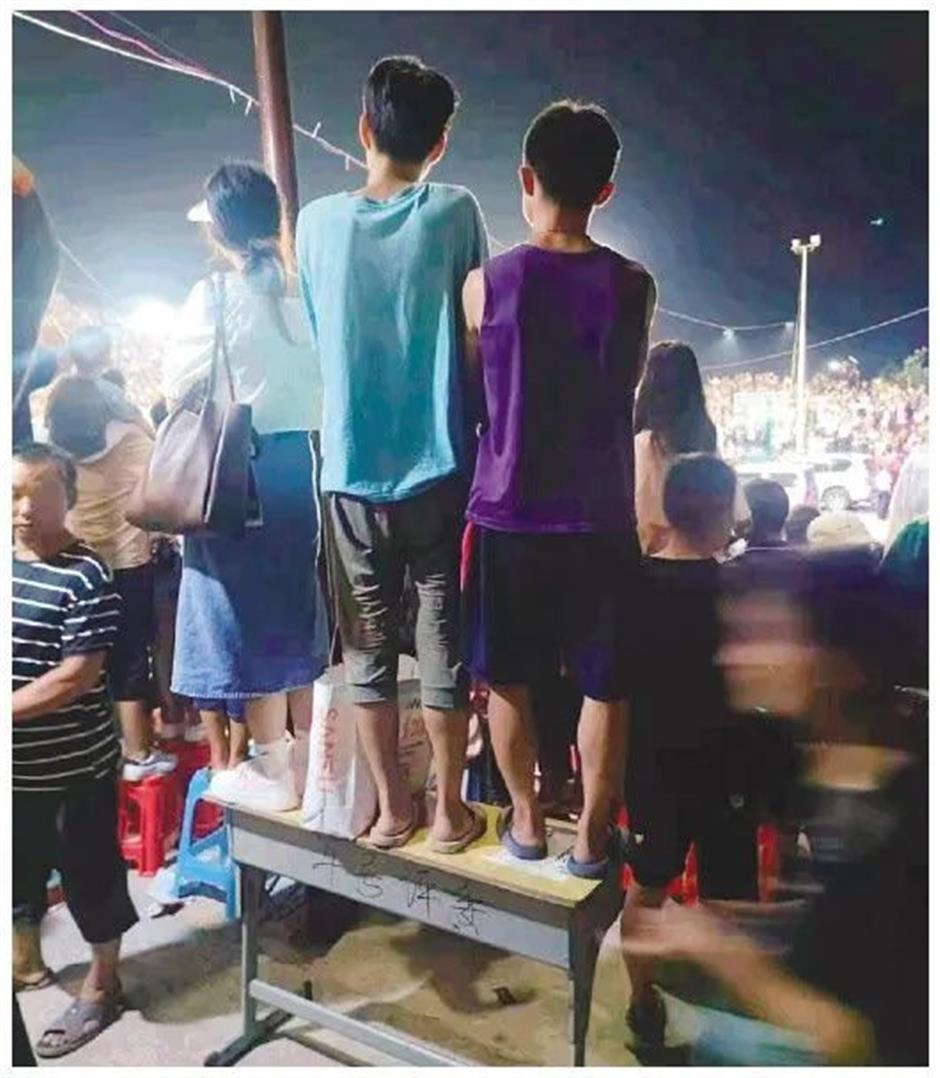 Locals have clever ways to watch the games.

The hotter-than-ever on-site atmosphere during a game held in Taipan Village in southeast Guizhou Province drew the attention of China's Foreign Ministry Spokesperson Zhao Lijian, who gave the game a thumbs-up on Twitter in July. 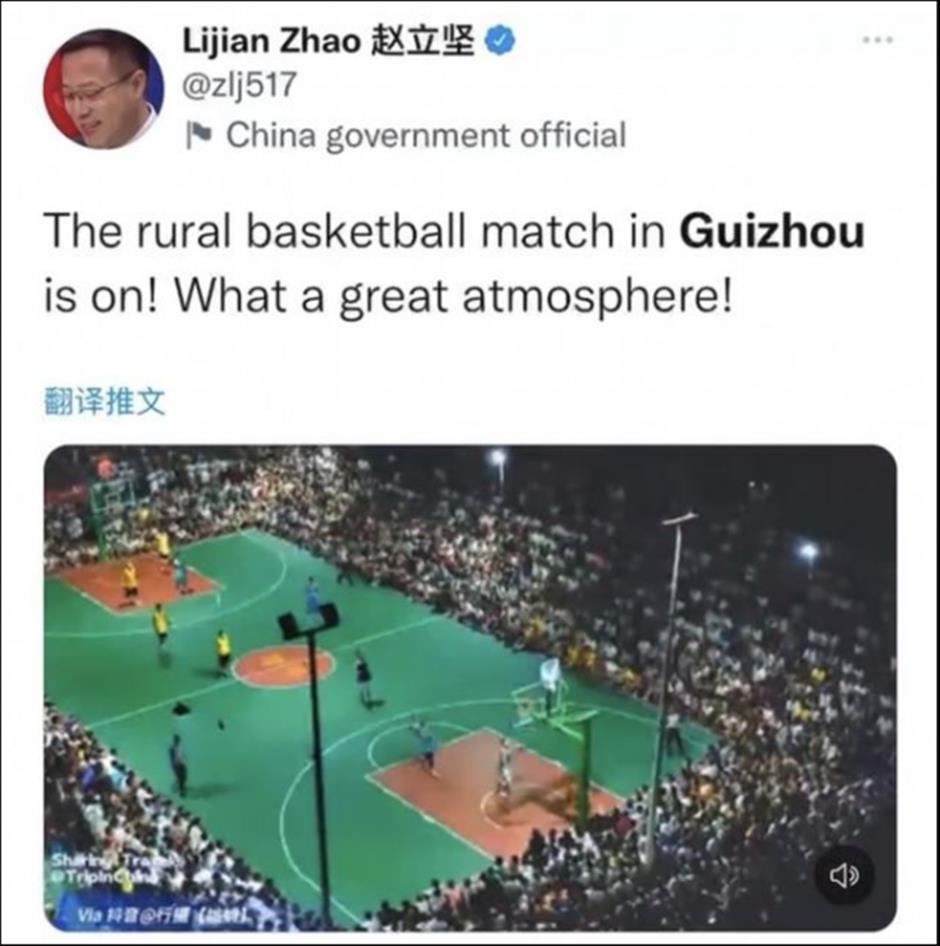 The annual rural basketball competition takes place in Taipan Village every year since 1936, and villagers treat it as part of their long-standing festive traditions. Some 500,000 people visited the village this summer.

Meanwhile, in Quanzhou, almost every rural village is equipped with a basketball court, some of which have canopies, according to Cai Shichuan, Party secretary of Xiqian Village in the city of Shishi.

Basketball matches have been paired with various folk activities, such as festive celebrations and the completion of ancestral temples, as locals believe "the more people celebrating the festival, the more prosperity." People in Quanzhou have a saying: "We have 100 reasons to organize a basketball game here."

By the end of 2021, the number of basketball courts ranked first among all sports venues across the country – more than a million – according to data released by the country's sports bureau. Outdoor courts make up more than 90 percent of the total.