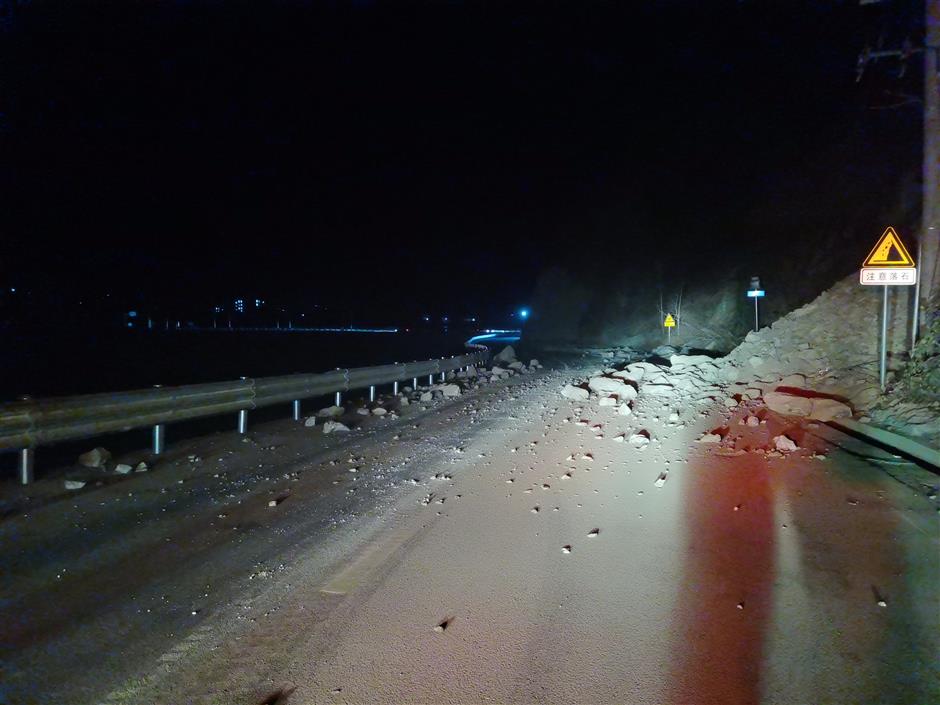 Landslide on the road leading to Moxi Town, Ganzi Prefecture, after an earthquake measuring 5.6-magnitude hit southwest China's Sichuan Province in the early morning of Thursday.

An earthquake measuring 5.6-magnitude hit southwest China's Sichuan Province in the early morning of Thursday, with no casualties reported yet, according to local authorities.

The quake occurred at 3:49am, with its epicenter at the Luding County of the Garze Tibetan Autonomous Prefecture, said the China Earthquake Networks Center (CENC). The tremor was sent from a depth of 11 kilometers, it said.

Sources with the emergency management bureau of Garze said that no reports of casualties and house collapse were received as of 5:50am.

About 100 rescuers have hurried to the site. Local firefighters told Xinhua that traffic was hampered by landslides at some sections of the road.

Seismologists believed that the tremor was an aftershock of a 6.8-magnitude quake that rocked Luding County last September, which killed more than 90.