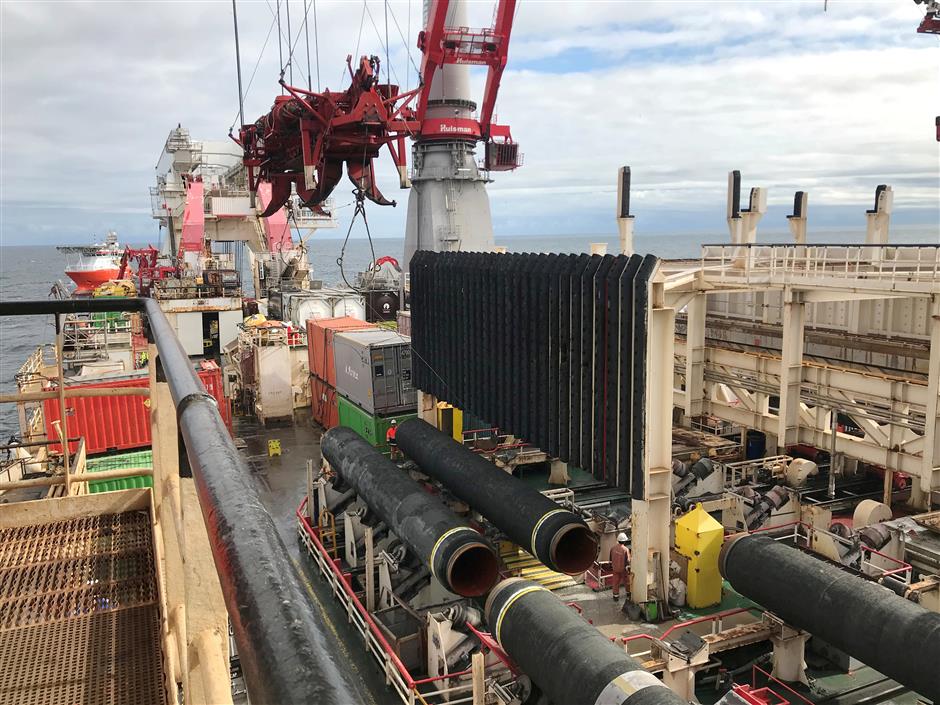 Russian President Vladimir Putin said on Saturday that he hopes work on the Nord Stream 2 gas pipeline will be finished by early next year.

“I hope that by the end of this year, or in the first quarter of next year, work will be finished and the gas pipeline will start operating,” Putin told a joint press conference with German Chancellor Angela Merkel after talks at the Kremlin.

The United States last month imposed sanctions on firms working on the almost-completed pipeline, which will double gas shipments to Germany and is a key part of Moscow’s export strategy for state energy giant Gazprom.

Washington believes the 9.5 billion euro (US$10.6 billion) project will give Russia too much influence in western Europe.

Putin said that the US sanctions would cause delays of “several months,” after Energy Minister Alexander Novak said in December that the pipeline would be finished by late this year.

Merkel added that “despite the sanctions, it will be possible to complete Nord Stream 2 ... There is a certain delay but it will be completed.”

She reiterated that Germany “considers extraterritorial sanctions to be unsuitable and that’s why we continue to support this project.”