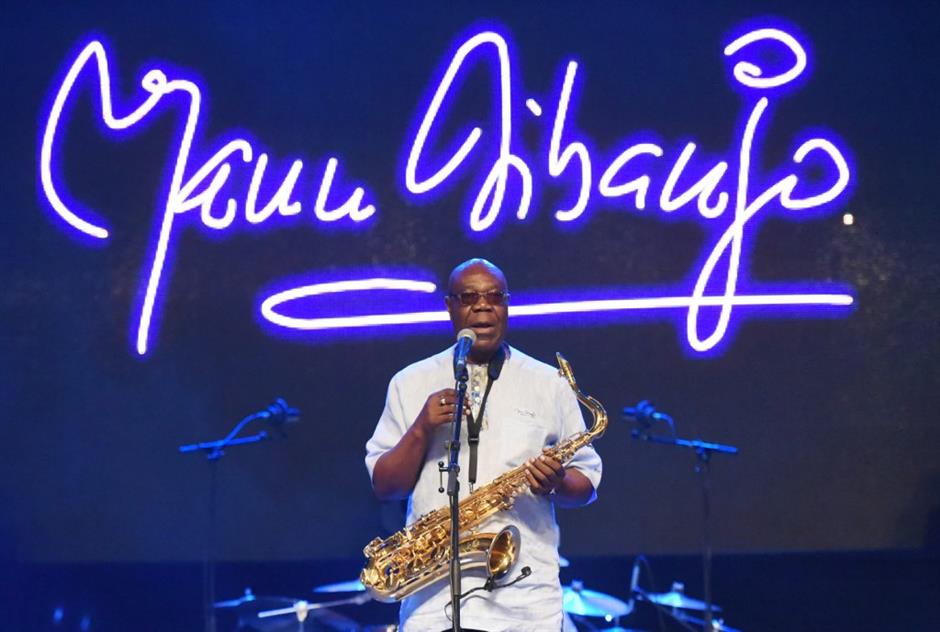 The 86-year-old Cameroonian, best known for the 1972 hit "Soul Makossa", is one of the first worldwide stars to die as a result of COVID-19.

"He died early this morning in a hospital in the Paris region," his music publisher Thierry Durepaire said.

A message on his official Facebook page confirmed that his death had come after he contracted COVID-19.

"His funeral service will be held in strict privacy, and a tribute to his memory will be organized when possible," the message said.

The saxophonist was one of the pioneers of Afro jazz and also fused funk with traditional Cameroonian music.

His biggest hit was "Soul Makossa", the B-side of a song to support the Cameroon football team in the African Cup of Nations but was picked up and popularised by New York DJs.

In 2009, he accused Michael Jackson of borrowing one of his hooks for two songs on the legendary "Thriller" album.

Jackson settled out of court.

"I have the harmonies of Bach and Handel in my ear with Cameroonian lyrics," he told AFP in an August 2019 interview with AFP.

'Raised in the Hallelujah'

"It is a luxury to be able to have at least two possibilities. In life, I prefer to be stereo than mono."

The eclectic tastes that Dibango brought to his music can be traced back to his upbringing.

Emmanuel N'Djoke Dibango was born on December 12, 1933, growing up in a strictly observant Protestant family.

"My paternal uncle played the harmonium, my mother ran the choir. I'm a child raised in the 'Hallelujah'," he told AFP.

"But that doesn't stop me from being African, Cameroonian, and all that."

When was 15 years old, his father sent him to France in the hope of him becoming an engineer or a doctor.

He did his studies in the northern cathedral city of Chartres, where he made his first steps in music, learning the mandolin and the piano.

Surrounded by white culture and by his own admission ignorant of African culture, he was drawn to the jazz giants of the day: big band leaders Count Basie and Duke Ellington and the saxophonist Charlie Parker became his heroes, he said.

He first discovered the saxophone during a holiday camp and was sufficiently distracted by his musical explorations to fail his high school exams.

His father subsequently cut off his allowance, so his moved on to Brussels and found work in cabarets, circus balls, whatever musical work he could find.

It was there, too, that he met his future wife, Marie-Josee, known as "Coco", and bandleader Joseph Kabasle, another pioneer of African jazz.

After a few years back home, including a period when he ran a nightclub in Cameroon, he was back in France in the early 1960s.

He played piano for French rock-and-roller Dick Rivers, then was bandleader for French-Italian crooner Nino Ferrer.

But it was the 1972 release of "Soul Makossa" that launched him internationally: New York's DJs couldn't get enough of the stripped-down, syncopated sound.

That was his ticket to take his sound to the legendary Apollo theatre in Harlem and then tour in the southern states of the United States.

His legal dispute with Michael Jackson was launched when the pop legend sampled "Soul Makossa" without his permission. The row was only resolved after a long legal battle.

By then however, "Papy Groove" (Grandpa Groove) was an international star in his own right.