US set to resume capital punishment after 17 years 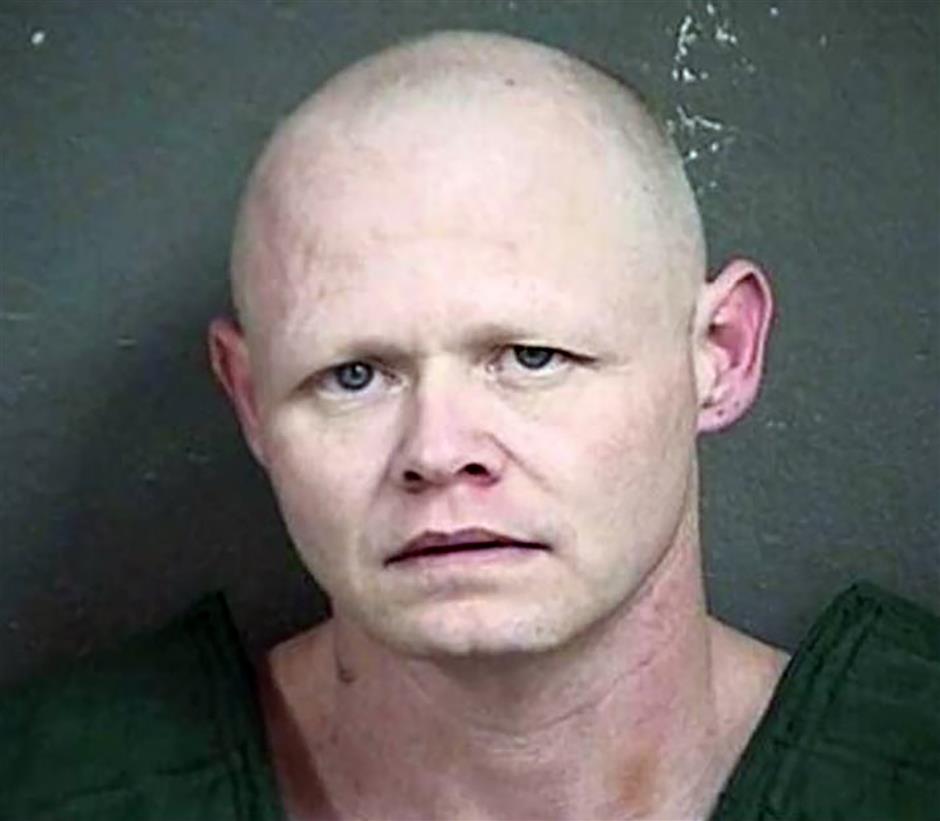 This undated booking photo released by the Wyandotte County Sheriff’s Office in Kansas City, Kansas, shows death row inmate Keith Dwayne Nelson. A US appeals court has issued a ruling that would allow for the first federal execution in 17 years on Monday. Nelson is scheduled to be executed on August 28, 2020.

The first execution of a federal prisoner in more than 17 years was due to take place later on Monday, the culmination of an effort by the Trump administration to revive the US government’s use of a punishment long mired in legal challenges.

Unless a federal court orders a delay, the US Department of Justice plans to execute Daniel Lewis Lee using lethal injections of pentobarbital, a powerful barbiturate, for his role in the murders of three members of an Arkansas family, including an 8-year-old child, in 1996.

The execution of Lee is due to take place at the Justice Department’s execution chamber at the federal prison in Terre Haute, Indiana. Some relatives of Lee’s victims opposed him receiving the death sentence while his accomplice in the murders, Chevie Kehoe, was sentenced to life in prison.

Efforts to resume capital punishment at the federal level were under way within a few months of President Donald Trump’s inauguration in 2017, ending a de facto moratorium that began under his predecessor, Barack Obama, while long-running legal challenges to lethal injections played out in federal courts.

The department has scheduled two more executions for later in the week and a fourth in August, all of men - Wesley Purkey, Dustin Honken and Keith Nelson - convicted of murdering children.

An appeals court has temporarily blocked the execution of Purkey, which was set for Wednesday, while it considers arguments by his lawyers that his dementia caused by Alzheimer’s disease has advanced to the point he no longer understands why he is being put to death.

The coronavirus pandemic has prevented some of the lawyers of inmates on death row from visiting their clients. At least one employee involved in the executions tested positive for COVID-19, the Justice Department said on the weekend.

On Sunday, an appeals court rejected an argument by some relatives of Lee’s victims, who sued for a delay saying they feared that attending his execution could expose them to the coronavirus.

While Texas, Missouri and other states execute multiple condemned inmates each year, federal executions are rare — only three have occurred since 1963, all from 2001 to 2003, including the 2001 execution of Oklahoma City bomber Timothy McVeigh.

There are currently 62 people on federal death row in Terre Haute.

Opposition to the death penalty has grown in the United States, although 54 percent of Americans said they supported it for people convicted of murder, according to a 2018 survey by the Pew Research Center.

In announcing the planned resumption of executions, Attorney General William Barr said last year: “We owe it to the victims and their families to carry forward the sentence imposed by our justice system.”

A European Union ban on selling drugs for use in executions or torture has led to pharmaceutical companies refusing to sell such drugs to US prison systems.

The Justice Department spent much of 2018 and 2019 building a secret supply chain of private companies to make and test its drug of choice, pentobarbital, which replaces the 3-drug protocol used in previous executions. Some of the companies involved said they were not aware they were testing execution drugs.

As with Texas and other states, the Justice Department has commissioned a private pharmacy to make the drug.

Inmates on death row have sued the Justice Department in US District Court in Washington, saying its new 1-drug protocol breaks various administrative and drug-control laws and is unconstitutional. They have asked Judge Tanya Chutkan to delay the executions while the litigation continues.