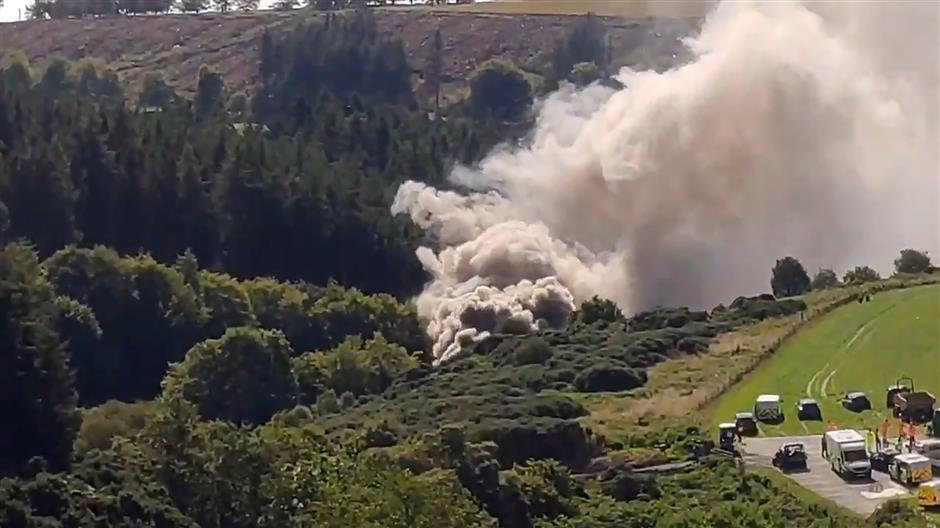 A still image taken from video footage shows smoke billowing from the scene of a train crash near Stonehaven in northeast Scotland on Wednesday. A passenger train derailed in northeast Scotland, with reports of “serious injuries” in what First Minister Nicola Sturgeon described as an “extremely serious incident.”

A passenger train derailed in northeast Scotland on Wednesday, with reports of “serious injuries” in what First Minister Nicola Sturgeon described as “an extremely serious incident.”

The crash, close to the town of Stonehaven around 25 kilometers south of Aberdeen, followed severe flooding across parts of the region overnight.

Smoke could be seen rising from the scene in pictures broadcast on television news channels.

About 30 emergency vehicles were attending the scene of the derailment.

“The emergency services are currently on site and a major incident has been declared,” Sturgeon said.

“I am afraid to say that there are early reports of serious injuries,” she added, after earlier noting on Twitter it was an “extremely serious incident.”

British Prime Minister Boris Johnson later expressed his condolence on Twitter: “I am saddened to learn of the very serious incident in Aberdeenshire and my thoughts are with all of those affected. My thanks to the emergency services at the scene.”