Almost all oil cleaned up in Mauritius spill 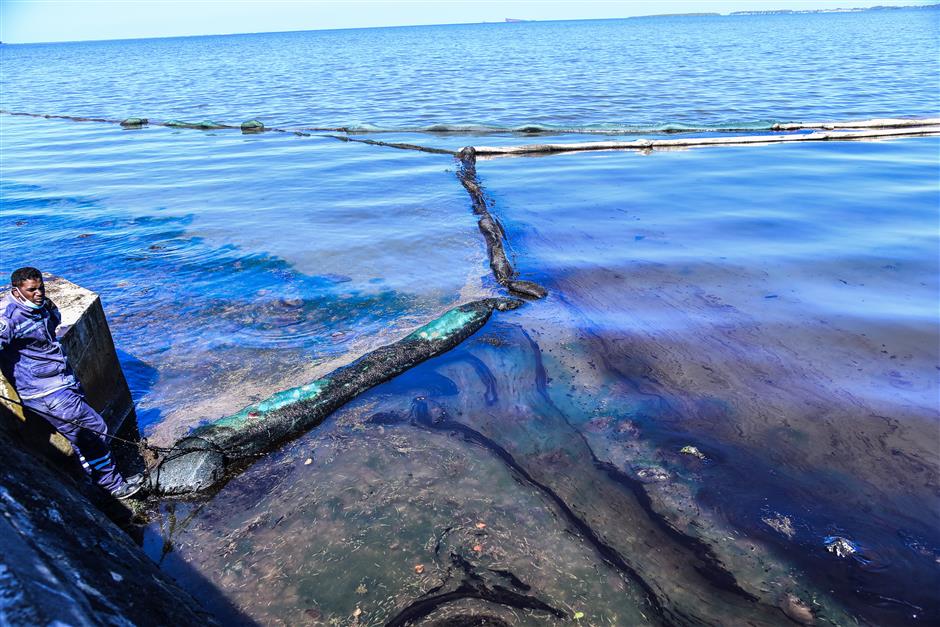 A Mauritius Army personnel stands next to the handmade oil barrier trapping leaked oil from the MV Wakashio bulk carrier that had run aground at the beach in Mahebourg, southeast Mauritius, on Wednesday.

Mauritius Prime Minister Pravind Jugnauth said on Wednesday nearly all remaining oil had been removed from a damaged Japanese ship, which leaked about 1,000 tons in a threat to tourism already hurt by the coronavirus pandemic.

Tourist operators fear the spill will further damage a sector already reeling from the virus crisis and could cost jobs if pristine beaches are spoiled.

Tourism generated 63 billion rupees (US$1.6 billion) for the economy last year. In May, the central bank said that in the previous two months alone, 12 billion rupees in foreign exchange had been lost.

“It is really going to affect the communities down there, especially for the fishermen, the local guys that live there, you know that’s how they make money from tourists,” said Willow River-Tonkin, who owns a kite-surfing business.

“Taking them out to go diving, to go snorkeling, to go wakeboarding, to go see dolphins and all that sort of thing you know, and all of that is going to affect it, if we don’t get it under control very soon.”