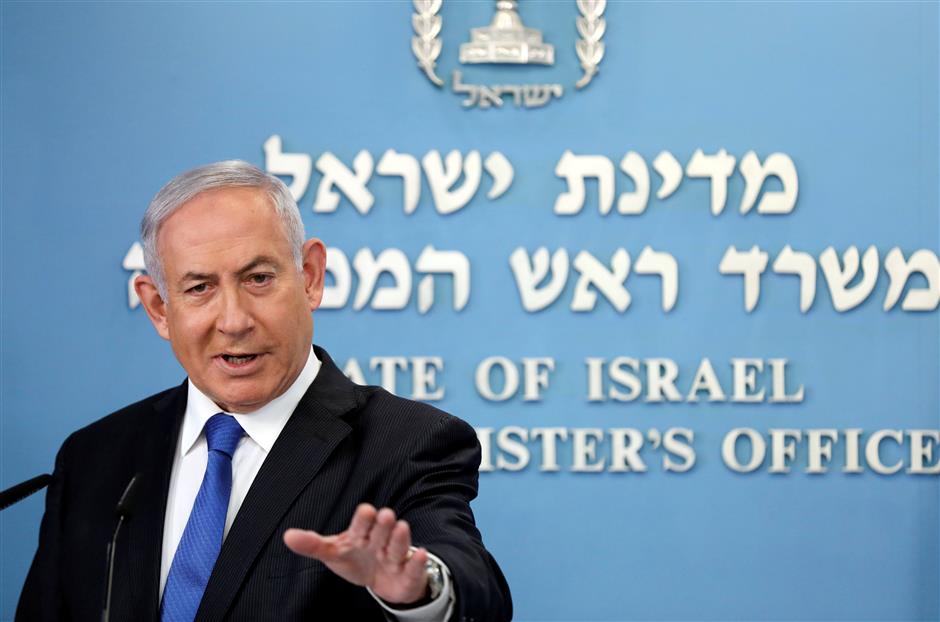 In a broadcast press conference, Netanyahu said the move "opens a new era" of cooperation between the two countries and hailed it as "a historic breakthrough towards peace in the Middle East."

He added that the deal includes also cooperation in the fields of energy, water and environment.

The Israeli prime minister said the UAE is expected to make "a very substantial investment" in Israeli efforts to develop a vaccine against COVID-19, in addition to other investments in Israel.

"It is very important for our future," he added.

Asked about part of the agreement under which Israel will halt its plan to annex portions of the occupied West Bank in return for the deal, Netanyahu said the annexation "is still on the table."

He stressed the plan has not been canceled but only "temporarily suspended" following a request by President Trump.

The Israel-UAE deal marks the first diplomatic ties between Israel and a Gulf country. The UAE is the third Arab country that has official relations with Israel.

Over the recent years, Israel's ties with Gulf countries have been warming up amidst shared worries over Iran's regional influence.