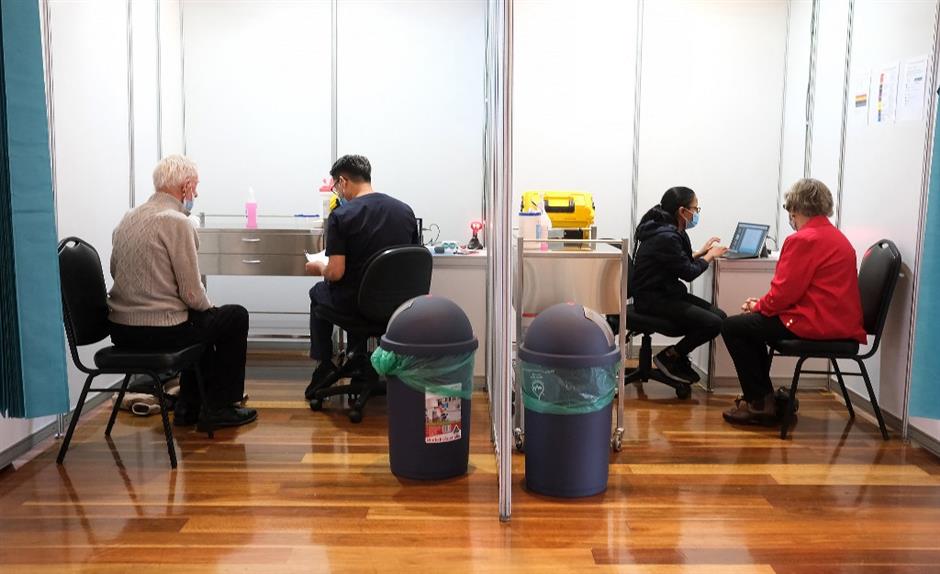 People visit a mass vaccination center to receive a COVID-19 vaccine in Melbourne, Australia, on April 21, 2021.

Australia's medicines regulator will investigate two deaths for possible links to the COVID-19 vaccine, raising fresh concerns as the country seeks to accelerate an immunization program that has widely missed its initial vaccination targets.

"All reports ... of death following vaccination are reviewed to assess the likelihood that the vaccine contributed to the event or medical condition that led to a fatal outcome," the Therapeutic Goods Administration said on Thursday.

Two men died in the country's most populous state of New South Wales days after getting their coronavirus vaccine shots, Australian media reported.

The reporting of an adverse event after vaccination does not mean it was caused by the doses, TGA said in an E-mailed reply. It did not specify when the deaths happened, citing patient confidentiality reasons, or the type of shots they received.

Australia's immunization drive includes AstraZeneca and Pfizer vaccines but earlier this month authorities abandoned a goal to vaccinate its near 26 million population by the end of 2021 after finding possible links between the AstraZeneca vaccine and blood clots.

Australia, which had banked on the AstraZeneca vaccine for the majority of its shots, recommended the doses should only be given to people above 50 years, throwing its vaccination program into disarray.

Two weeks ago, the country reported its first death from blood clots linked to the AstraZeneca vaccine after the medicines regulator said a 48-year-old woman's fatality was "likely" linked to the shot.

Australia has largely avoided the high COVID-19 numbers seen in other developed countries, with just over 29,700 cases and 910 deaths since the pandemic began, but its vaccination rollout has hit several roadblocks.

More than 2 million total vaccine doses have been administered as of Tuesday, far short of the 4 million pledged by the end of March.