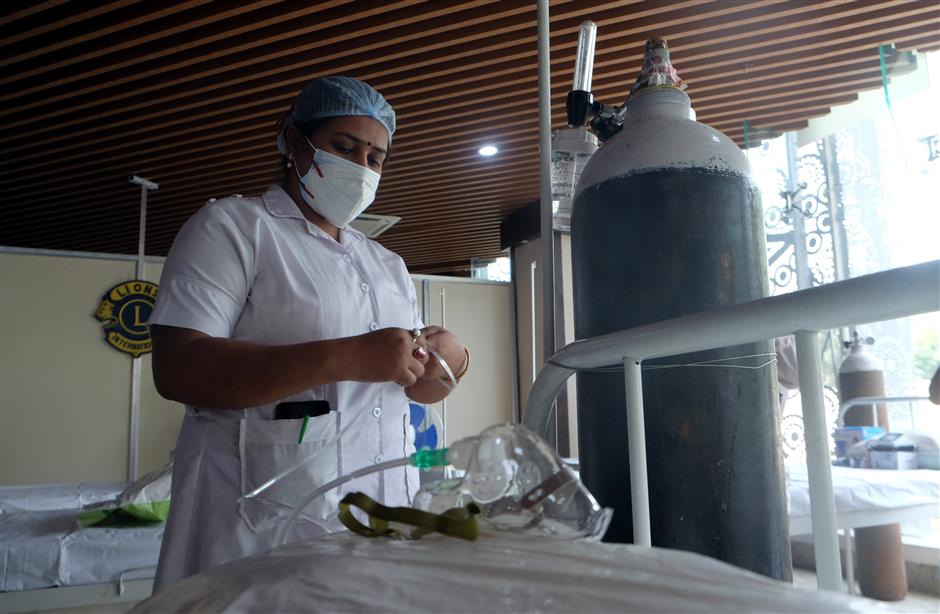 A medical staffer prepares oxygen for COVID-19 patients in Calcutta, India, on May 3, 2021.

"Chinese companies carry forward the spirit of humanitarianism, focus on saving lives, respond to wants and needs of the Indian people," Sun said in another tweet.

"That reveals their social responsibilities as well as the goodwill in helping India fight COVID-19," said the tweet.

Since this April, China has supplied more than 5,000 ventilators, 21,569 oxygen generators, over 21.48 million masks and around 3,800 tons of medicines to India, according to statistics of the General Administration of Customs of China, Sun said in a tweet on April 29.

Chinese companies have been accelerating production of at least 40,000 oxygen generators for India, and are working at a fast pace to deliver as soon as possible, the Chinese ambassador said.

Many Chinese firms and private organizations are also using their own channels to provide various help to India, he said.

India is struggling with the second wave of COVID-19 pandemic as hospitals in several states are reeling under a severe shortage of drugs, equipment, oxygen and beds.

India's COVID-19 tally crossed the 20-million mark, reaching 20,282,833 on Tuesday, confirmed the federal health ministry, with 357,229 new cases registered across the country during the past 24 hours.