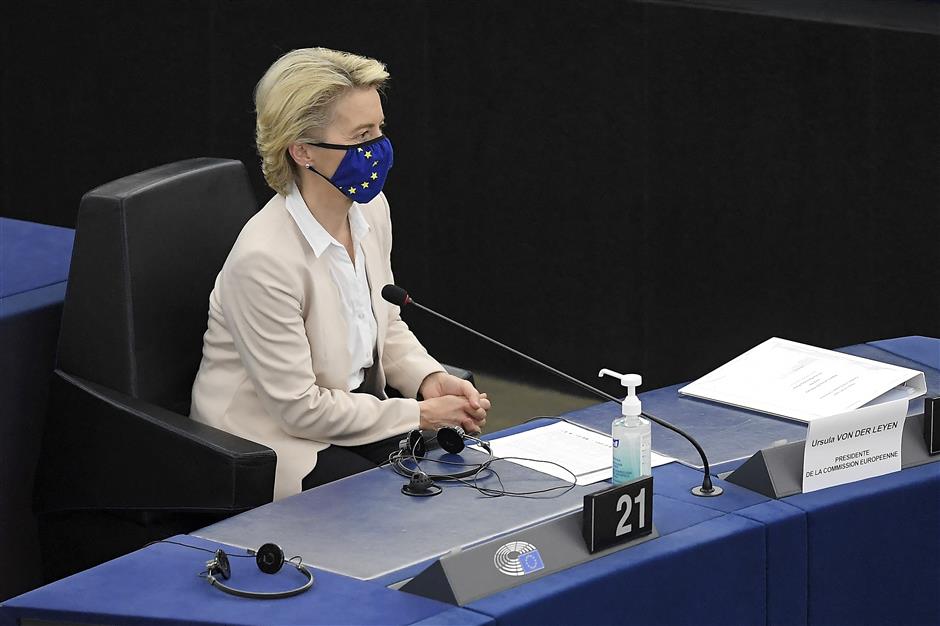 More than 1 million Europeans have received the new EU COVID health certificate being rolled out to unlock travel within the bloc, the European Commission said yesterday.

EU Justice Commissioner Didier Reynders announced the figure to the European Parliament ahead of a vote to enshrine the document in law in time for the continent's all-important summer tourism season.

It is expected to be passed by a big majority after agreement between MEPs and the EU's 27 member states on details, with the vote result known early today.

The certificate, showing the bearer's immunity to COVID-19 either through vaccination or previous infection, or their negative test status, is to be used for intra-EU travel from July 1, obviating the need for quarantine or further testing for travelers.

But the commission wants as many EU member countries as possible to start earlier.

"The more certificates we can already issue, the easier the process will be during the summer – otherwise, we risk a big bang on the first of July, which we cannot afford," Reynders said.

As of yesterday, nine EU countries were already issuing the documents – including the sunny tourist destinations of Greece, Spain and Croatia, as well as the bloc's major source of tourists, Germany. Bulgaria, the Czech Republic, Denmark, Lithuania and Poland were the others.

"More than a million citizens have already received such certificates, and many more will follow in the next weeks and months," the commissioner said.

The EU Digital COVID Certificate can be presented either in online form, on a smartphone for example, or printed out on paper. It features a QR code for verification, which border officials and venue staff can use to check against digital signatures.

Only minimal data of the bearer is included on the certificates, to prevent identity skimming, and the EU legislation surrounding their use is due to expire after a year.

EU lawmakers and capitals also agreed that, when it comes to proof of vaccinations, only the jabs authorized by the European Medicines Agency – so far those from BioNTech/Pfizer, AstraZeneca, Moderna and Johnson & Johnson – would be accepted in all EU countries.

But individual countries can also decide to accept, for their territory only, others, such as one produced by China, or Russia's Sputnik V vaccine.