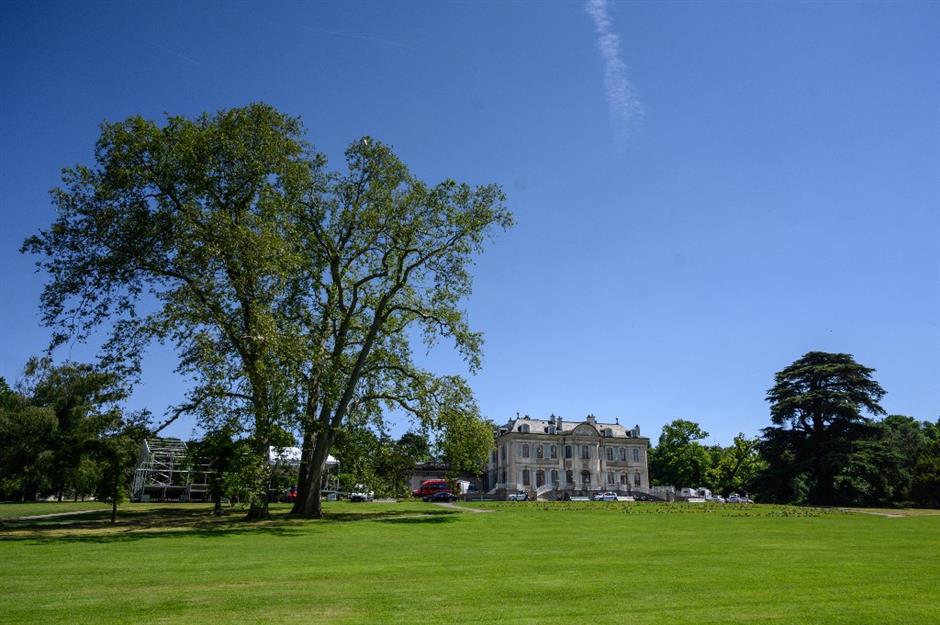 This photograph shows the "Villa La Grange", in Geneva, on June 11, 2021, where US President and Russian President will have their meeting on June 16. Russian leader Vladimir Putin and US President Joe Biden are to meet on June 16 amid the biggest crisis in ties between their two countries in recent history.

The Villa La Grange, set in Geneva's biggest park which slopes down to the shore, is well used to hosting showpiece events – but the Biden-Putin talks will rank as the most high-powered of them all.

The mansion, spruced up for the occasion, has played a part in landmark international agreements before, notably the first Geneva Convention.

And words said on its lawns by a former world leader resonate today ahead of the US-Russia summit.

"We can establish an even deeper and more effective relationship," said pope Paul VI in 1969.

Addressing a crowd of 70,000 in front of the villa, the pontiff evoked the opposing forces of love and hate and called for "generous peacemakers".

The setting is spectacular.

Views from the three-storey classical mansion sweep down over the Parc de La Grange, across Lake Geneva toward the United Nations and the Jura mountains beyond.

The villa has been a whirlwind of activity in preparation for the summit, with vehicles scurrying in and out of the park.

The paint has been touched up and the chandeliers polished, while antique furniture has been rearranged to make way for the two presidents.

The scene is set in the showpiece library: two wooden armchairs clad in red leather have been set either side of a globe, against a backdrop of brown and gold tones.

In the immaculately-manicured gardens, new turf has been rolled out to cover any bare patches.

During the summer, the gardens would typically be filled by picnickers.

But the chances of anyone getting in and breaking out some Gruyere cheese and a bottle of local Genevois wine on Wednesday will be somewhat slim.

The park has been closed off and ringed with barbed wire-topped steel fencing, while hundreds of troops and security officers will guard the site.

The grand, classical villa was owned by Genevan patrician families and was ultimately bequeathed to the city.

On rare occasions, the public can take guided tours that take in the library, reception rooms and bedrooms.

The estate was created in the 1660s by the merchant Jacques Franconis. Marc Lullin, a banker, bought it in 1706 and three of his sons built the French-style mansion and its surrounding buildings between 1768 and 1773.

Banker Jean Lullin, having been ruined by the French Revolution, sold it in 1800 to Francois Favre, a Geneva ship owner who made his fortune trading with the East from the French port of Marseille.

The Favre family transformed the house and park, adding the large library which contains some 15,000 books belonging to Francois' son Guillaume.

The oldest volumes date back to the 15th century and the collection is especially strong in history, literature, and ancient languages.

The villa held a gala in 1864 for the diplomats who signed the first Geneva Convention governing the treatment of sick and wounded combatants.

Guillaume's grandson William Favre bequeathed the villa and the estate to the city in 1917, with the house to be used for civic receptions.

When he died the following year, he also left the library collection to Geneva in his will.

A reception was held at the villa in 1921 for the first Red Cross conference after World War I. The meeting reflected on experiences from the Great War and, for the first time, mandated the organization to assist victims in civil wars too.

The June 10, 1969 papal visit to Geneva, the epicentre of Calvinism, saw Pope Paul hold an open-air mass in the gardens, with his homily containing words that Biden and Putin could draw upon.

"Here is Switzerland offering us, once again, a moment of relaxation and reflection," the pontiff said.

Peace, he said, was "not a weakness, but a strength.

"Let us strive to be generous peacemakers," he concluded.