Biden defends US pullout from Afghanistan as Taliban celebrate 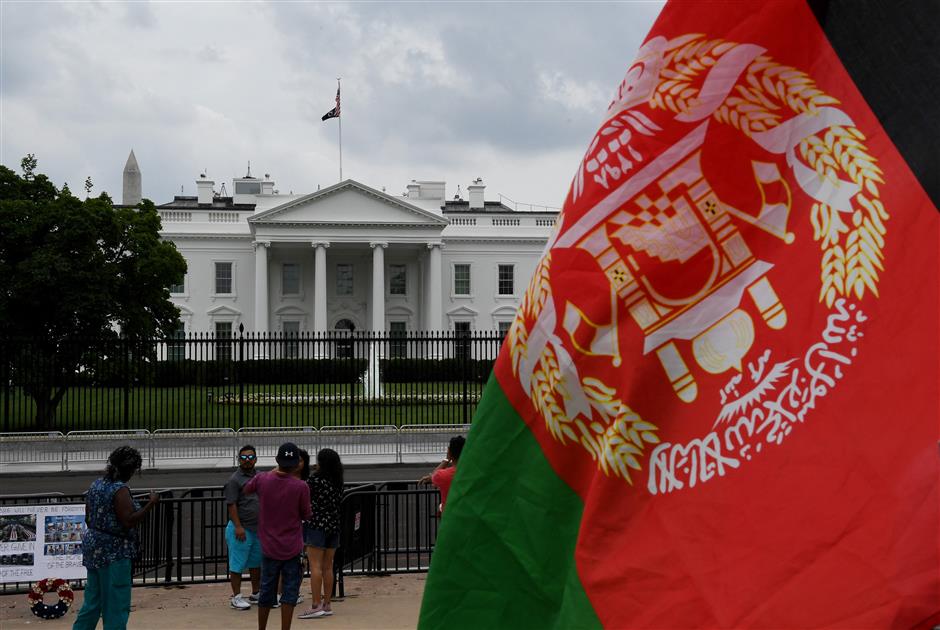 An Afghanistan flag is displayed outside the White House on August 31, 2021, in Washington, DC.

President Joe Biden on Tuesday mounted a fierce defense of his exit from Afghanistan as the "best decision for America," the day after the US military withdrawal celebrated by the Taliban as a major victory.

"This is the right decision. A wise decision. And the best decision for America," Biden said in an address to the nation in Washington, after he stuck to an August 31 deadline to end two decades of bloodshed that began and ended with the hardline Islamists in power.

He spoke after the United Nations warned of a looming "humanitarian catastrophe" in Afghanistan, underscoring the daunting challenges that the victorious Taliban face as they transform from insurgent group to governing power.

For America, Biden argued, the only choice in Afghanistan was "leaving or escalating."

And the president, whose critics have savaged him for his handling of the withdrawal, said the frenzied airlift – which saw the United States and its allies fly more than 120,000 people fleeing the new Taliban regime out of Afghanistan – was an "extraordinary success." 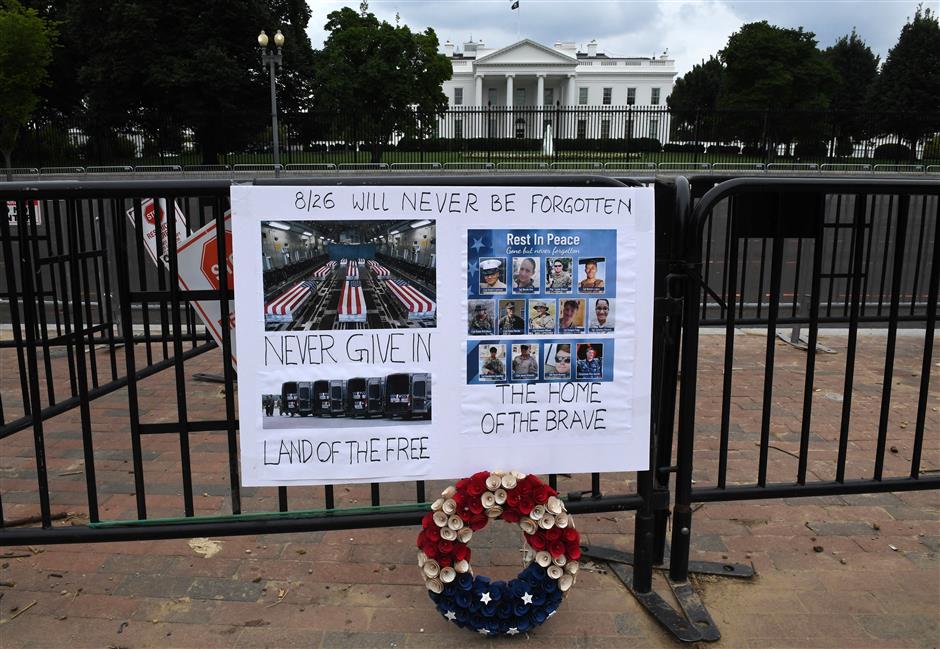 A makeshift memorial for the 13 members of the US military killed in Afghanistan last week is seen outside the White House on August 31, 2021, in Washington, DC.

"No nation has ever done anything like it in all of history; only the United States had the capacity and the will and ability to do it," he said.

The Taliban also saw the airlift as a success: a mark of their astonishing comeback and defeat of a global superpower.

Taliban fighters fired weapons into the sky in Kabul in the early hours of Tuesday in jubilation after the last US plane flew out. Later, they swept into the capital's vast airport.

"Congratulations to Afghanistan... this victory belongs to us all," Taliban spokesman Zabihullah Mujahid told reporters hours later on the airport runway.

Mujahid said the Taliban's victory was a "lesson for other invaders."

In Kandahar, the spiritual birthplace of the movement and the country's second-largest city, thousands of celebrating supporters swept onto the streets. 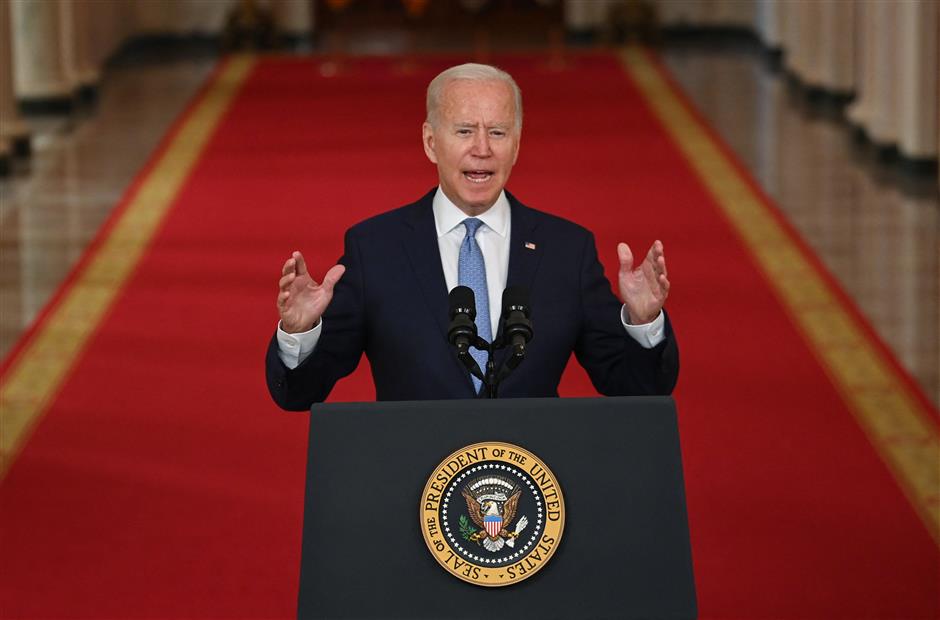 US President Joe Biden speaks on ending the war in Afghanistan in the State Dining Room at the White House in Washington, DC, on August 31, 2021.

The US has said that "under 200" of its citizens remained in the country, and Britain said the number of UK nationals inside was in the "low hundreds."

Thousands of Afghans who worked with the US-backed government over the years and fear retribution also want to get out.

Talks are ongoing as to who will now run Kabul airport, which German Chancellor Angela Merkel warned was of "existential importance" as a lifeline for aid.

The Taliban group has repeatedly promised a more tolerant brand of governance compared with their first stint in power, and Mujahid persisted with that theme.

But UN chief Antonio Guterres gave a stark assessment of the challenges they face as they build their new regime.

He expressed his "grave concern at the deepening humanitarian and economic crisis in the country," adding that basic services threatened to collapse "completely."

He pleaded for financial support from the international community for the war-ravaged country, which is dependent on foreign aid.

"I urge all member states to dig deep for the people of Afghanistan in their darkest hour of need," Guterres said in a statement.