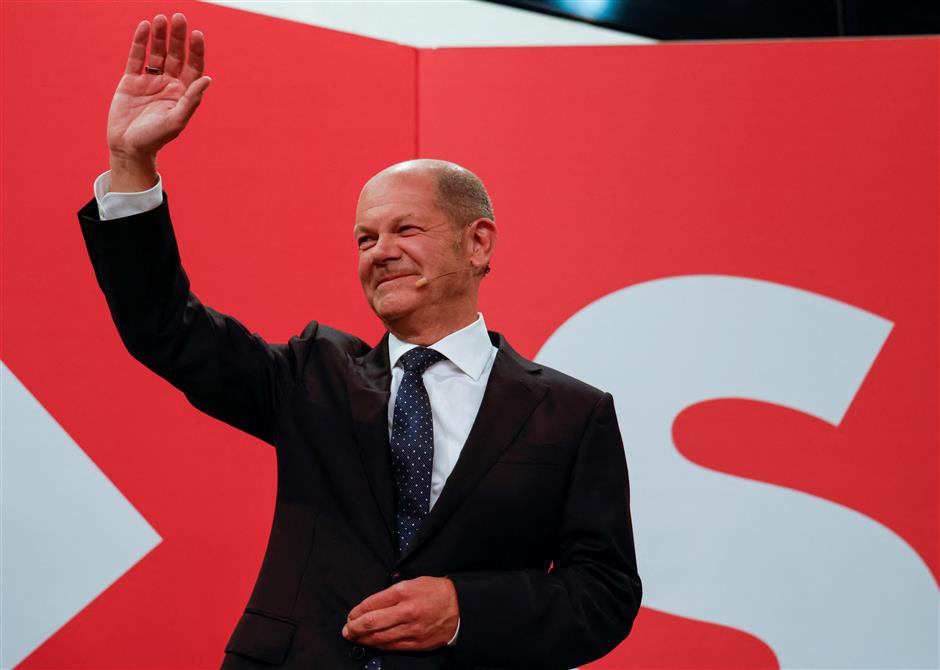 The SDP's share of the vote surged by 5.2 percentage points from four years ago, while its main rival the conservative union of Christian Democratic Union and its sister party Christian Social Union suffered heavy losses.

The provisional results showed the CDU/CSU union took only 24.1 percent of the vote in this year's parliamentary election, 8.9 percentage points lower than in the last election.