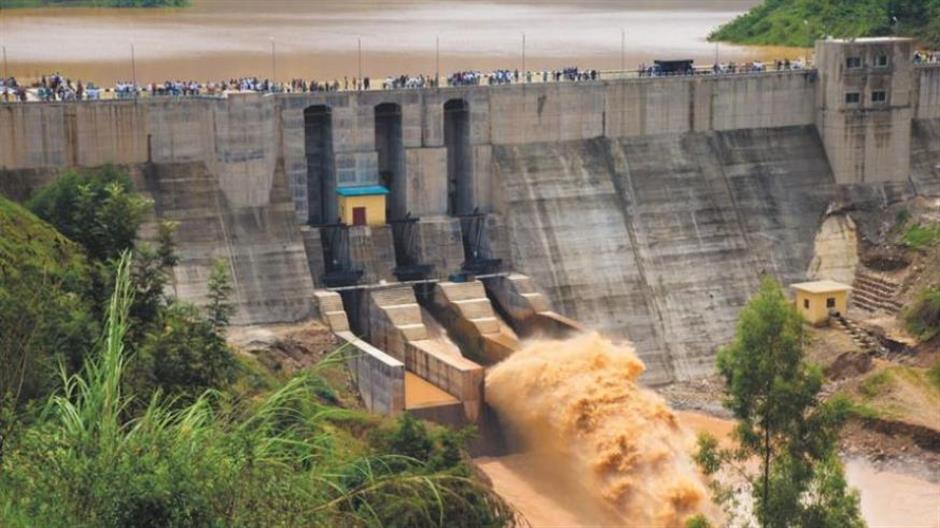 The Rwandan government has launched the construction of a 43.5 MW power plant expected to boost the country's efforts to ensure universal access to electricity by 2024.

The China-supported Nyabarongo II Hydropower Plant is a multipurpose development project located on the main stream of Nyabarongo River, at the junction of Rwanda's Northern and Southern provinces.

The plant, to be built by China's Sinohydro, will comprise three 14.5 MW units to be added on the national grid. The project is financed by a concessional loan from the Export-Import Bank of China.

"Besides increasing power generation capacity, we count on this project to reduce the cost of doing business, and improve the quality of life of the population through increased access to reliable, affordable power," said Felix Gakuba, managing director of Rwanda's Energy Development Corporation Limited, a subsidiary of Rwanda Energy Group, during a groundbreaking ceremony on Saturday.

He appreciated the good relations between Rwanda and China that led to the financing of the project.

This project is expected to add energy to the national grid and boost government efforts to achieve universal access to power, as well as contribute to reduction of power tariffs, Gakuba said.

It will directly impact the livelihood of Rwandans through creation of jobs and increased economic activities in the three districts of Gakenke, Rulindo and Kamonyi, he added.

More than 1,000 local residents will be employed, according to Li Jianguo, the project's manager.

The completion date was set at 2027 with 56 months, but Gakuba urged the contractors and other stakeholders to aim at completing the project ahead of the set completion date.

Wang Jiaxin, charge d'affaires ad interim of the Chinese Embassy in Rwanda, described the project launch as a milestone.

He said this is the largest project to be supported by the Chinese government and financed by a Chinese financial institution to be built in Rwanda.

"Upon its completion, the project will enable more Rwandans to get electricity, help children to study through the Internet," he said. "It is in line with Rwanda's development strategy."

Wang also highlighted several other projects supported by China in Rwanda, such as Musanze polytechnic and Masaka Hospital.

He urged Chinese contractors to cooperate with Rwandan counterparts to ensure successful completion of the Nyabarongo II Hydropower Plant project.

Dancille Nyirarugero, governor of Rwanda's Northern Province, commended China for its cooperation with Rwanda and the implementation of the project in several phases.

She said the project will play an important role in providing power and clean water, as well as controlling soil erosion.

Stressing the role of power in poverty alleviation, Nyirarugero urged residents to own up the project to ensure its effective implementation, including guarding the work equipment.

This is a national project, in the interest of all Rwandans, requiring everybody's support, she said.

Rwandans who have got jobs from the project will be able to improve their welfare by investing money in income generating projects and pay health insurance for their families, Nyirarugero added.

The district leadership will ensure the sustainability of all activities of the project site, he said, calling on residents to ensure erosion control on the hills around the project site.