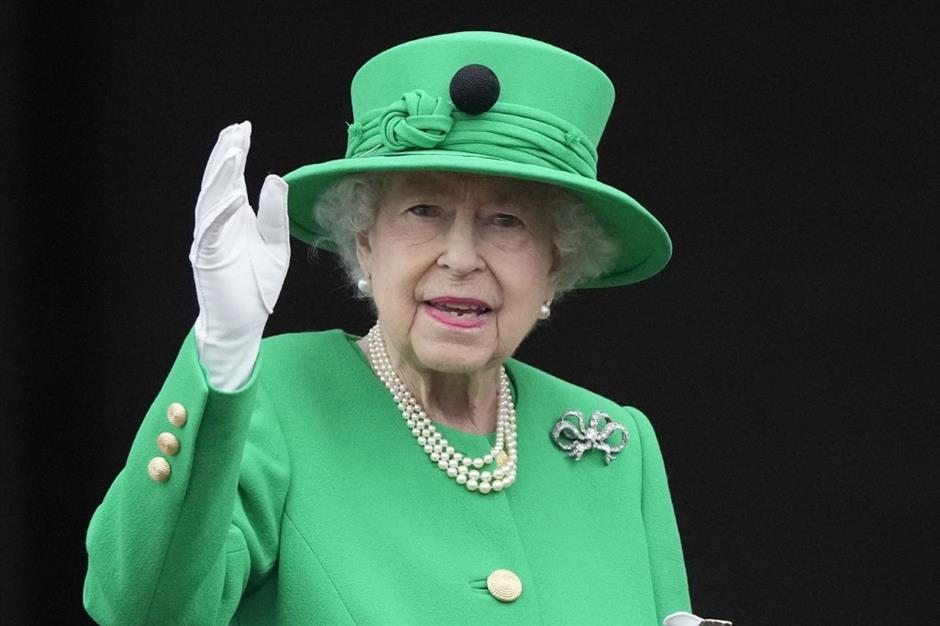 Queen Elizabeth II, the longest-serving monarch of the United Kingdom, on Sunday vowed to keep serving the people after celebrations for her 70 years of reign.

"When it comes to how to mark 70 years as your queen, there is no guidebook to follow... But I have been humbled and deeply touched that so many people have taken to the streets to celebrate my Platinum Jubilee," the 96-year-old monarch said in a statement, capping the four-day national celebrations.

Tens of thousands of people took to the streets of London for celebrations that include military parades, concerts and cultural shows.

The Queen briefly appeared Sunday afternoon on the balcony of Buckingham Palace, her royal residence in central London, at the end of daylong pageant featuring street arts, music and carnival in central London.

She missed a thanksgiving service at St. Paul's Cathedral on Friday and a star-studded concert and light show outside Buckingham Palace on Saturday due to her mobility issue after appearing on the Palace's balcony for Trooping the Color on Thursday.

"While I may not have attended every event in person, my heart has been with you all; and I remain committed to serving you to the best of my ability, supported by my family," the Queen said.