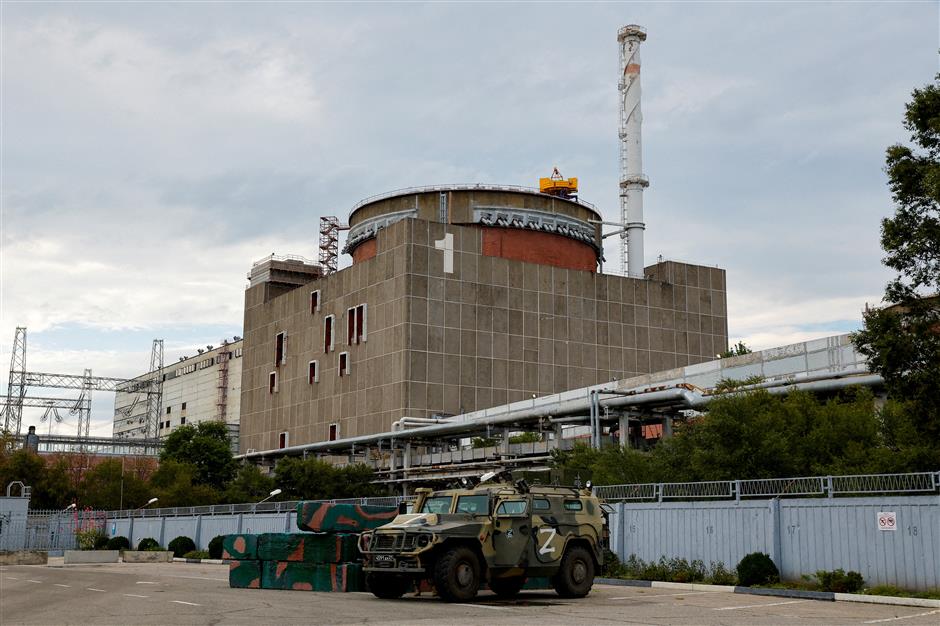 A Russian vehicle is parked outside the Zaporizhzhia Nuclear Power Plant during the visit of the International Atomic Energy Agency (IAEA) expert mission outside Enerhodar in the Zaporizhzhia region, Ukraine, on September 1, 2022.

Russian President Vladimir Putin and his French counterpart, Emmanuel Macron, held a telephone conversation on the safety of the Zaporizhzhia nuclear power plant (NPP), the Kremlin said in a statement on Sunday.

"The Russian side drew attention to the regular Ukrainian attacks on the NPP facilities, including the storage of radioactive waste, which is fraught with catastrophic consequences," it said.

Putin stressed that Ukrainian forces have been using weapons supplied by the West and continued targeted and massive shelling on the civilian infrastructure of cities in Donbass, causing sufferings of the locals.

The Russian president mentioned the measures taken by the Russian specialists on ensuring the physical safety of the plant, stressing the necessity to influence the Kiev authorities so that any shelling would be ceased immediately, the statement said.

Both leaders confirmed the mutual position for engaging in non-politicized interaction on the situation of the NPP with the participation of the International Atomic Energy Agency.

In recent weeks, the site of the power plant has been attacked by days of shelling, sparking international concerns about safety.