Beckham queues through the night to see queen's coffin 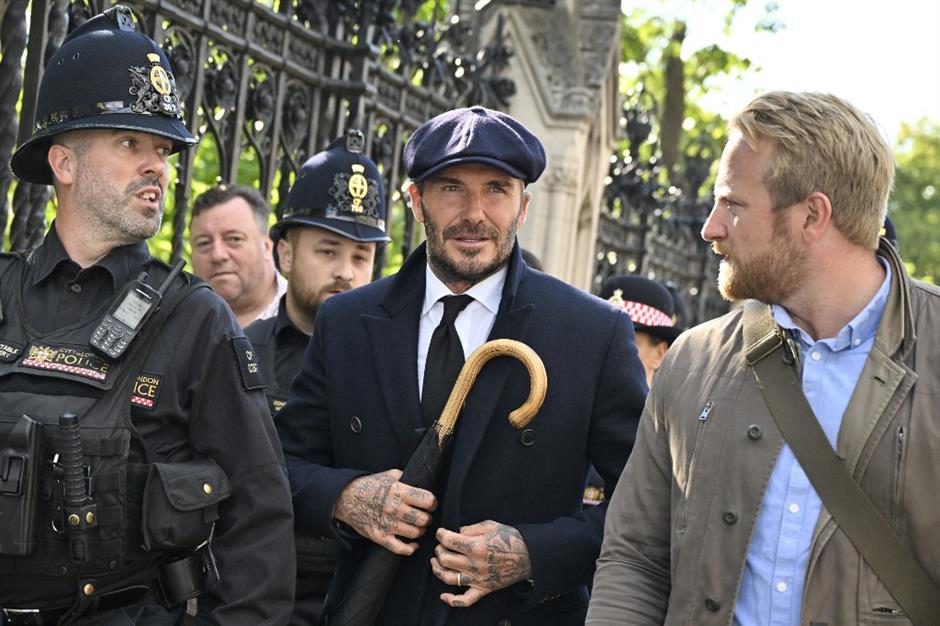 Former England football captain David Beckham said it was "very emotional" to pay his last respects to Queen Elizabeth II on Friday after he queued for hours through the night to file past her coffin.

The ex-Manchester United and Real Madrid star stood among the tens of thousands of people snaking through London toward Westminster Hall to say farewell to Britain's longest-serving monarch.

Queen Elizabeth's death has triggered an outpouring of emotion across the nation, with people queueing for many hours to pay their respects to the monarch, who died on September 8 aged 96 after reigning for more than 70 years.

Her coffin is lying in state at Westminster Hall ahead of her funeral on Monday.

The queue was temporarily paused on Friday after a park at the end of the line along the River Thames reached capacity, the government said, with expected queueing times now topping 24 hours. 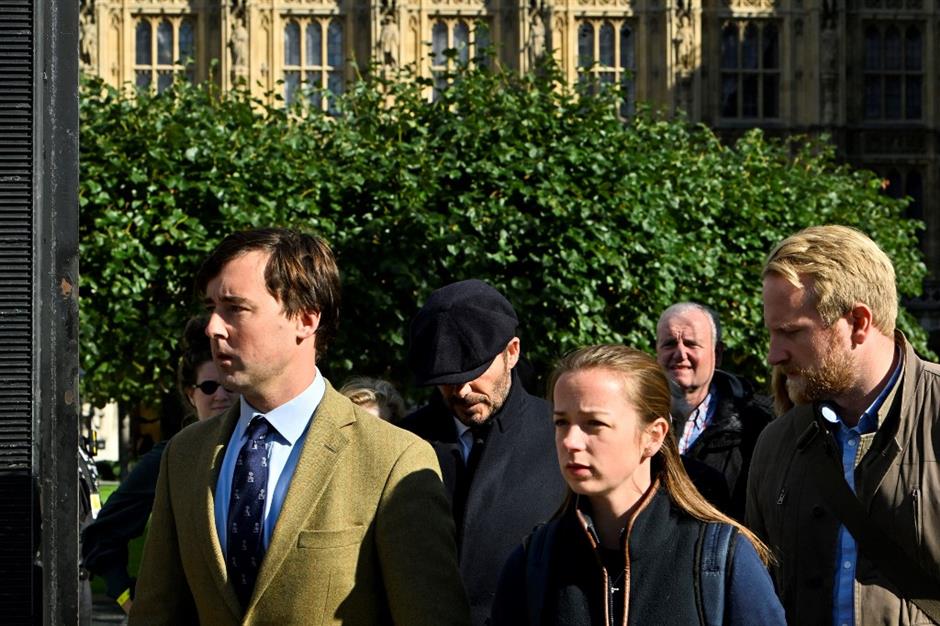 English former football player David Beckham (rear C) leaves Westminster Hall, at the Palace of Westminster, in London on September 16, 2022 after paying his respects to the coffin of Queen Elizabeth II as it Lies in State.

Beckham, 47, was seen wearing a dark suit and tie as he eventually filed past the late sovereign's coffin.

He stood with his hands behind his back, bowed his head toward the catafalque, then bit his lip before leaving Westminster Hall.

"It's very emotional, and the silence and the feeling in the room is very hard to explain," the football icon told reporters after filing past the coffin.

"We're all there to say thanks to Her Majesty for being kind, for being caring, for being reassuring throughout the years.

"She's been our queen and the legacy that she has left is incredible.

"To have led the country the way she led our country, for the amount of years that she did, with the respect that she... has gained around the world – not just in our own country – speaks volumes."

Beckham was made an officer of the Order of the British Empire in 2003 and received his medal in person from Queen Elizabeth.

Beckham said he had turned up to queue at 2:00am, hoping to dodge the main rush but had been thwarted in his plan.

The former footballer also said that every time the national anthem had been played at England matches was special.

Queen Elizabeth's state funeral will take place on Monday in London's Westminster Abbey, with more than 2,000 guests invited, including heads of state and government from around the world.