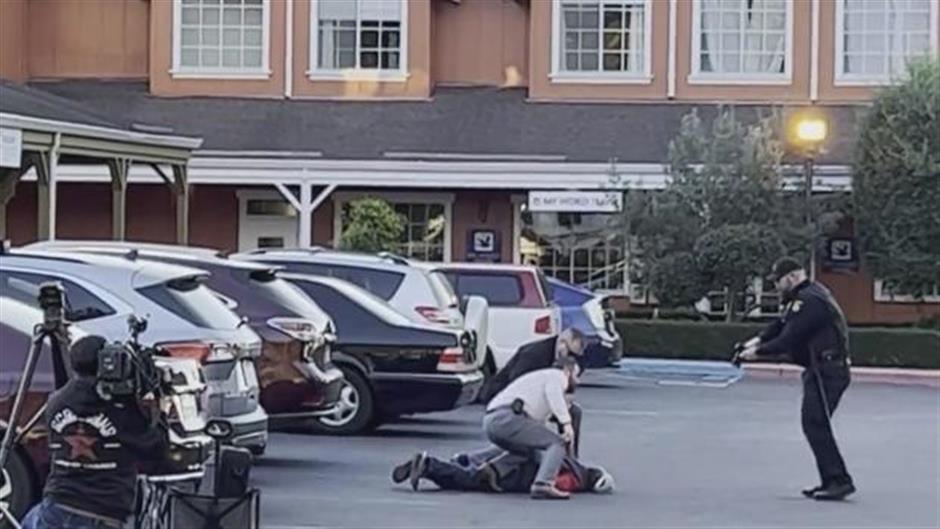 Officers take a man into custody after he drove to a sheriff's office media staging area following multiple shootings in Half Moon Bay that left at least seven people dead, January 23, 2023. -- CBS

Seven people were killed and one was critically injured in two shootings in northern California on Monday, U.S. media reported.

The shootings occurred at two locations in the coastal northern California city of Half Moon Bay, about 50 km south of San Francisco.

The motives of the shootings are still unknown, Los Angeles Times quoted a statement of the Sheriff's Office as saying.

Previously, the Sheriff's Office reported on Twitter a shooting incident with multiple victims and said a 67-year-old suspect was arrested.

"The Sheriff's Office is responding to a shooting incident with multiple victims in the area of (Highway) 92 and the (Half Moon Bay) City limits," it tweeted. "Suspect is in custody."

The shootings took place just two days after 11 people were killed in a mass shooting in the city of Monterey Park, one of the worst mass shootings in Los Angeles County.