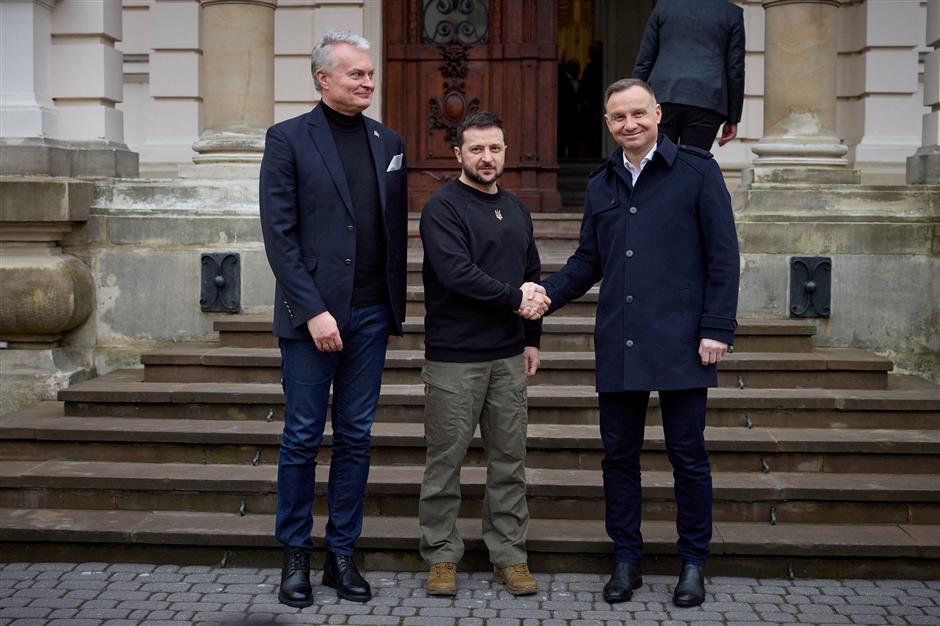 "The Germans have already received our request for consent to send Leopard 2 tanks to Ukraine," he said on Twitter.

Poland announced earlier this month that it was ready to deliver 14 Leopard tanks to Kyiv within the framework of an international coalition of countries but was waiting for a clear statement from Berlin authorising the transfer.

After days of mounting pressure, German Foreign Minister Annalena Baerbock on Sunday said Berlin would not stand in the way if Warsaw asked to send Leopard tanks.

"I am also calling on the German side to join our coalition of countries supporting Ukraine with Leopard 2 tanks," Blaszczak tweeted Tuesday.

"It's our common cause because this is a matter of the security of all of Europe."

The Polish minister said last week that he had met his counterparts from 14 countries to discuss the formation of an international coalition to send tanks to Ukraine.