Leishman puts himself in frame for US$10m bonus

Marc Leishman’s dominant BMW golf Championship victory has put him in the frame for the FedExCup’s US$10 million bonus but the Australian would prize the validation of beating the world’s best much more than the money, his long-time coach has said.

Denis McDade, Leishman’s Melbourne-based mentor for over 15 years, watched his charge trounce the field by five strokes at Conway Farms in Lake Forest, Illinois, and soar into contention ahead of the Tour Championship finale.

Only three-time major winner Jordan Spieth, Justin Thomas and world No. 1 Dustin Johnson lie ahead of the burly Australian in the FedExCup standings, and McDade has little doubt Leishman belongs in their company.

Money, however, will be the last thing on his mind when he tees up at the East Lake Golf Club at Atlanta, said McDade.

“If you offered him a choice of the bonus or beating the best players in the world and winning the FedExcup, he would take the win for sure,” McDade said. “He’d be very happy to stick his hand out, but I can say with utter conviction, it’s not about the money.

Leishman did just that with his wire-to-wire win at the BMW Championship, as he saw off a fierce Sunday challenge from former US Open winner Justin Rose before slamming the door shut with consecutive birdies on the back nine.

It was a big statement from Leishman who had let slip a winning position at the Dell Technologies Championship, the second stop of the FedExCup playoff series, outside Boston two weeks before.

With major-winning compatriots Adam Scott and Jason Day hogging much of the attention at home, the down-to-earth Leishman has tended to fly under the radar despite a burgeoning resume and a number of near-misses at the majors.

“If you ask the players, they say how talented he is,” said the coach.

“He’s become pretty comfortable in his own skin... I think there’s a new respect for him.

“From a coach’s point of view, for him to have earned that respect, I think that’s all part of building that faith and belief in himself to take the next step.” 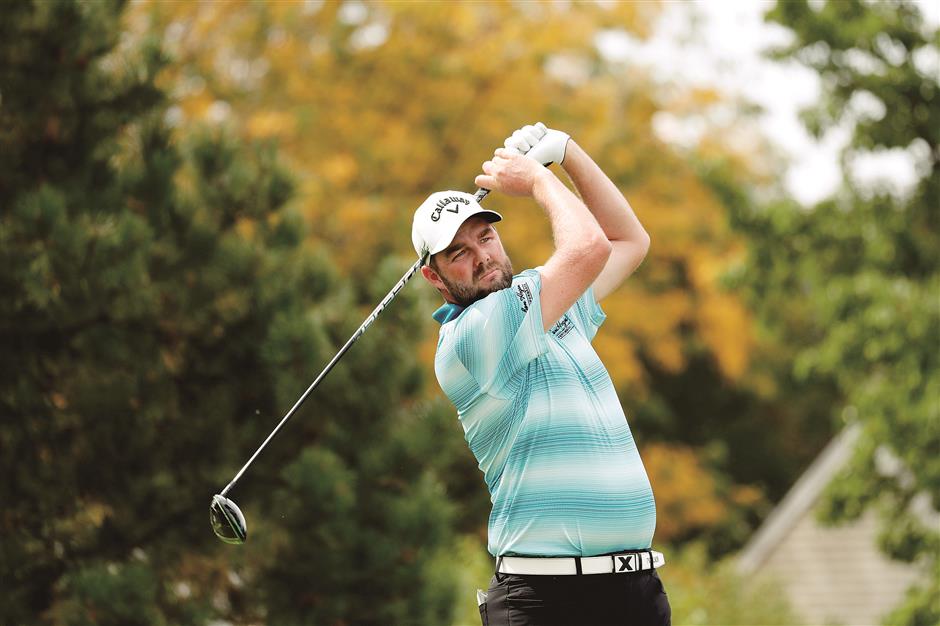 Marc Leishman of Australia tees off on the fourth hole during the final round of the BMW Championship golf tournament at Conway Farms Golf Club in Illinois on September 17.

Leishman has taken time to truly find his feet, with his maiden Tour win at the 2012 Travelers Championship not backed up with a second title until the Arnold Palmer Invitational in March.

In between, the Australian suffered a major emotional trauma when his wife Audrey suffered toxic shock syndrome in 2015 and was given little chance of survival.

She recovered and recently gave birth to their third child.

A father of two at the time, the health scare gave Leishman a new perspective on life.

“People talk about sport being life and death. He nearly lost Audrey a number of years ago and I don’t think he’d be around playing if she hadn’t survived,” said McDade.

“He would have given it up to take care of his kids.

“When it happens like that, it puts a lot of things in perspective. Once she was healthy and things were taken care of, his career’s taken off since.”

Fundamentally, however, Leishman remains the same personality as the laid-back 18-year-old from the seaside town of Warrnambool that McDade first taught.

Not one for punishing sessions in the gym, Leishman enjoys the therapy of mowing the grass around the green in his backyard and is hugely popular among his Tour peers.