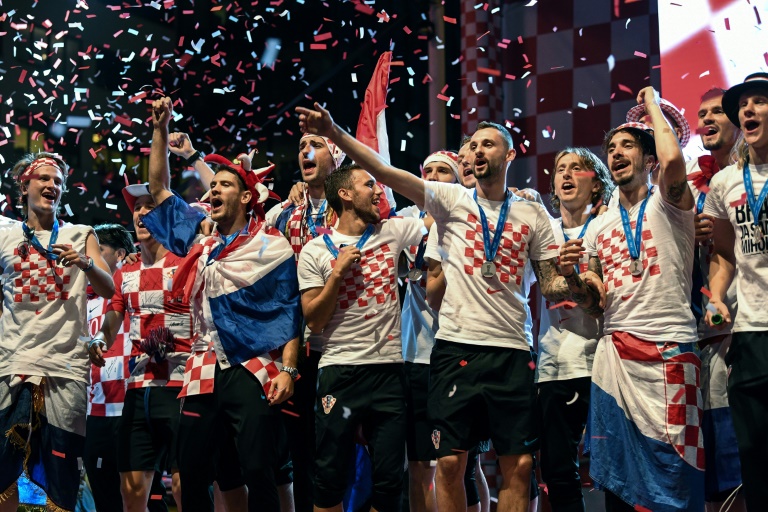 Hundreds of thousands of Croatians took to the streets in Zagreb on Monday to greet their players as they returned home from Russia after losing the World Cup final.

A crowd estimated by police at more than 550,000 people cheered the team during its parade on an open-top bus from the airport to the capital's main square.

It took five hours for the bus to get to Jelacic square as it was moving slowly through euphoric fans many waving flags, wearing the famous Croatia red and white shirt and singing popular songs.

Since the former Yugoslav republic's independence in 1991, Zagreb has only once seen a larger crowd -- for the visit of Pope John Paul II in 1994.

More than 100,000 people thronged the square to hail Vatreni (the "Fiery Ones" in Croatian) led by captain and World Cup Golden Ball winner Luka Modric.

"Hrvatska, Hrvatska!" (Croatia) the fans chanted as team coach Zlatko Dalic and the players stepped on an improvised stage in front of a giant screen under a shower of red and white confetti.

The players and the crowd sang the national anthem of the country of around four million people.

"Thank you Croatia! Thank you Zagreb! We have achieved our dream!" Modric told the euphoric crowd.

Popular Croatian singer Marko Perkovic Thompson, known for his pro-Nazi sympathies, boarded the bus and also sang a song on the stage with the players and the crowd.

In the past Perkovic, whose repertoire is dominated by patriotic songs, has been banned from giving concerts in several European countries because of his sympathies for Croatia's notorious World War II pro-Nazi Ustasha regime.

At his concerts, Ustasha symbols are often brandished while some fans use the Nazi salute.

During the parade Dalic and the players signed flags and jerseys handed to them by cheering fans walking next to the bus.

Ecstatic supporters held up banners celebrating the runners-up after their gallant 4-2 defeat by France.

"This is how Croatia is loved," read one banner. Another said: "We are few, but we believed and that is enough."

Many even skipped work to celebrate the team reaching their first ever World Cup final.

"I closed my office to welcome our heroes. I put a sign up reading 'Today, July 16, 2018', office closed due to our Vatreni," doctor Sanja Klajic told AFP.

Earlier the noisy fans awaited their side's appearance by singing the popular song "Play on my Croatia, when I see you my heart is on fire!" while watching the plane carrying the team fly over the capital.

When the aircraft, accompanied by military jets and emblazoned with the logo "Bravo Vatreni", flew overhead the crowd cheered and chanted "Hands up, hands up!". 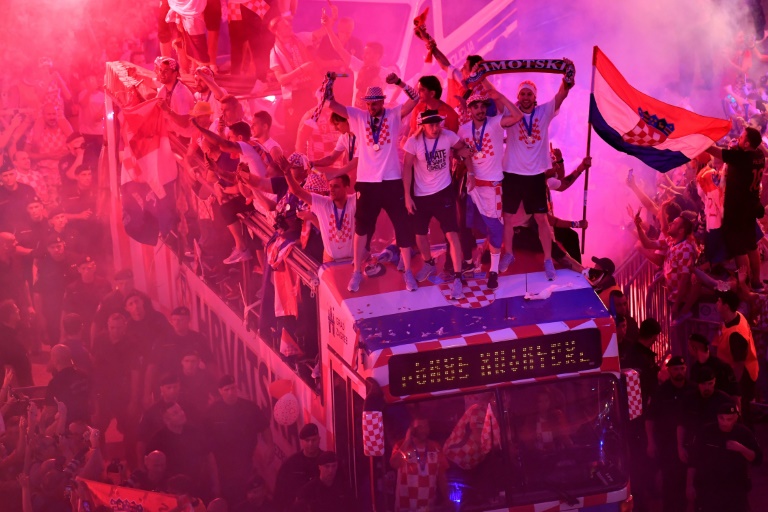