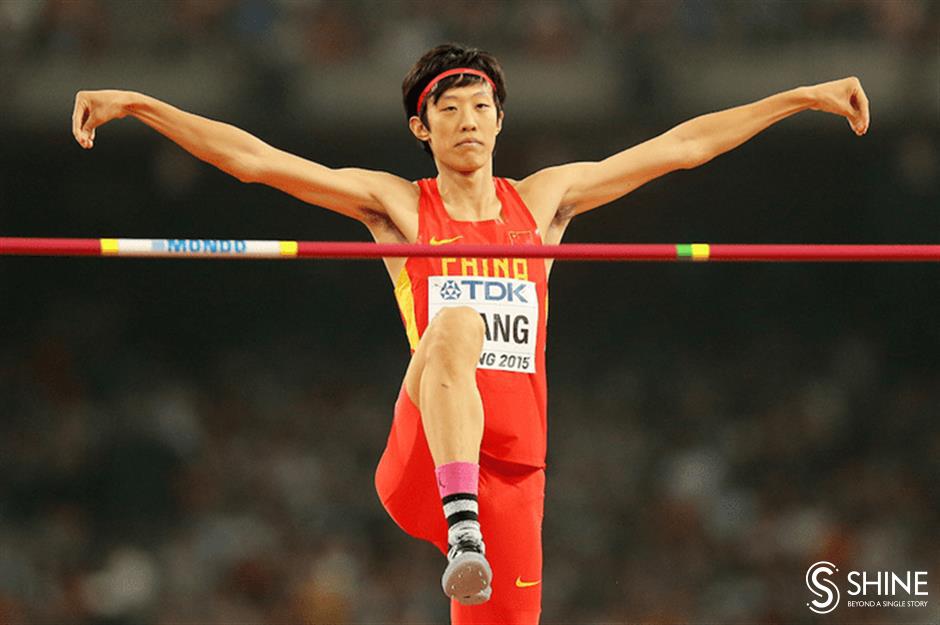 The colorful Zhang won silver at the Beijing 2015 world championships and also competed at the London 2012 and Rio 2016 Olympics.

However, his form and fitness tailed off after his 2015 triumph and his season's best performance of 2.28 meters, set in Italy's Siena in February, was some way short of the Tokyo 2020 Olympics qualifying standard of 2.33 meters.

The Tokyo Games were last week moved to the summer of 2021 because of the coronavirus pandemic.

Zhang was suspended in March last year for an undisclosed amount of time for breaking Chinese athletics' strict rules on commercial activities.

His return to the national team was blighted by more mediocre form and bursitis, an inflammation of the joints, the People's Daily said.

But Zhang still had many fans in China because of his quirky character, celebrating successful jumps in an exuberant fashion, twerking and striking poses, before sprinting towards spectators.

His surprise retirement was a trending topic on Weibo on Monday, with many expressing shock and disbelief.

The hashtag "Zhang Guowei retires" was read 260 million times as of Monday afternoon on Weibo.

Born in eastern Shandong Province, Zhang was well known for his playful style among track and field fans. In 2013, he cleared 2.32 meters to break Zhu Jianhua's 27-year-old national indoor record.

In 2015, Zhang recorded his personal best performance as he cleared the bar at 2.38m at the IAAF Diamond League, just 0.01m shy of the national record of 2.39m, also held by Zhu.