US veterans get Ryder Cup nod 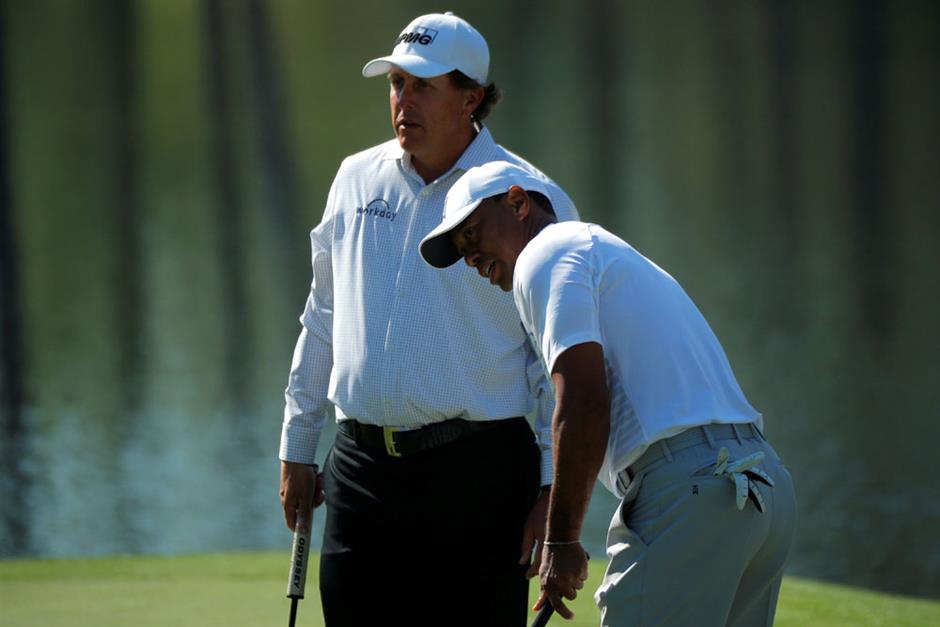 US golfers Tiger Woods (right) and Phil Mickelson on the 16th green during the second day of practice at the 2018 Masters golf tournament at Augusta National Golf Club in Augusta, Georgia in April.

Former world number one Woods had already been assured of a trip to Paris for the September 28-30 showdown with Europe after being named as one of Furyk’s non-playing vice-captains. However Woods’ form since his return to golf this year prompted Furyk to award him one of the four captain’s picks set aside for players who did not qualify automatically for the team.

“We’re all excited to see him healthy again and playing well,” Furyk said of Woods, who missed most of the 2016 and 2017 seasons with a long-term back injury. “It’s a feather in our cap to have him playing on our side.”

Woods, who has not played a Ryder Cup since 2012, revealed that he had set himself the target of making the US team at the start of the season.

“I haven’t been part of the team playing-wise for six years,” said the 42-year-old. “I served as a vice-captain a couple of years ago, and that was incredible. This year to have the honour to be able to play again is beyond special.

“At the beginning of the year that was one of my goals, to make this team. I got the call from Jim and he asked if I would serve as a vice-captain and I said ‘Absolutely.’ “But also deep down I wanted to make the team. I really wanted to play on it. It was a goal for the end of the season and as the year progressed I was somehow able to get some high finishes and lo and behold I’m on the team. It’s incredible, beyond special.”

Mickelson and DeChambeau filled the other two captain’s picks announced by Furyk on Tuesday.

The US captain will announce his final place on the defending champions’ team next week, with Tony Finau regarded as the front-runner for the position.

There had been little suspense surrounding Furyk’s announcement.

Mickelson was always regarded as a likely pick for what will be a record-breaking 12th Ryder Cup appearance.

The 48-year-old reminded Furyk of his quality with a dazzling eight-under-par 63 in the final round of the Dell Technologies Championship on Monday.

The US will be chasing their first Ryder Cup victory on European soil in 25 years when they face Europe at Le Golf National in Saint-Quentin-en-Yvelines outside Paris. Mickelson said ending that long US wait for a victory in Europe was his prime motivation.

“It’s obvious that the one thing that has been missing over the years is for our team to go over to Europe and win,” Mickelson said. “I’m very excited about the team this year. We have some incredible players, great leadership and a really special opportunity to do something that we haven’t done in a long time.

“It’s a wonderful chance to do something that I haven’t done in my career and would very much like to.”