Had Ash Hall’s legs not been blown off in Afghanistan, the former British Army bomb disposal expert would not now be part of a team contemplating entering the Le Mans 24 Hours race.

Neither would Martyn Compton, whose road to becoming a racing driver started when he suffered 75 percent burns after his tank took a direct hit in a dusty village in Helmand Province in 2006.

Both former soldiers are members of Team BRIT, aiming to become the first all-disabled outfit to compete in the world’s toughest sportscar race — possibly as early as 2021. 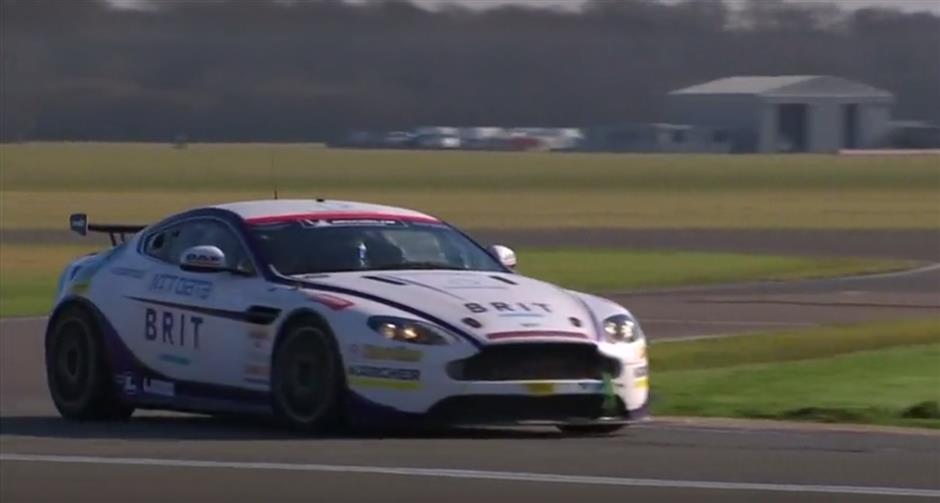 Racers of Team BRIT practice at its academy in Dunsfold.

Founded by Dave Player, another ex-military man, as British Racing Injured Troops, the team use an Aston Martin Vantage fitted with high-tech hand controls to compete on equal terms with able-bodied drivers.

“Getting to Le Mans is not a question of if, it’s a question of when,” Hall said at the launch of a Team BRIT racing academy at Dunsfold, a World War II aerodrome south of London that is also home to the popular Top Gear motoring program.

“It’s been amazing. I’ve found a new family here at Team BRIT. Everyone’s either ex-military or with similar disabilities.

“As a team we gel together really well. I think that’s part of what makes us so successful,” added the 27-year-old, who has a silver medal in wheelchair rugby from the Invictus Games founded by Britain’s Prince Harry.

A mechanic before joining the army, Hall took to racing after six years of rehabilitation in which he had to learn to walk again.

As well as losing his legs, he lost the thumb and fingers on his left hand, suffered a fractured pelvis, broken back, partially collapsed lung and detached retina when he trod on an explosive device in 2010.

He underwent more than 500 hours of surgery and had post-traumatic stress disorder but still describes himself as lucky. “Motorsport has taken me away from doing nothing, and thinking about everything, to what I was missing — the adrenalin and the team work and that,” he said.

They qualified fourth out of 24 entrants and finished ninth.

“We’re a racing team and we just happened to have been injured,” said Compton. “I’m fortunate enough to race and be in a team where the guys understand what we’ve done. And that helps. It’s like being back in the army, to be fair. We all do our bit and have a laugh.” 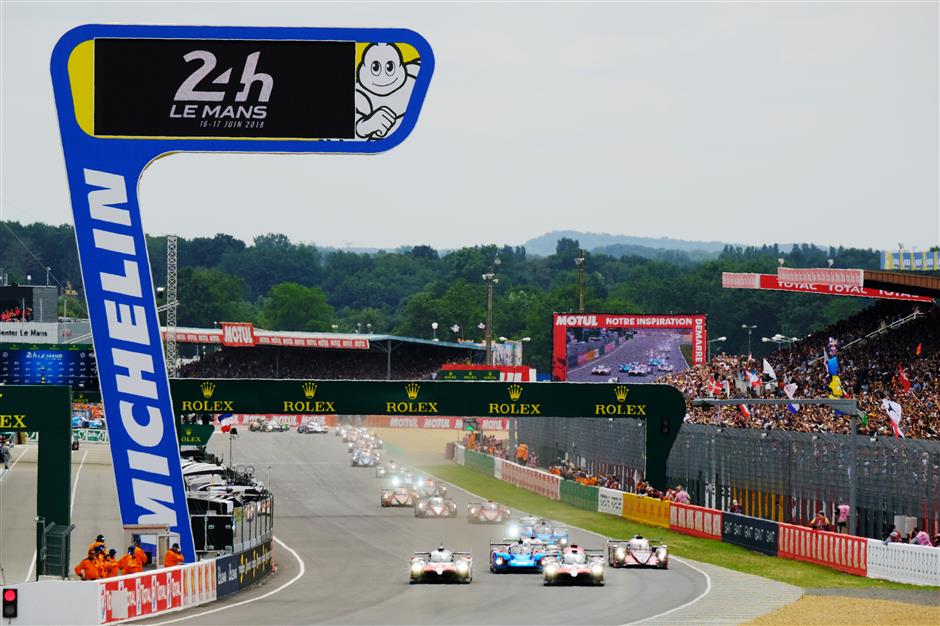 Start of the 86th edition of the Le Mans 24 Hours in France. Team BRIT, formed by injured former British soldiers, is to compete in the world’s toughest sportscar race.

Player, who suffered a spinal injury diving into a lake after leaving the army and is in a wheelchair, set up the charity KartForce in 2009 to help injured troops with 24-hour kart races.

In 2015, that expanded to endurance car racing and BRIT aims to work its way up from GT4 to Le Mans.

“Originally it was just for injured troops but I get enquiries all day, every day, from disabled people saying ‘how can I get into motorsport?’,” Player said. “So last year we decided to open up our doors to everybody. Anybody with a disability that ticks the right boxes can be eligible to join our race team.”

Nicolas Hamilton, who has cerebral palsy and is the brother of Formula One world champion Lewis, has been helping raise the team’s profile as a prominent disabled racing driver.

Chris Martin of rock band Coldplay has sponsored the team while former F1 champion Damon Hill is a patron.

“We’re not a charity. It’s really important that people understand that,” said Player. “Team BRIT is a limited company even though we’re owned by a charity. All drivers have to work for their seat, there’s no free racing.”

The academy welcomes anyone with a disability, offering track days as well as basic coaching and the steps toward a racing license.

Player said Britain had more disabled racing drivers than the rest of the world put together and half had started with Team BRIT. By the end of the year, he expected that to rise by 20 percent.

There is interest in doing something similar in the United States, with former US Special Forces officer Kirk Dooley the director of event operations at Indianapolis Motor Speedway.

“The Le Mans 24 Hours is the pinnacle of team endurance racing. For us to even dream of entering, it is a massive, massive challenge. We know that,” said Player.

“We’ve got to prove that it is possible. It’s not easy and you can only get there, like every other racing driver, if you make it happen. We’re making it happen. It will happen.”