Son Heung-min has called for his South Korea teammates to step it up as their campaign to qualify for a 10th successive World Cup kicks off on Tuesday in Turkmenistan.

The last time the South Koreans did not qualify for the World Cup was in 1982, a streak only bettered by Brazil, Germany, Argentina and Spain.

A 2-2 draw in a warmup game against Georgia last week in Istanbul worried Son, the Tottenham Hotspur forward who is captain of the South Korean team.

"If we play like we did against Georgia then we will not qualify for the World Cup," Son said. "All players, including myself, have to know that they have to give everything on the pitch."

The top-seeded teams in eight groups in the second round of Asian qualification had a bye to start the round, giving South Korea a chance to watch Turkmenistan's opening 2-0 win in Sri Lanka. The Democratic People's Republic of Korea beat Lebanon 2-0 at home in the other Group H game.

Son has warned that Turkmenistan, which is ranked 132nd in the world and has never qualified for the World Cup, should not be underestimated. He cited Tottenham's surprise 0-1 loss at home to Newcastle United in the English Premier League last month as an example.

"Korea can't think of any opponent as a weak team," Son said. "Breaking down a team that defends deep is not easy, as Tottenham found against Newcastle recently."

South Korea needs to top the group, or finish as one of the four best runners-up in the eight groups, to progress to the next stage of Asian qualifying. 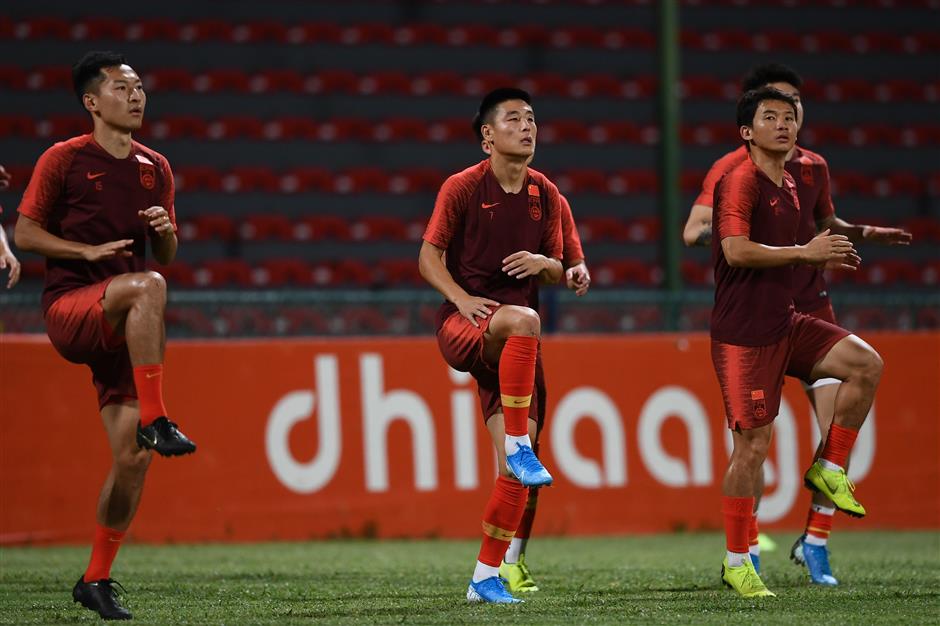 China is also set to open its campaign on Tuesday, with newly-naturalized Brazil-born player Elkeson hoping to contribute to a win over Maldives in Group A.

Becoming the first player of non-Chinese heritage to be called up by the national team, the former Botafogo star has divided opinion in the country. But if he can score the goals to take China to a first World Cup since 2002, the doubters may be silenced. Most importantly, he has the full support of China's head coach Marcello Lippi.

"I spoke to Lippi some time ago about the possibility of playing for China and I'm very happy the day has come," Elkeson said, adding that he has been made to feel very welcome by his teammates. "I want to play my part for China."

Japan, aiming for a seventh successive World Cup appearance, warmed up for its Group F opener against Myanmar with a 2-0 home win over Paraguay in Kashima.

Only four players on Japan's 23-man roster are based in the domestic league.

"We have more players going overseas and playing in tougher environments, and I think that's a good thing," said Yuto Nagatomo, who plays for Galatasaray in Turkey. "Without players who can have success at the bigger clubs Japanese soccer won't grow stronger."

Australia will start its campaign with a tricky trip to Kuwait, which trounced Nepal 7-0 in the opening game of Group B. Iran travels to China's Hong Kong for its first game, while 2022 World Cup host Qatar will be coming off a 6-0 win over Afghanistan when it takes on India, which lost its opening game at home to Oman.