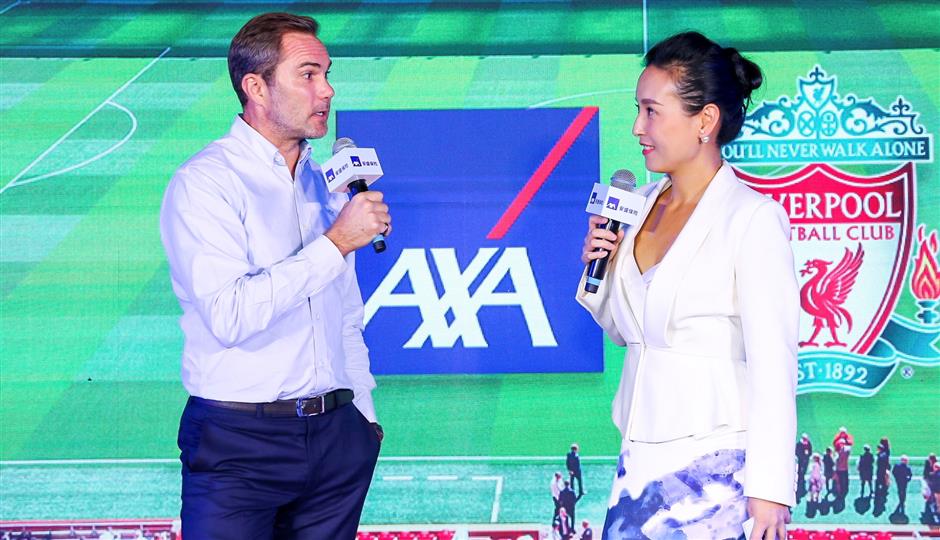 The 48-year-old Irishman was making his first visit to Shanghai as the ambassador of AXA, the official training kit partner of the English Premier League side. He shared with audience his career stories and showed off a bit of his dribbling skills.

McAteer recalled that he started attending Liverpool matches at the age of nine, and always dreamt of playing for his favorite club.

“Every footballer wants to play for his favorite club, but not everyone gets the chance,” he said.

“I trained hard and played for school teams. But I did not get selected by any of the clubs’ youth teams at the beginning, not by Liverpool, and not even by Everton (the Reds' Merseyside rival). I went on to study in college, majoring in graphic design and art. But I always carried the belief that I was good enough to be a footballer, and kept on practicing, ate the right food and stayed competitive.

“When I was 20, I signed for the (then) lower-tier club Bolton Wanderers. Some people told me I was not good enough to play for Liverpool, but I just never stopped trying. Four years later, I got the contract I always wanted.”

McAteer made 100 appearances for Liverpool from 1995 to 1999, scoring a total of three goals. He still takes part in the club’s legend games.

The Irish international also had some mentoring message for younger players.

“We live in an age of social media, where everybody has an opinion and can make it heard. Sometimes it’s not positive and there can be a lot of negative comments that young footballers have to handle.

“We don’t like negative things, but it can all be conquered as long as you stick to what you believe in — train hard, eat properly and follow discipline. Keep pushing and hold on to your own beliefs, that’s the key to making achievements,” McAteer noted.