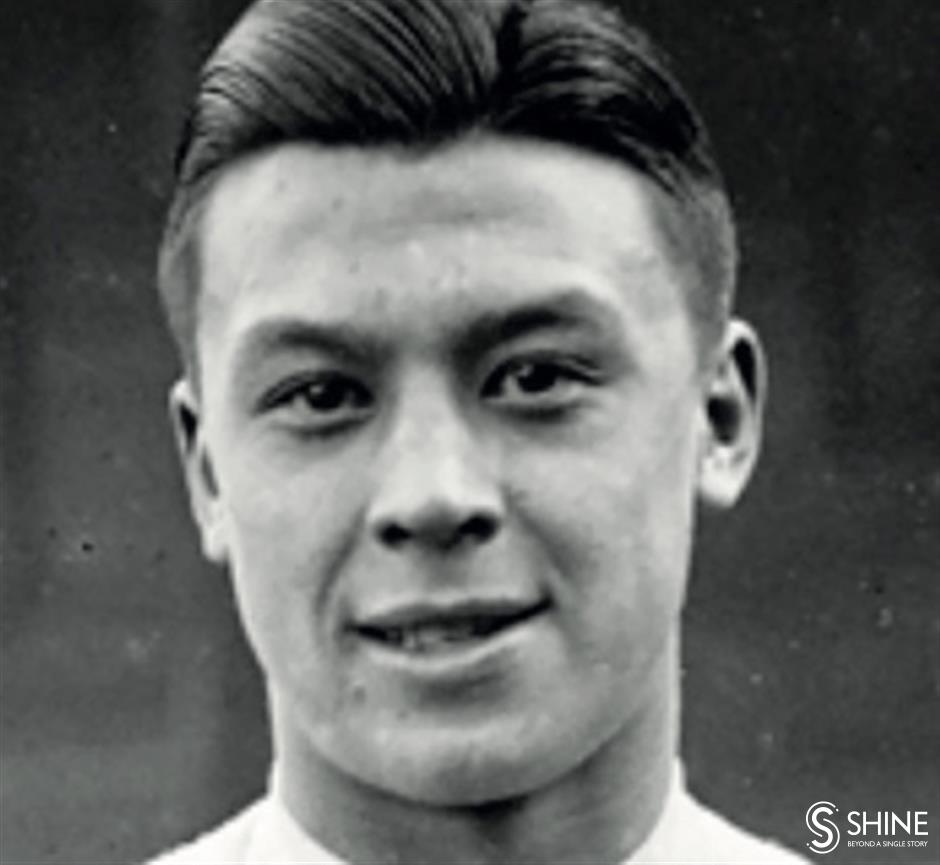 Frank Soo, the first and only player of Asian heritage to represent England's national football team, was honored by Google on Saturday on the anniversary of his debut for his country.

Soo, born in Derbyshire to a Chinese father and English mother in 1914 and raised in Liverpool, became a trailblazing figure in the sport after signing for Stoke City as a teenager in 1933.

The first player of Chinese descent to play in the English Football League, he later became the first non-white player selected by England for a wartime friendly against Wales in 1942.

Often referred to as England's forgotten footballer, Soo would go on to make nine international appearances — although none were recognized as official caps during World War II.

In collaboration with the Frank Soo Foundation, Google created a Doodle of Soo on its United Kingdom homepage to honor his memory and celebrate his inspiring legacy.

"Due to the outbreak of the coronavirus, we have not been able to work on as many of our projects as we have wished, but the Google Doodle was an amazing opportunity we had been working on for a few months now," said Alan Lau, chairman of the Frank Soo Foundation. "In the short term, we hope that his story will help to bring a positive view about Chinese in Britain."

Soo, who captained Stanley Matthews while playing for Stoke, also turned out for Leicester City, Luton Town and Chelmsford City.

He left England to take over as coach of Padova in Italy's Serie A in the early 1950s before a lengthy spell in Scandinavia with a number of different clubs.

He eventually returned to England and died in Cheadle in 1991 at the age of 76.

In 2016, A book titled, "The Wanderer: The Story of Frank Soo" was published and author Susan Gardiner once said that there was little information she could find about Soo throughout Britain.

Soo is introduced as "football's forgotten man" on the website of the Frank Soo Foundation.

"Our main aims are to promote Frank's legacy and also promote football and sports in the Chinese and Asian communities in the UK," said Lau.