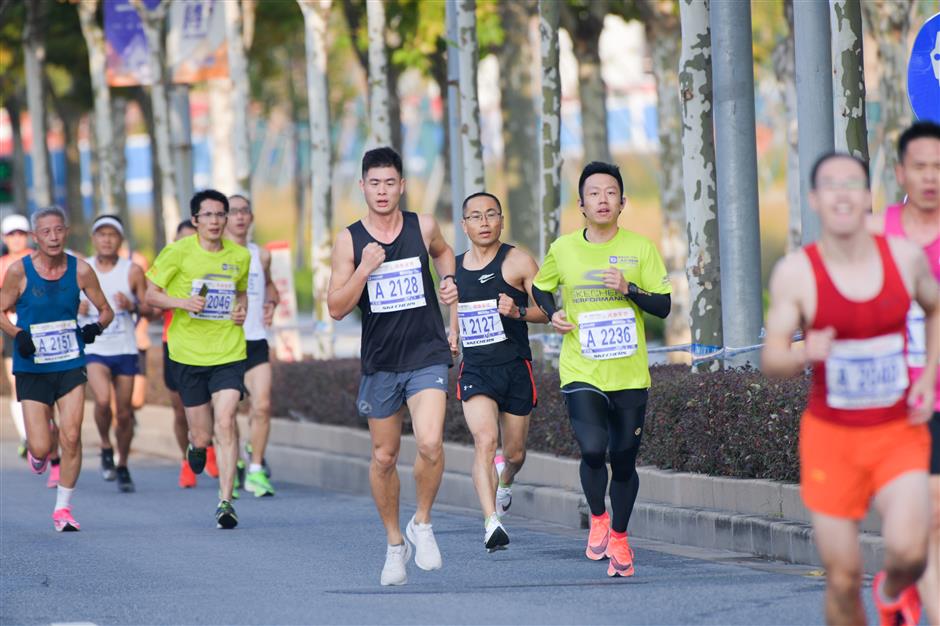 A total of 3,000 runners took part in the 2020 Shanghai Elite 10K Race, which was held in Putuo District on Sunday morning.

The event shrank its scale from last year’s 7,000 runners to 3,000 in the aftermath of the novel coronavirus outbreak, and canceled the 6-kilometer health run.

The 10-kilometer route was adjusted, with both the start and finish line set near the Shanghai Convention and Exhibition Center of International Sourcing amid COVID-19 concern. All participants, including front-tier organizing staff, were required to hand in nucleic acid test reports and had their temperatures checked before the race.

Runners were required to wear masks before and after the competition. Organizers provided bottled water instead of serving water in cups due to safety fears.

The competition started at 7:30am, with Olympic sailing champion Xu Lijia firing the starting gun for the race. This year’s event did not invite international runners. Wang Zhuang topped all male runners, finishing the race in 30 minutes and 7 seconds. Zhang Xinyan became the first female runner to cross the finish line, clocking 33 minutes.

The first 300 male and 300 female finishers were awarded quotas for next year’s Shanghai International Half Marathon.

According to organizer Shanghai Donghao Lansheng Event Management Co, which is also the organizer of the Shanghai International Marathon, this year’s marathon is expected to be held in one month’s time. 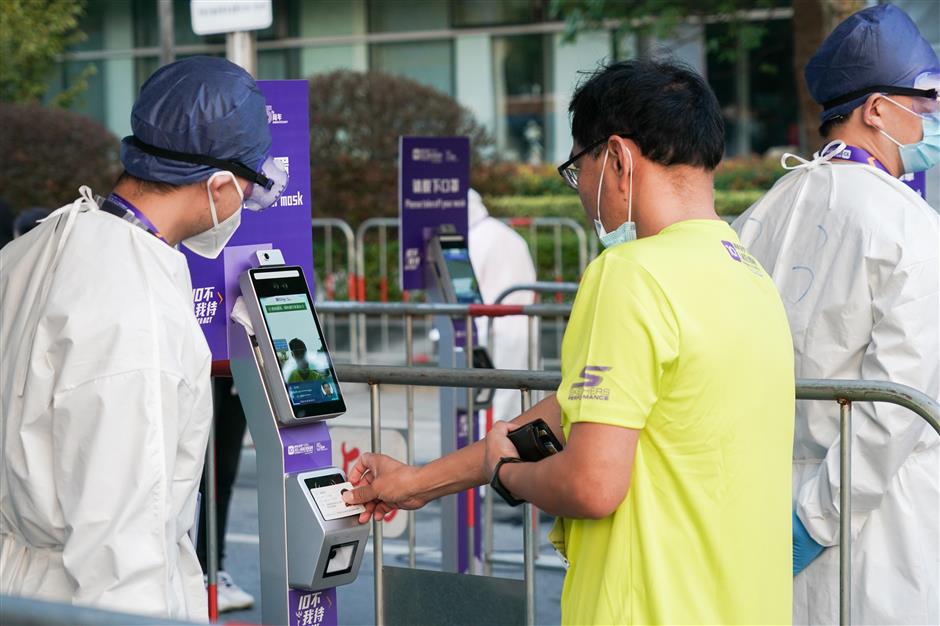 A participant in the Shanghai Elite 10K race scan his identity card and has his temperature checked before entering the competition area. 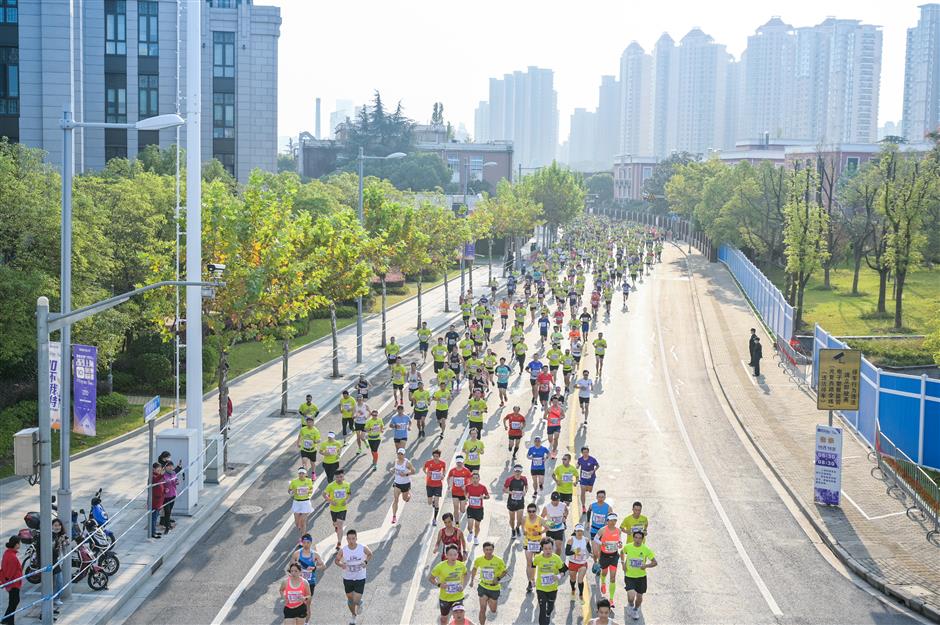