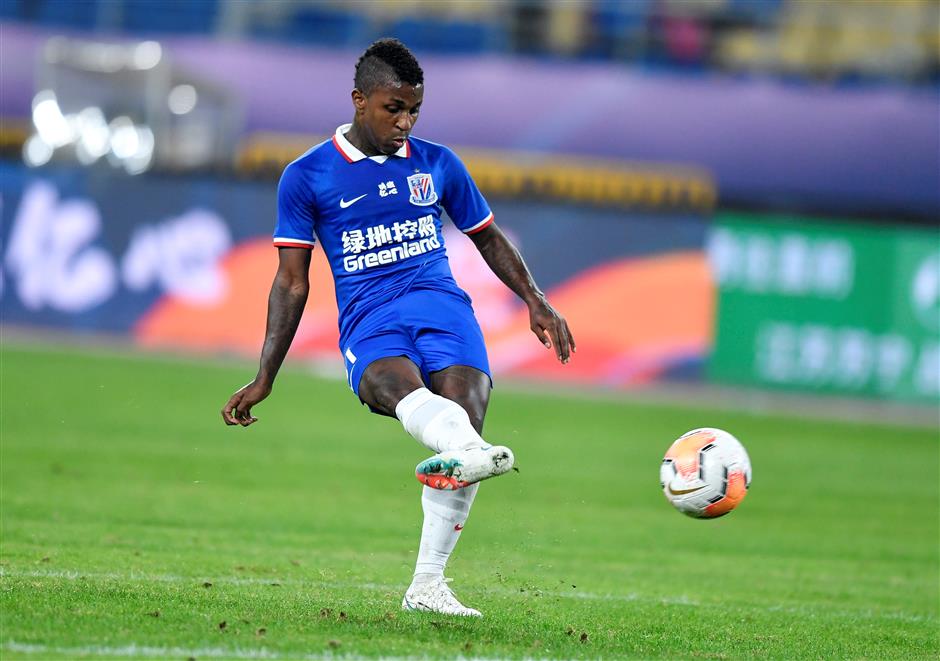 Shenhua lost captain Giovanni Moreno due to injury just 17 minutes after the whistle, the Colombian was then replaced by Qian Jiegei.

Bolanos put Shenhua ahead in the 29th minute with his maiden goal as the Ecuadorean hitman beat goalkeeper Yeerjieti Yeerzati with a free kick.

Bi Jinhao almost extended Shenhua's lead on the stroke of halftime as he burst into the box after nutmegging a defender from the by-line, only to see his attempt smack the crossbar.

Shenhua doubled its lead in the 58th as Bi squared for Bolanos to place a snooker shot into the net.

Chongqing's substitute Alan Kardec had steered his header into the net in the 62nd but it was canceled out due to offside.

Shenhua went one player down in the 74th when Cao saw a straight red card for expressing dissent to the referee after being brought down.

Chongqing pulled a goal back four minutes later as Yin Congyao rolled a cross from the left for Marcelo Cirino to drill home.

The referee awarded Shenhua a penalty after a videa assistant review, and Yu kept his cool to convert it, wrong footing Yeerzati.

The two teams will meet in the second leg on Sunday, with the winner qualifying for the playoffs for the 5th position of the coronavirus-affected CSL season.

Earlier, Henan Jianye rallied to beat Guangzhou R&F 2-1 in the first leg of their playoffs in Dalian, northeastern Liaoning Province.

Brazilian striker Adrian put the Guangzhou side ahead in the 29th when he intercepted a pass upfield before firing home a powerful shot.

Wang Shangyuan hit in the winner in the 70th, with his long-range shot giving the Guangzhou goalkeeper no chance.

Both teams will also meet in the second leg on Sunday, with the winner qualifying for the 9th position playoffs.