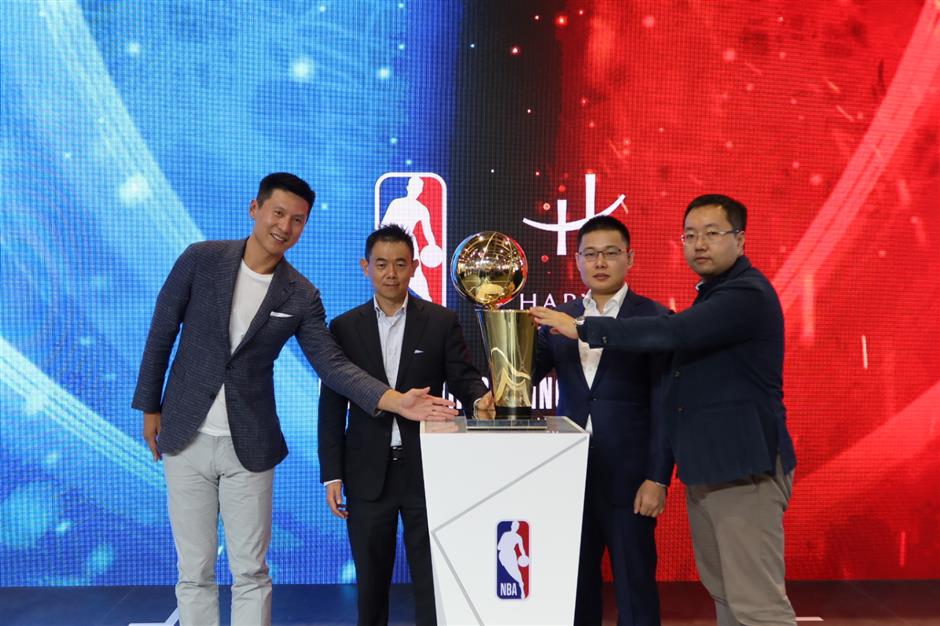 Representatives of the National Basketball Association and its new partner Harves Entertainment pose with the NBA championship trophy at the China International Import Expo in Shanghai.

The National Basketball Association announced a series of partnerships and brand promotional plans in China during its debut appearance at the China International Import Expo.

The association has set up an 800-square-meter exhibition area at the National Exhibition and Convention Center’s sports brand zone. Visitors can learn about the NBA’s development history in China and watch documentary videos of classic games.

The NBA Hoop Park became one of the most popular attractions of the exhibition zone, which is open to visitors who would like to show off their basketball skills. Radar and gravity sensors monitor a participant’s movements and calculate points automatically at the end of a 30-second shooting challenge.

The NBA championship trophy is also on display, as well as new sports wear the NBA introduced with its new partner Jack & Jones. The partnership was reached at the CIIE, showcasing the association’s determination to build a youthful and more fashionable image to explore the younger market.

Together with another new partner Harves Entertainment, the NBA announced plans to build six immersive NBA entertainment and experience centers in China.

The centers will be equipped with interactive gaming facilities, NBA-themed restaurants and other entertainment choices to enhance the American league’s connection with its Chinese followers.

The location of the six centers is yet to be announced, though the NBA unveiled that the first center would be ready as early as in 2022. 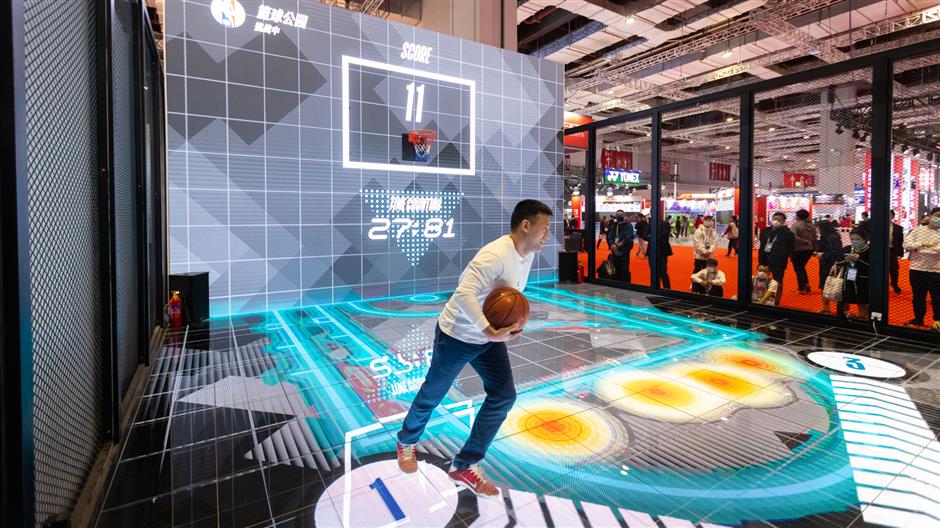 The NBA Hoop Park has become an attraction of the CIIE's exhibition zone.

San Antonio Spurs and Orlando Magic mascots welcome visitors to the NBA booth at the CIIE.

﻿
Special Reports
ADVERTISEMENT
61840
,
Forum calls for more creativity to drive tech innovation
'Meet The Bund' for a Michelin star journey
Let an umbrella be your smile! A town with plenty to be happy about
Boys vs girls: It's hard to shake old ideas
Ever-evolving trends in cuisines and wines
How to tell opinion from fact: Do you live in a world of two realities?
Animal adoption as of January 24
Ordination terrace stands strong as a symbol of Buddhist faith
Cong's Kitchen brings out nostalgic local flavors
Mural an inspiration for latest shadow puppet show
EXPLORE SHINE