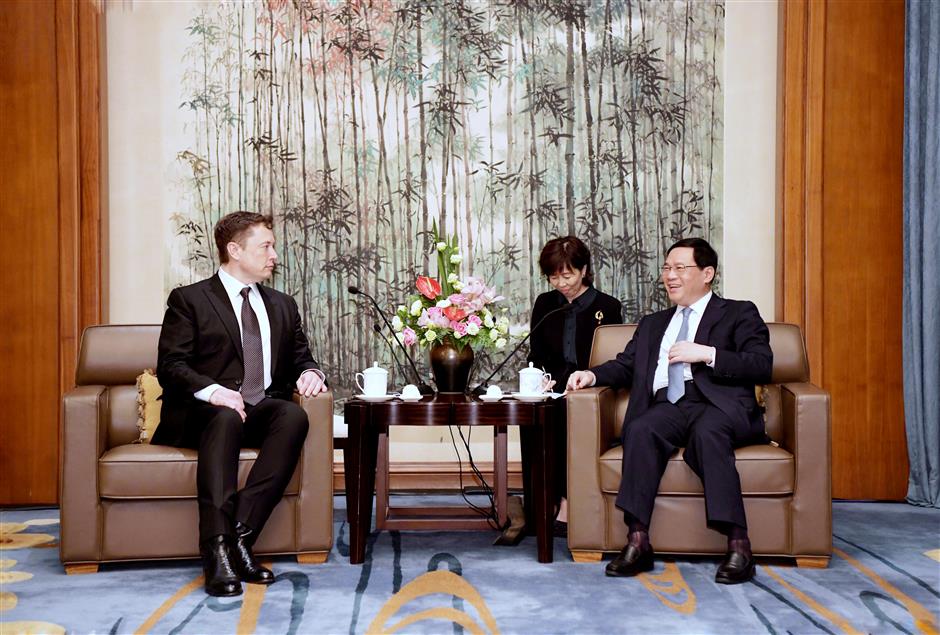 Tesla's Shanghai factory is progressing at a great speed, according to CEO Elon Musk, who has praised the work of Tesla’s China team.

"Tesla's China team has done an amazing job and I'm astounded that so much progress has been made for the Shanghai Gigafactory," Musk said during a discussion with  Alibaba's Jack Ma at the opening ceremony of the World Artificial Intelligence Conference in Shanghai on Thursday.

Musk added: "It's a good story for the world to see how much progress you can make in China. I really think China's future looks very impressive."

Shanghai is working with Tesla to speed up construction of the factory in Lingang in the Pudong New Area. The US electric car maker broke ground on the factory in January.

The main structure of Tesla’s car is already on a trial production line, according to the latest pictures on Twitter. The plant is expected to be completed in September.

Tao Lin, Tesla’s global vice president, said the Shanghai factory is proceeding even faster than expected, with the Shanghai-made Model 3 ready for delivery by the end of the year.

In just over seven months since the plant broke ground, Tesla has received an acceptance certificate from the Lingang government for a power station which is part of the factory's first phase.

Musk is expected to visit the plant in Lingang during his visit and launch a China unit for his infrastructure startup Boring Company, he said on Twitter on August 2.