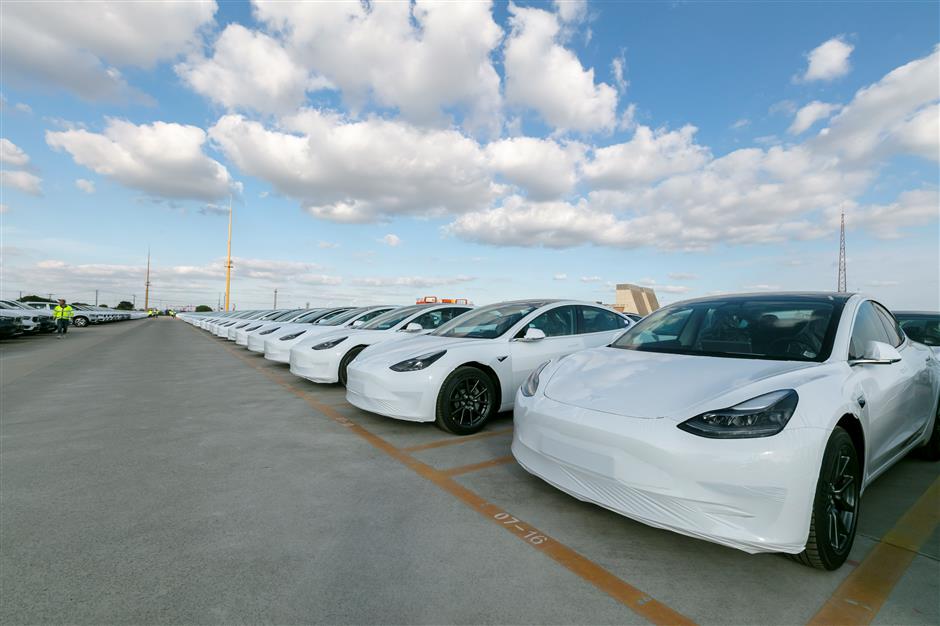 US carmaker Tesla said yesterday it would export the made-in-China Model 3 to Europe, marking another important milestone for its Shanghai Gigafactory.

The first batch of exported sedans will leave Shanghai next Tuesday and arrive at the port of Zeebrugge in Belgium at the end of November before being sold in European countries, including Germany, France, Italy, Spain, Portugal, and Switzerland.

“Relying on China’s strong industrial chain advantages and advanced manufacturing level, the global competitiveness of the China-made Model 3 is very robust,” said Song Gang, manufacturing and operation director of the Tesla Shanghai Gigafactory. “Exporting to Europe means the quality of made-in-China Model 3 sedans has been recognized by the European market.”

After the production capacity reaches the first-stage target, Tesla can meet the needs of Chinese consumers while providing high-quality products to European consumers, said Song, adding that “the export of Shanghai-made Teslas is an important step in Tesla’s global layout.”

According to Tesla, with the help of governments at all levels, Tesla has overcome the impact of the COVID-19 epidemic as its production and sales work quickly recovered.

With the continuous expansion of Tesla’s design and R&D team in China, the Shanghai Gigafactory will produce cars that better meet the needs of Chinese consumers, Song said.

The Shanghai factory, Tesla’s first car plant outside of the United States, aims to build 150,000 vehicles this year.

Tesla officially delivered the first batch of made-in-China Model 3 sedans to the public earlier this year, one year after the company broke ground on its first overseas plant.