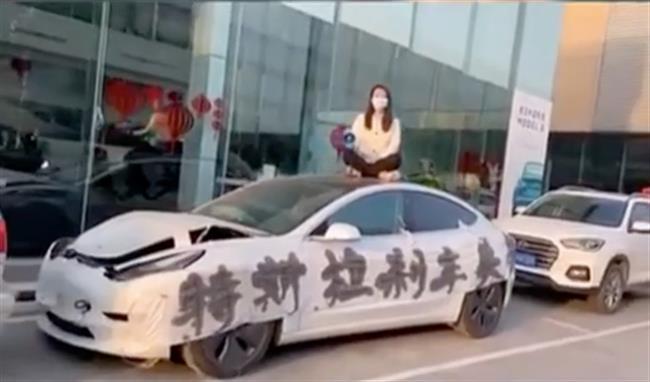 The buyer of a Tesla's Model 3 sits on top of her car to draw attention to her grievance after it was involved in an accident which she said was caused by brake failure.

US electric carmaker Tesla has responded to a buyer’s concerns after she claimed the brakes on her vehicle failed, causing an accident.

Tesla said it hopes to start third-party testing as soon as possible, according to a statement on its Sina Weibo account.

On Tuesday, the buyer of a Model 3 in Henan was pictured sitting on top of her car in a bid to draw attention to her grievance on social media. The owner, surnamed Zhang, wrote that the “brakes of my Tesla Model 3 vehicle failed and four family members were nearly killed.”

On February 21, Zhang Zhiqiang, the car owner’s father, was driving the vehicle on the 341 National Highway when it was in collision with two other cars traveling in the same direction.

According to an accident report, he should have maintained a safe distance from the car in front, leaving enough space to brake in the case of an emergency. It said he was fully responsible for the accident. 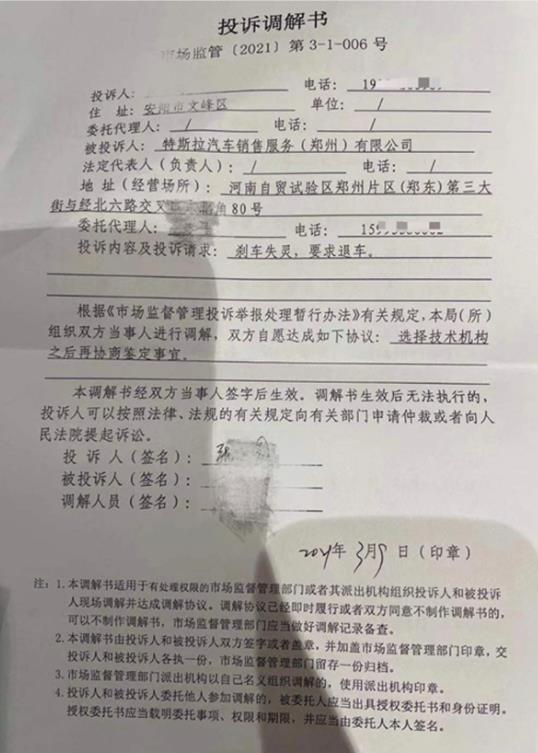 Zhengzhou's market supervision and management department talked to both parties on Tuesday.

The car owner is demanding to return the vehicle.

Zhengzhou's market supervision and management department talked to both parties on Tuesday and the two sides said they would negotiate after selecting a technical evaluation agency.

Tesla said that after checking and analyzing vehicle data and on-site photos, it found that the speed of vehicle before braking was 118.5 kilometers per hour. During braking, the antilock braking system worked normally, along with the front collision warning and automatic emergency braking functions. Tesla said there was no abnormality in its vehicle braking system.

The car owner responded by saying that the vehicle data can be revised by Tesla and she did not trust the automaker.

A third-party investigation into the accident has not yet been released. Tesla said the results would be published