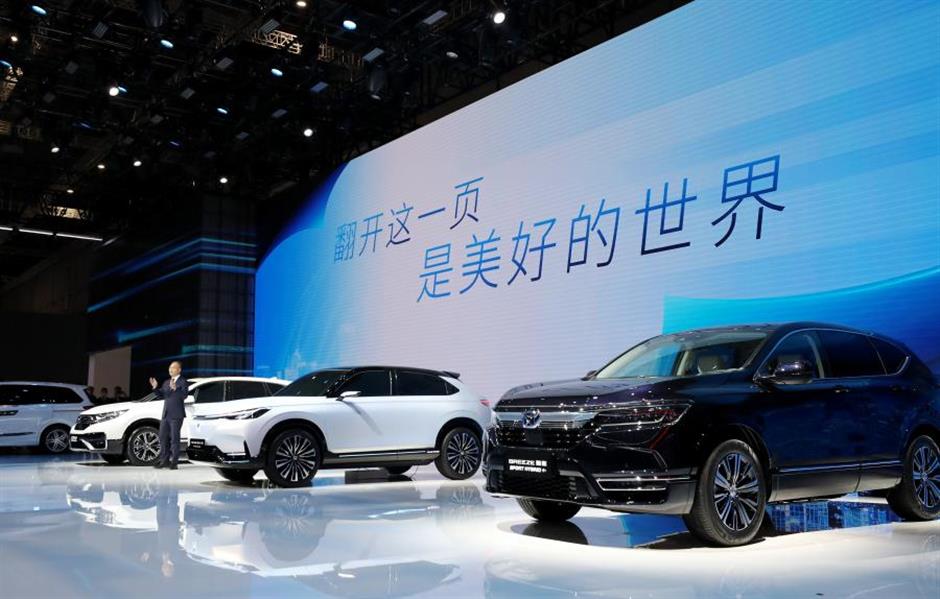 From electric SUVs named after a Chinese city to self-driving trucks, an ongoing auto show in Shanghai has displayed the new ambitions of global brands to dig into the world's biggest car market as it bounces back from the COVID-19 pandemic.

The 19th Shanghai International Automobile Industry Exhibition — also known as Auto Shanghai 2021 — is the world's first major auto show to run normally this year, kicking off on April 19 and opening to the general public from Saturday.

According to organizers, about 1,000 enterprises from all over the world are participating in the auto show, which boasts a total exhibition area of 360,000 square meters. International carmakers including Audi, Benz and General Motors are showing off their new models.

After years of preparation, the joint venture (JV) between China's major carmaker SAIC Motor and German car brand Audi has shown its first fruits, with two models debuted at the exhibition.

The cooperation between SAIC and Audi not only reflects the growing importance of Chinese consumers to global brands but also the vitality and openness of the Chinese auto market, said Jia Mingdi, president of Audi sales and marketing, SAIC Volkswagen Automotive Co Ltd.

The debuted SAIC Audi models included a sedan customized for Chinese consumers and an electric SUV named "Audi concept Shanghai," the first time that Audi has named a new model after a city, according to Jia. The JV is also cooperating with Chinese tech giant Tencent to launch car-mounted WeChat to cater to Chinese drivers.

"International carmakers used to sell in the Chinese market whatever was manufactured back home without thinking much. Now they must first figure out what Chinese consumers need before producing it," said Jia. 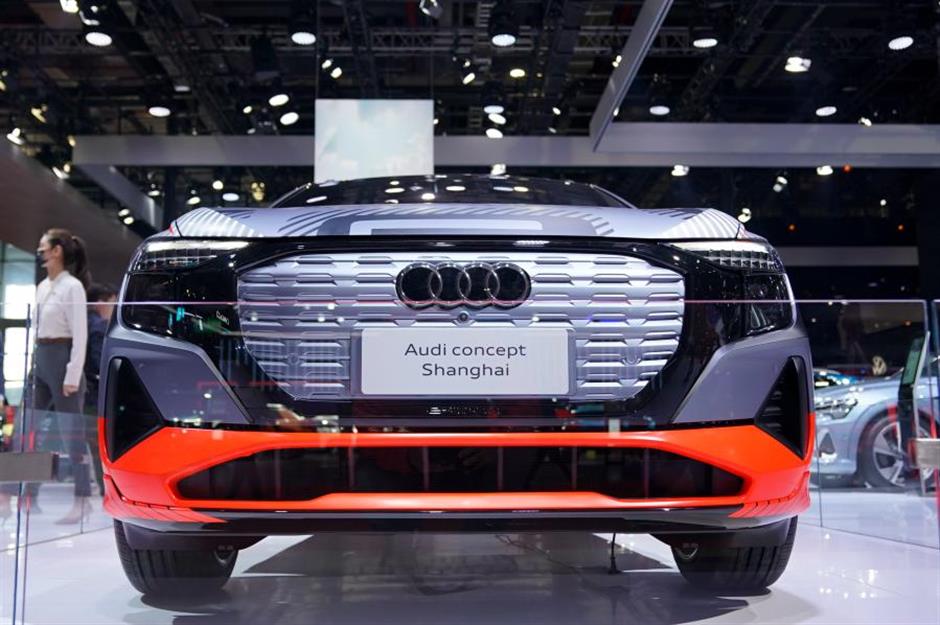 China's auto market performance beat the forecast in 2020. The number of automobiles sold in the country totaled 25.31 million last year, down 1.9 percent year on year, narrowing 6.3 percentage points from the decline seen in 2019, according to the China Association of Automobile Manufacturers (CAAM).

Despite being hit hard by the COVID-19 pandemic in the first quarter of 2020, both production and sales have bounced back quickly since April, as factories reopened and pent-up demand was unleashed.

"The Chinese auto sector bottomed out in 2020," the CAAM said, adding that as the Chinese economy continues its stable recovery, auto sales are expected to exceed 26 million units in 2021, up 4 percent year on year.

Apart from its sheer size, China's auto market continues to lure foreign investment due to the considerable potential that its relatively low car ownership represents, said Zhou Minhao, president of the Shanghai Council for the Promotion of International Trade. 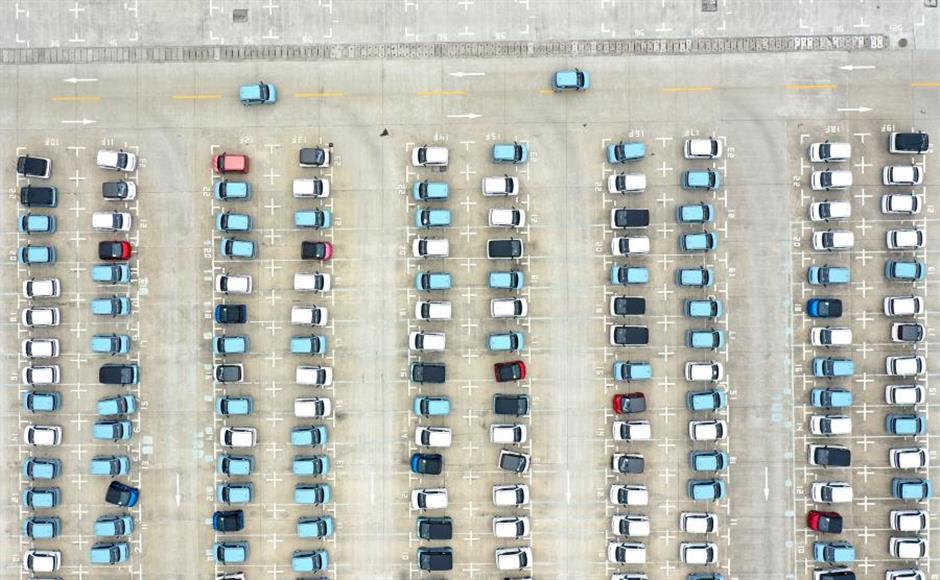 The auto show also sheds light on the industry's urge to jump onto the green-tech bandwagon, as China, which is already the world's No.1 new-energy vehicles (NEV) market, pushes for clean-energy use in its auto sector.

The better-than-expected NEV sales came amid government efforts to promote eco-friendly cars and rising market enthusiasm for them. In November last year, China unveiled a development plan for its NEV industry from 2021 to 2035 that aims to accelerate the country's transition into an automotive powerhouse.

The proportion of new NEVs in the sales of new vehicles is expected to rise to 20 percent by 2025, and vehicles used in public transportation will be completely electrified by 2035, according to the plan. 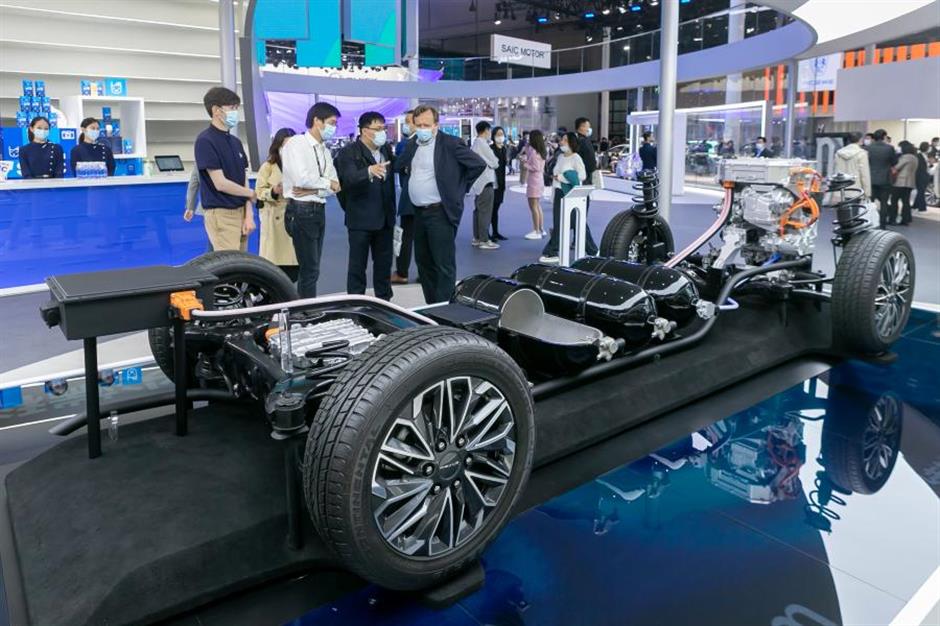 Another highlight of this year's auto show is the deep involvement of tech firms, which are teaming up with vehicle manufacturers on cutting-edge technologies such as autonomous driving.

IM Motors, a Shanghai-based intelligent electric vehicle brand, offered a glimpse into the tantalizing future of autonomous driving by displaying new sedans capable of being summoned via a mobile app to pick up drivers and the ability to find a parking space and park on its own.

The futuristic functions will be realized in certain commercial districts of cities including Shanghai by the end of 2021, assuming the laws allow it, said Chris Chen, the person in charge of the brand experience of IM Motors.

"By 2025, China is expected to achieve 70 percent of new mass-produced vehicles with Level-3 autonomous driving, and Level-4 self-driving vehicles will begin to be applied on a large scale," said Hou Fushen, deputy secretary-general of the China Society of Automotive Engineers.

In self-driving technologies, Level-5 indicates full automation, followed by Level-4 and Level-3, which allow vehicles to navigate without drivers in certain conditions.

Hou said that the country is expected to achieve mass production of Level-5 vehicles by 2030.

Compared with many countries in Europe, China has been pushing for technological innovation at a "rapid pace and with unparalleled momentum," and has become a market "that is the center of the auto world and that no one can do without," the CAR analysis said.