XPeng debuts in Hong Kong with US$1.8bn in IPO 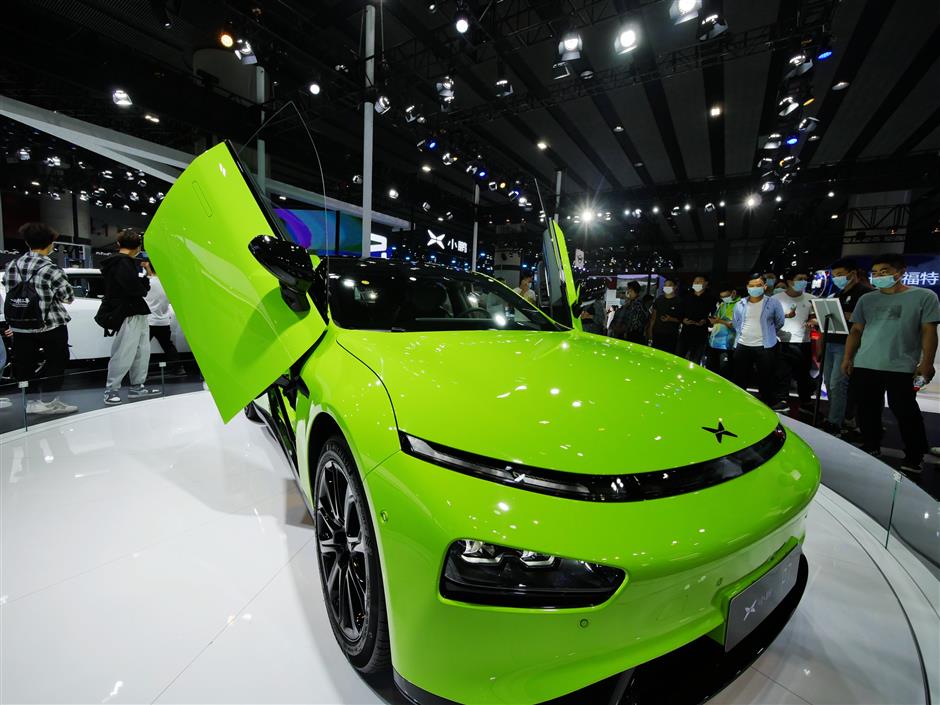 An XPeng car on display at the Auto Guangzhou on November 25, 2020

XPeng, which is already Nasdaq-listed and is chasing Tesla in China, is the latest Chinese company to list on the Hong Kong stock exchange, following other big tech firms such as video platform Bilibili and search giant Baidu.

The Guangzhou-headquartered carmaker raised HK$14 billion (US$1.8 billion) in its initial public offering ahead of the start of trade in Hong Kong on Wednesday, selling 85 million shares at HK$165 each.

Its shares traded around 1.8 percent higher on opening.

"Companies have to split their business," said Ferdinand Dudenhöffer, head of the Center Automotive Research in Germany.

Bloomberg News has reported that two other US-listed Chinese electric carmakers – NIO and Li Auto – are also aiming to list in Hong Kong.

China is the world's largest car market and expects new-energy vehicles to comprise 25 percent of car sales by 2025.

XPeng has come a long way since co-founder He Xiaopeng proposed a merger with another struggling electric carmaker NIO.

XPeng eventually raised US$1.5 billion in its US IPO last year. In fiscal year 2020, it delivered more than 27,000 vehicles.

If XPeng performs well in Hong Kong, it could pave the way for similar pivots by other electric vehicle companies.

The proceeds will help expand its product portfolio, technology development and speed up expansion, its prospectus said.

Vehicles in its pipeline include an SUV featuring an autonomous driving system to be launched next year, targeting China's "growing base of technology-savvy middle-class consumers."

"XPeng is at the forefront (of autonomous driving) in China, and its gap with Tesla is getting smaller," said North China University of Technology researcher David Zhang.