Zhao Guoqing has had to move three times over the past four years because his ever-expanding business needed to accommodate more staff and a larger consumer base to his company, Yan An Tang.

His office walls aren’t painted yet and dozens of cartons are scattered in the passageway but the chaotic scene doesn’t seem to effect the spirit of the boss, who now employs a team of 40.

As the CEO of Yan An Tang, a consulting agency in cosmetic field, Zhao has really gone through a lot.

The 37-year-old studied at Shandong University for seven years, which culminated with a master’s degree in chemistry. During his university days, he joined in some projects with Proctor & Gamble (P&G), which led him into the cosmetic field.

After he graduated in 2007, he became a R&D engineer with P&G in Shanghai, where he helped develop cosmetics.

Four years later, Zhao accepted an opportunity to work for Lonvie Inc in Hauppauge, New York. During his two year stint in Lonvie, he really learned a lot — not only about the technology, but also the different demands of Chinese and American women.

“It pushed me to think: What is the key demand of Chinese women? So when I came back to China two years later, I had the idea to start my own business, and tried to open a brand new model to help our consumers,” Zhao said.

In 2014 WeChat was becoming more and more popular and the Chinese entrepreneur tapped into that popularity and opened a WeChat account “Yan An Tang” to promote several of his ideas.

He courted his WeChat audience and suggested suitable cosmetics for them. Zhao also asked his followers whether they could see the differences between one brand and another, and showed them how to read an ingredient list on a cosmetics package.

His female followers liked his posts, and it didn’t take long before “Yan An Tang” hooked thousands of fans.

But, while he was breaking new ground with his business, new problems occurred as readers wanted to know more. 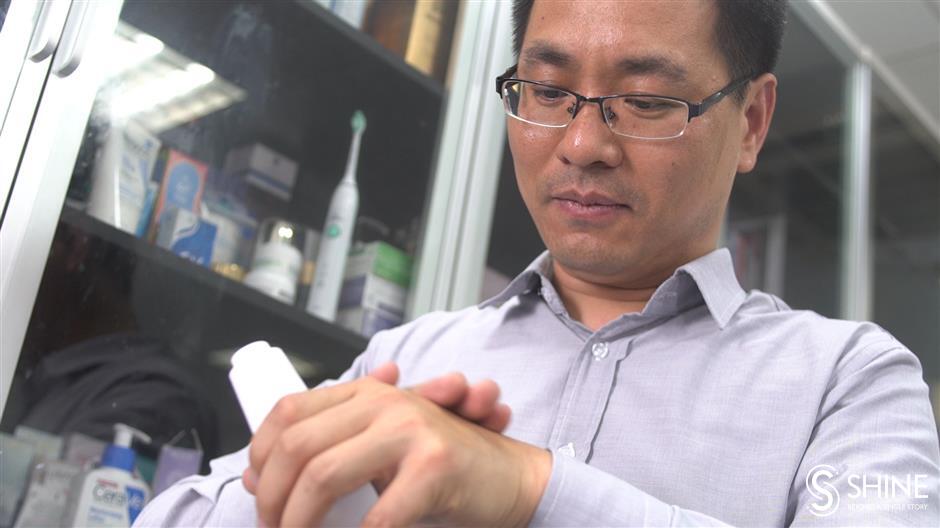 Zhao Guoqing does a patch test of a skin-care product before offering to customers.

Zhao and his partner found it difficult to break down and explain the more technical terms to his followers. To get over this hurdle he hired a couple of professional copywriters and editors to get over the confusing technical jargon.

“That was really a tough time for me,” Zhao said. “I kept thinking of how to develop a sustainable business model. We tried to attract some advertisements, but the result wasn’t satisfactory.

“Later we added a link to a store at the bottom of each article to attract the readers to consume. It worked, and we started to draw more and more capital and investments.”

Having resolved the financial problem, Zhao wanted to do more.

“I knew many of my customers bought things from the stores we recommended,” said Zhao. “But I thought, ‘what’s next?’ We didn’t get their feedback. If they had problems, they still wouldn’t know how to resolve them. So, a year later, I started to rethink our strategy. I think we can do more. We can provide solutions for our customers.”

Since 2017, Zhao has made a huge transition. Besides the old WeChat account, he opened a new one — an online skin-care club. Through the account, users can receive one-to-one counseling services.

“When I shared my idea with others, many asked me with confusion: ‘What do you really want to do? Do you want to be media, a brand or an e-commerce platform?’” Zhao said. “I gave my answer: I want to be all of them.”

Zhao said customers usually have two problems: First, it is difficult to make choices in a sea of sameness. Secondly, it is tough for them to come up with a treatment focusing on a particular situation.

“If a woman comes to us to solve her skin problem, we will first ask her how much time she will spend on it,” Zhao said. “If she only has one week, we will recommend her certain cosmetics. If she has one month, we may recommend her a facial massage treatment. And if she has one year, we can select a series of skin-care formulations.”

The first step is always the hardest, but they finally managed to get over all of the obstacles in terms of content or technology support. 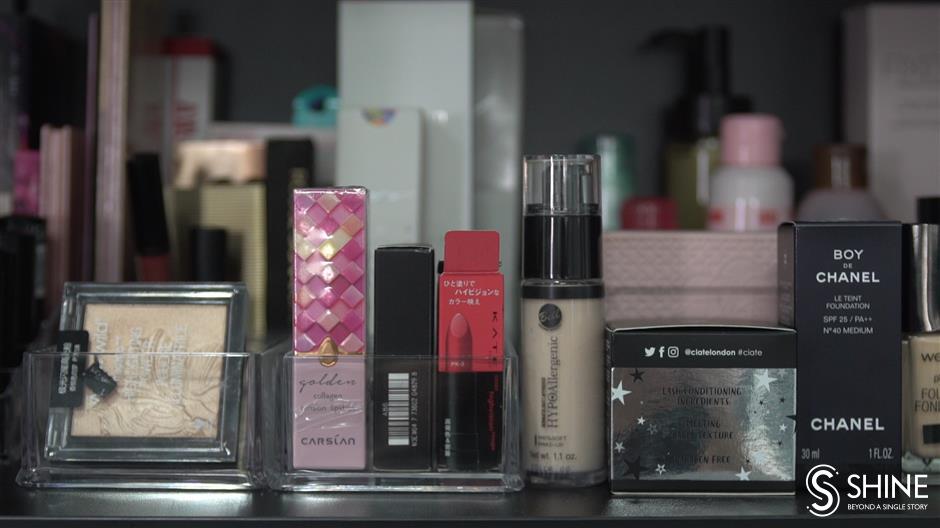 As a service platform between brands and users, Yan An Tang offers the brand’s visual experience, merchandise items and customized cosmetic solutions for consumers, among other things.

Now, Yan An Tang has more than 700,000 followers. They offer the brand’s visual experience, merchandise items and customized cosmetic solutions for consumers, among other things. If it is necessary, they can also develop their own products for certain customers.

As a service platform between brands and users, Zhao has found a good balance.

At the beginning there was only Zhao and his partner working in a small warehouse. Now, the company has more than 40 employees. Most of them are young and full of passion.

When talking about the future, Zhao says he wants to share his experience, and help more people in his field.

“In the past, there wasn’t a platform which systematically taught shop assistants about cosmetics. Now, we have cooperated with some brands and designed courses to share our knowledge,” Zhao said.

Zhao has also given lectures in universities to students who want to learn about his industry.

The skin-care and cosmetics world is extremely fast-paced, he said.

“Our cosmetics training and skin-care formulation courses are designed to help them stay in front of an aggressive industry that is driven by diverse consumer demands, competitive market claims and looming regulatory oversight,” Zhao said.

In the future, he hopes to make better use of big data and wants to draw a bigger picture of the skin-care world to women in China.

It may seem a difficult or impossible task but this drives on Zhao.

The difficult things can be done immediately whereas an impossible takes just a little bit longer.