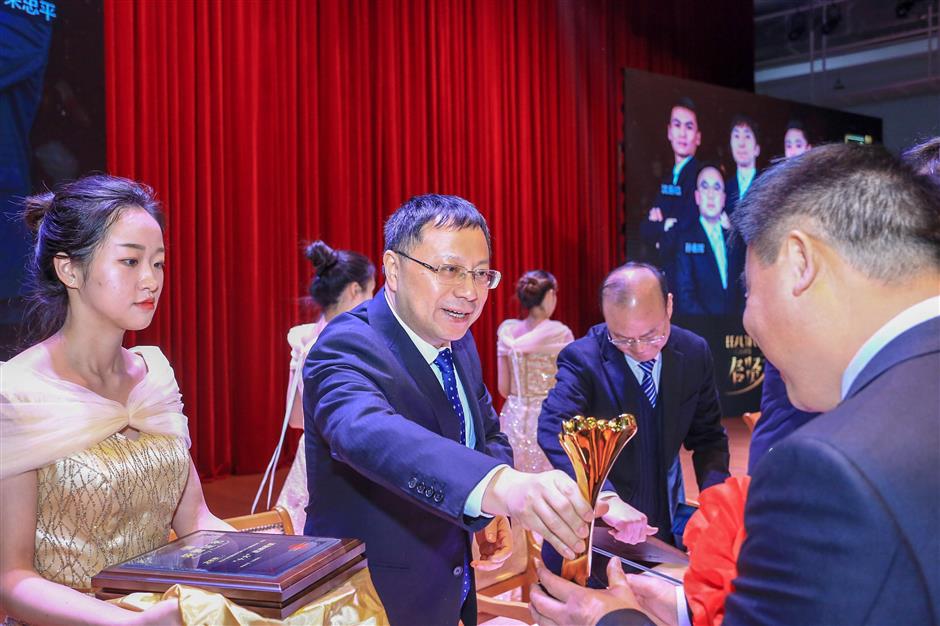 Fengxian-based enterprises are now able to finish over 300 kinds of registrations and applications through a one-stop online platform. With an identity card, company officials can apply to sort another 156 service issues.

The southern outskirt has also initiated a practice, the first among local districts, to issue licenses for key construction projects before the evaluation and approval procedures to largely improve efficiency, the district government has announced.

An investment promotion conference was held in Fengxian on Thursday to award outstanding companies and release additional preferential policies for state-owned, private and foreign enterprises.

The district government also released an evaluation report performed by a third-party assessment agency on the overall business environment of Fengxian.

The evaluation on the policies, industrial elements, legal and credit, as well as the social and cultural environment, found the business environment of the district is better than most other local counterparts. 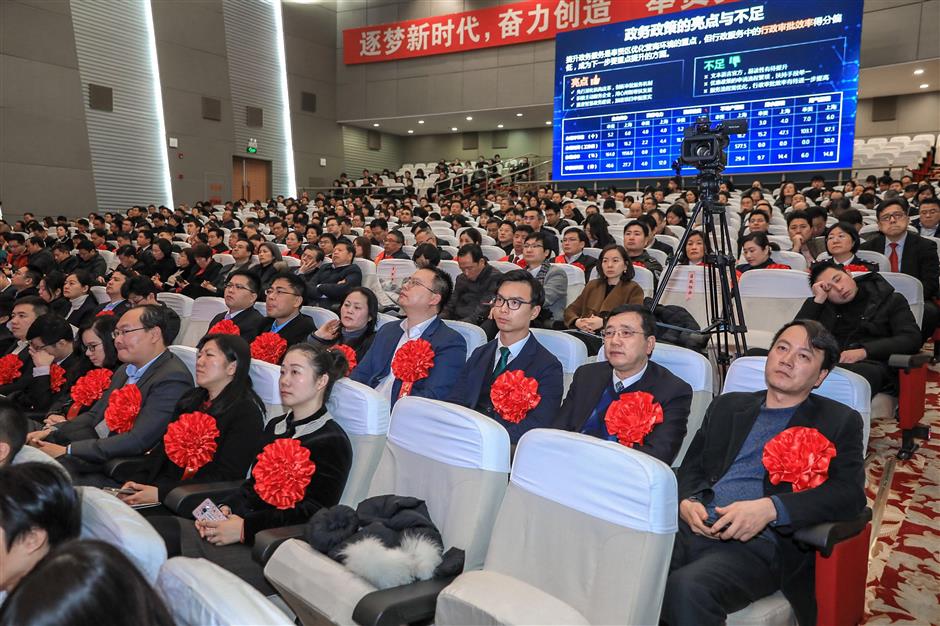 Fengxian-based company officials are awarded for their outstanding contributions to the district's development at an investment promotion meeting on Thursday.

Meanwhile, 13 projects signed contracts to base or develop in Fengxian on Thursday, with total investment of 1.8 billion yuan. They include an intelligence retail complex, an incubator for online anchors, a health industry town, a Costco supermarket and other industrial projects.

The projects will mainly benefit the development of the Oriental Beauty Valley and its rural redevelopment plan.

The business district in Fengxian, known as Oriental Beauty Valley, is the first of its kind in Shanghai. It includes a 20-square-kilometer industrial park which will serve as the headquarters of domestic and international companies. The valley aims to be on par with France’s Cosmetic Valley in Eure-et-Loir and Loiret, and Japan’s Saito Life Science Park in northern Osaka.

It has already drawn a number of cosmetics companies from home and abroad which generate over 40 percent of the total output value of the city's cosmetics industry. They include well-known global brands such as Nu Skin from the US and South Korea’s Cosmax, as well as local brands such as Pechoin and Jala. 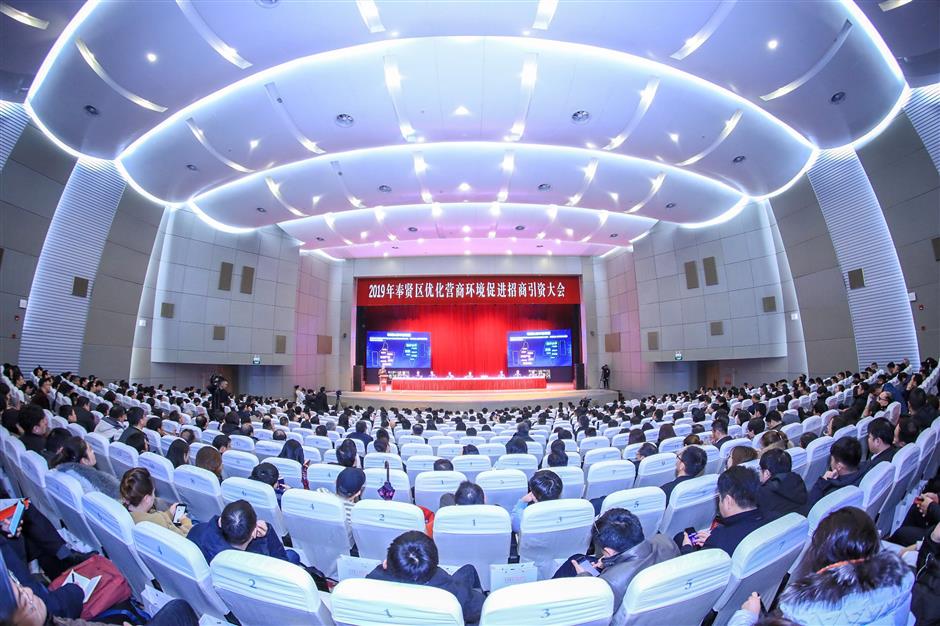 Over 700 government and company officials attend an investment promotion meeting in Fengxian District on Thursday.