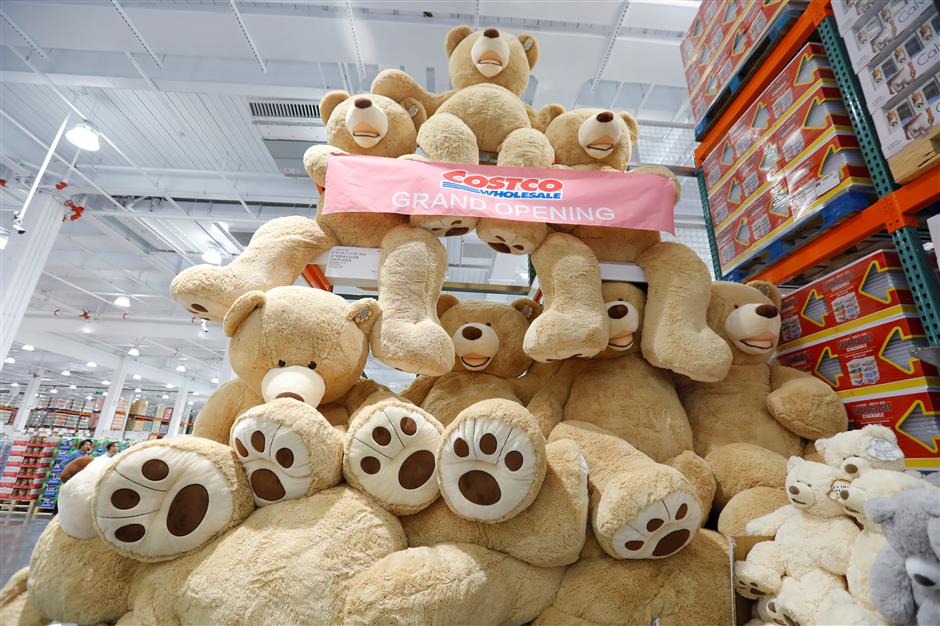 The interior of the first brick-and-mortar store of Costco in the Chinese mainland in Minhang District, Shanghai.

The US retail giant Costco is diving into the thorny area of food retail in China with its first store opening this week, but analysts warn it faces a tough ride as it looks to succeed where a series of international retailers have failed.

China has proved a brutal battleground for overseas food retailers in recent years, with many failing to understand consumer habits and tastes as well as local competitors building a stronger presence.

And German wholesaler Metro is in the process of selling its operations to a local bidder and British grocery giant Tesco pulled out of the Chinese market in 2014.

But Costco thinks it can avoid the malaise that has plagued others with its "no-frills approach" and bulk-buy strategy.

The retailer will throw open its doors on Tuesday, five years after making its first online foray into China through Alibaba's cross-border e-commerce platform Tmall Global.

Richard Zhang, Costco's senior vice president for Asia, told AFP they had a "conservative" goal to sign up at least 100,000 new members for the new store, which is in a suburban district of Shanghai with a 2 million-strong population.

And Zhang said they had taken time to make sure that consumers in China knew their brand and the market was mature enough. 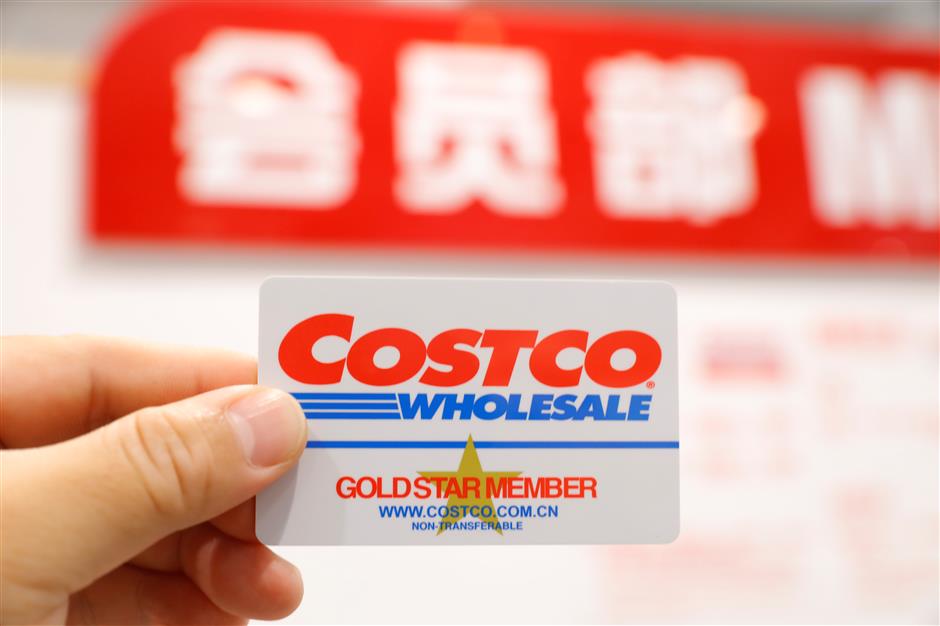 The membership card of the store.

Costco will be targeting China's affluent growing middle class, who know the brand from international travels.

"Local retailers are reaching out to customers via all distribution channels while foreign retailers are not so flexible to adapt to new situations," said Yu.

"The old way of a large and all-inclusive hypermarket doesn't work in China."

"The cost of (later) building a home delivery service is very high and may affect Costco's basic strategy to provide the lowest available prices," he said.

Costco's big rival, membership-based warehouse Sam's Club from Walmart, has over two decades of history in China and is still on the expansion trail with plans to reach 40 stores by the end of next year.

But Zhang said the fact that Chinese consumers are already familiar with a membership supermarket model could work to Costco's advantage.

"Chinese consumers are ready to pay for a membership card that grants them an exclusive privilege to buy at a warehouse store, it's not a new concept in the country," said Zhang.

"A mature market saves us efforts in educating customers."

While he is upbeat, Zhang says he has concerns over the impact of a bruising US-China trade war and tariffs, with about 50 percent of their products from overseas.

"In order to keep our prices low, we've replaced some US importers of fresh produce with Australian importers," Zhang said.

The trade feud has escalated with Donald Trump on Friday increasing existing and planned tariffs on a total of $550 billion in Chinese goods, in response to new tit-for-tat levy hikes announced earlier that day by Beijing on $75 billion of US imports.

By the end of the year the feud will affect nearly all imports and exports between the two countries.

But ahead of Costco's official opening local residents were forming long queues to sign up for membership cards.

"I will definitely become among the first batch of Costco members," said Julia Zhu, who says she used to ship in Costco goods from overseas markets.