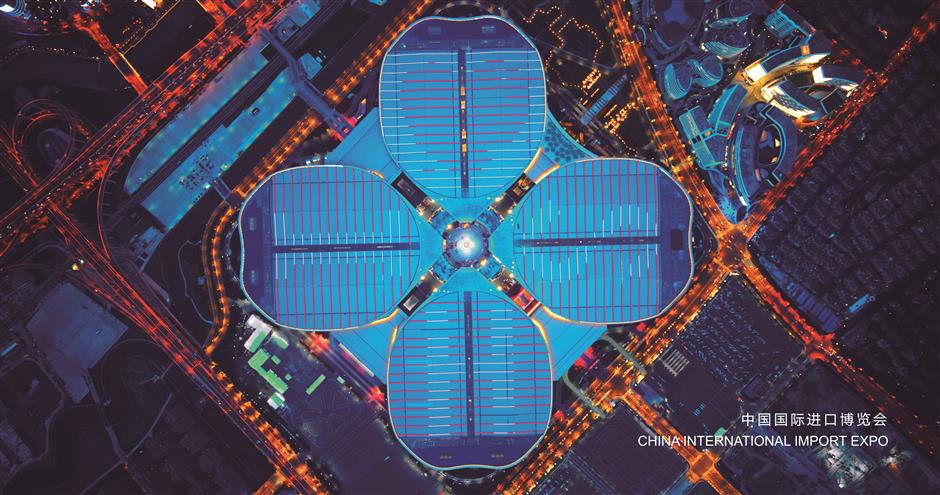 The China International Import Expo undoubtedly provides a great opportunity for Qingpu District to showcase its business-friendly environment as well as its rich culture and appealing attractions.

Qingpu, a western suburb of Shanghai and the venue for the expo, boasts a great geographic location as it borders Jiashan of Zhejiang Province in the south, and Wujiang and Kunshan of Jiangsu Province in the west.

Qingpu serves two national strategies — the CIIE and the integrated development of the Yangtze River Delta. It also seizes the opportunities created during the “Greater Hongqiao” construction and the transfer of city functions to the suburbs to rise from being the “Origin of Shanghai” to become the “Gateway of Shanghai.” It is a giant leap of upgrading from a suburban district to an exemplary region.

Its unique location enables the district, which covers almost 670 square kilometers, or nearly one-tenth of Shanghai, to play a key role in the integrated development of the Yangtze River Delta region.

A Yangtze River Delta Ecology and Greenery Integration Demonstration Zone was unveiled on November 1 by governments of Shanghai and Zhejiang and Jiangsu provinces.

The zone covers about 2,300 square kilometers in Wujiang, Jiashan and Qingpu.

A total of 16 projects were signed with the demonstration zone on November 2. 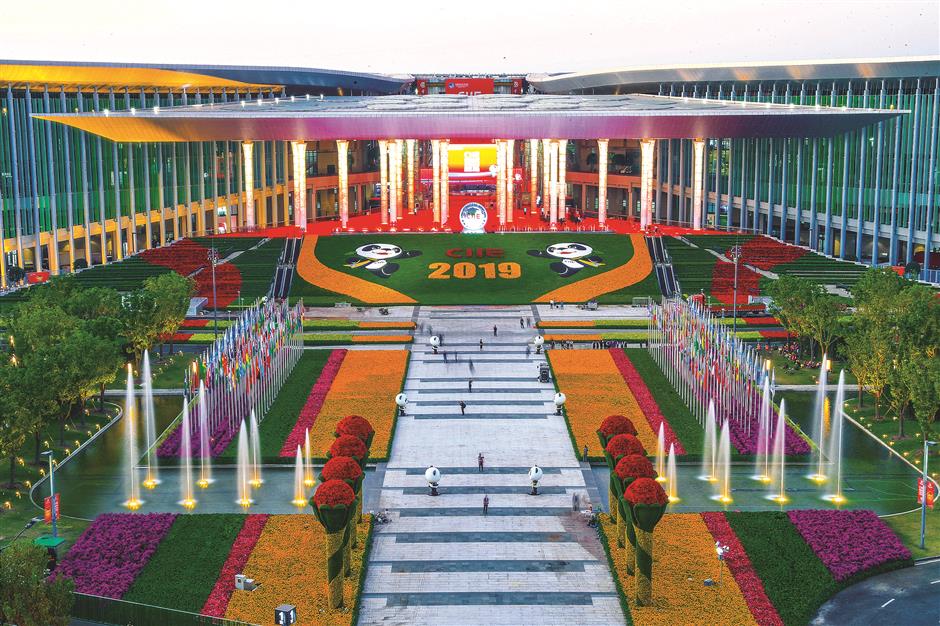 In the push to pursue sustainable economic growth and continuous investment, the West Hongqiao Business Area, which is situated in the eastern part of Qingpu, serves as an engine to power the suburban district.

West Hongqiao is an important part of the central business district and a key demonstration zone in the integrated economic and ecological development of the Yangtze River Delta region.

West Hongqiao is now leveraging the opportunities that the CIIE brings to boost its growth. The business area is just two minutes’ drive from the Hongqiao integrated transportation hub, and it takes one hour to travel from West Hongqiao to any major city in the Yangtze River Delta by high-speed train. And four Metro lines are designed to go through the business area, with Line 2 and Line 17 already in operation, and Line 13 and Line 25 in the works.

West Hongqiao is adopting a strategy to foster a cluster of industries by leveraging professional service teams and sound business infrastructure to incubate a large number of innovation projects and set up several industry platforms.

The business area is focusing on exhibitions, the BeiDou navigation system, technology innovation, culture, as well as a myriad of emerging sectors to bolster its advantages and differentiate it from other regions.

West Hongqiao is taking advantage of the National Exhibition and Convention Center (Shanghai) as the core platform to develop both upstream and downstream industries. It has so far lured nearly 100 enterprises in the exhibition industry, and formed an industry chain for venue owners, exhibition organizers and exhibition service providers.

Thanks to huge traffic flows and booming business opportunities, from a variety of exhibitions every year, West Hongqiao has also developed a strong portfolio of hospitality, catering and leisure and entertainment industries.

By getting first-hand information and insight from these exhibitions, the district also hopes to attract high-quality projects to diversify its business segments for further growth and synergies. 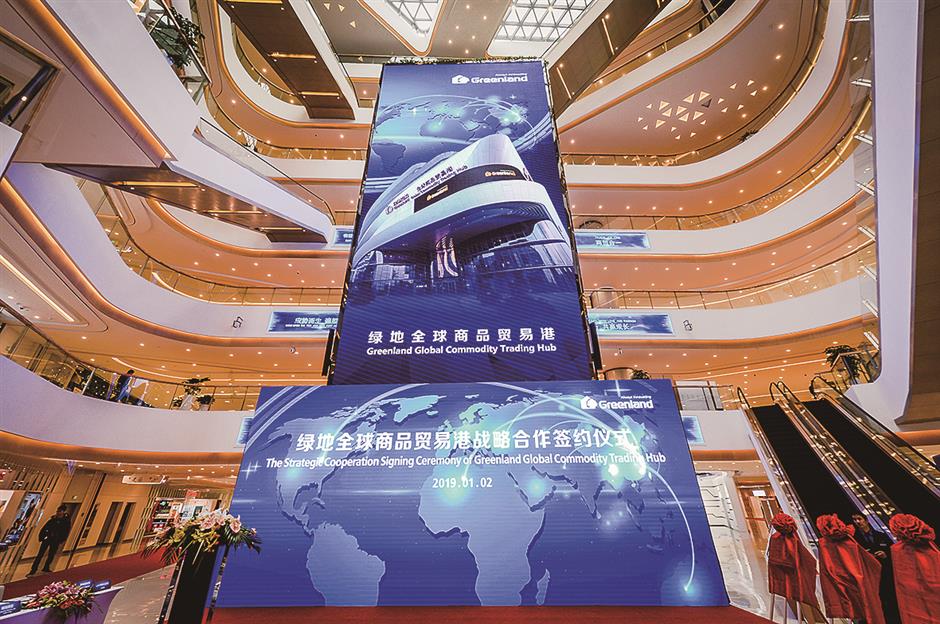 BeiDou West Hongqiao Base is the first BeiDou Industrial Park officially operating in China. The base is aimed at developing integrated applications based on the BeiDou Navigation Satellite System, which is independently developed and operated by China to cater to the country’s national security, economic and social development needs.

The base has attracted more than 180 navigation and location service providers that use the BeiDou system.

It has also set up an expert service center to support these companies in a bid to develop an innovative industrial cluster that covers multiple aspects in the value chain. 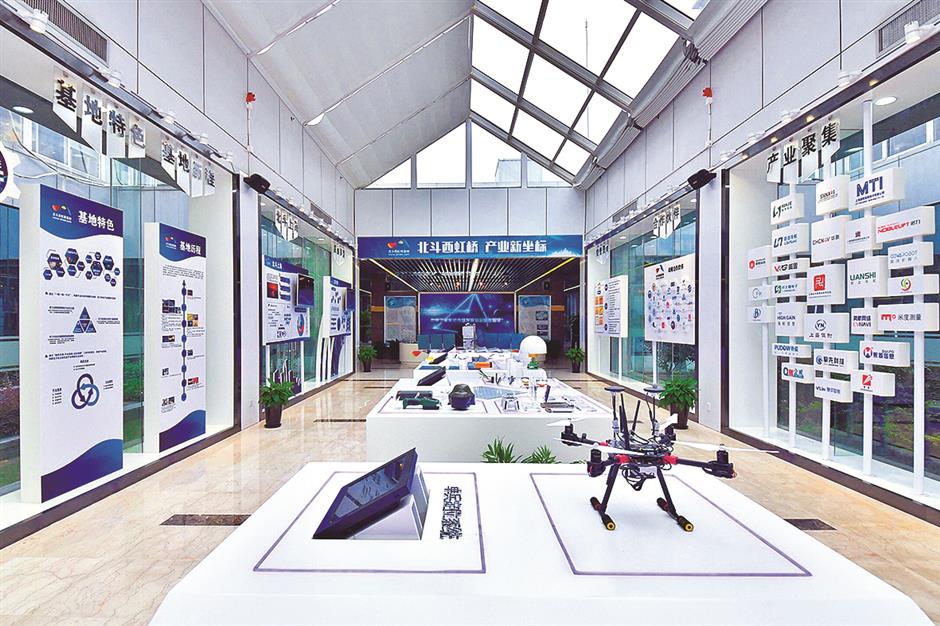 Another highlight of West Hongqiao is its booming platform for technology innovation.

Apart from the BeiDou navigation system, West Hongqiao is committed to strategic emerging industries, such as high-resolution remote sensing, drones, nuclear power facilities, new-energy vehicles, health care and artificial intelligence, with the aim of creating a platform to foster innovation in high-end sectors.

West Hongqiao is also developing a diverse culture industry by actively promoting performances, arts transactions and leisure tourism, as part of efforts to create a zone that seeks connection between exhibitions, businesses, travel, culture and sports. 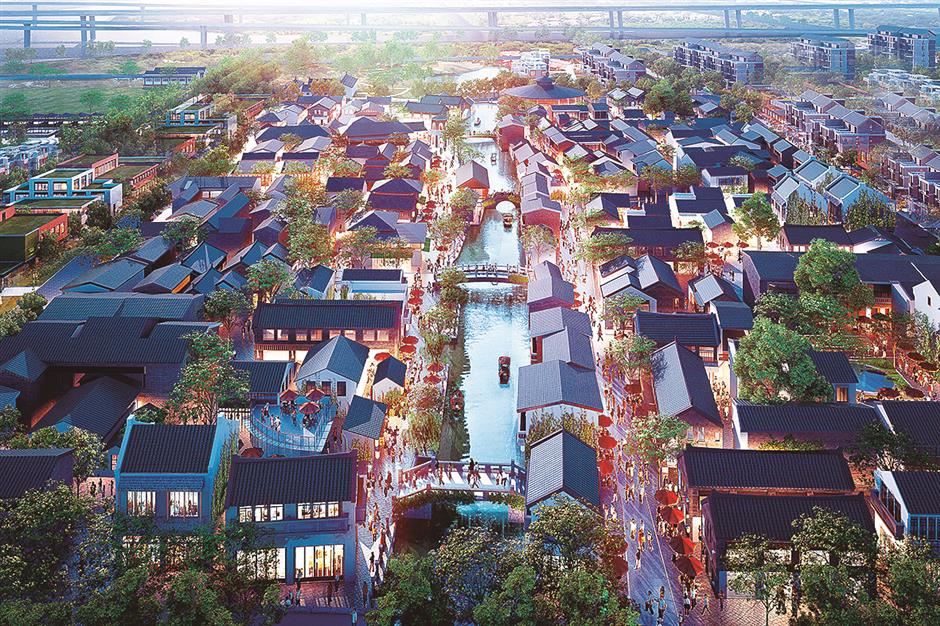 West Hongqiao features a series of emerging platforms, including those for high-resolution remote sensing, eSports and advertising. It aims to create a leading Chinese industrial chain in the field of remote sensing, with global influence.

The eSports platform in West Hongqiao is part of Shanghai’s efforts to develop a “global eSports capital,” and it is also devoted to turning offline games into online games under the support of the Shanghai eSports Association.