The area where the World Expo 2010 Shanghai was held covers an area of 10 square kilometers, including part of the Expo Park, Expo Village as well as Yaohua and Qiantan areas. It has been quickly expanding as a hub of Chinese state-owned enterprises.

As of now, 25 Chinese state-owned conglomerates have registered 55 enterprises in or around the Expo area. China Baowu Steel Group and the Commercial Aircraft Corp of China have set up their group headquarters there while nine large SOEs, including China National Nuclear Corp, Aluminum Corp of China and China Huaneng Group, have established their regional headquarters in the area.

The Expo area is actively supporting large SOEs to leverage the favorable policies in the free trade zone to improve business layout and boost investment in business innovation.

It has helped a number of SOEs to launch financial, energy and global trade subsidiaries in the area. 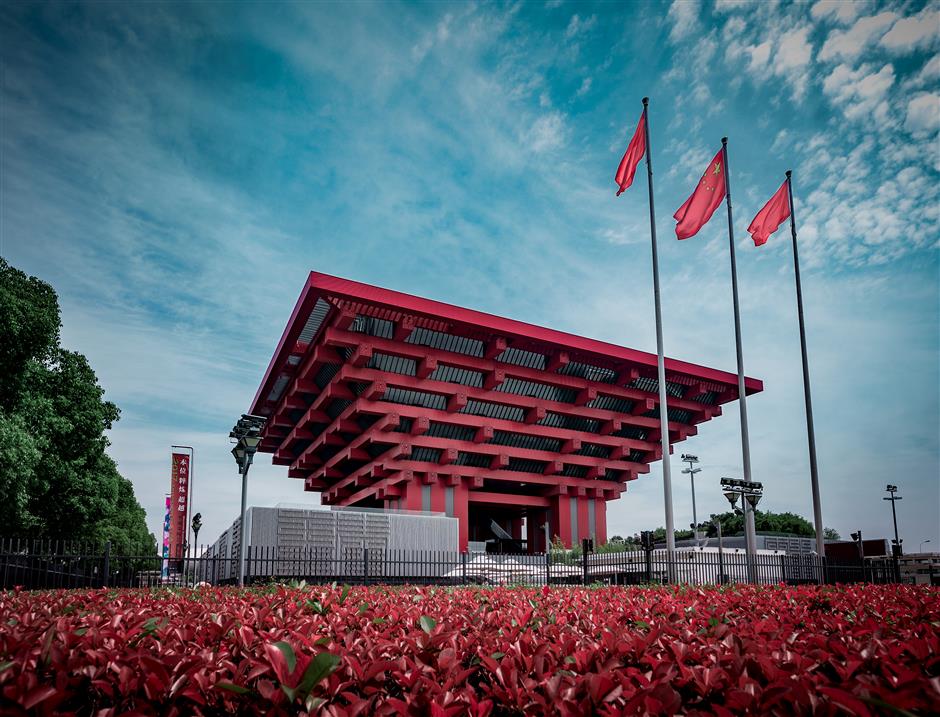 China Pavilion of World Expo 2010 Shanghai has been turned into China Art Museum after the Expo.

Among all sections of the Expo area, Qiantan stands out as an emerging business center for both Chinese and global enterprises, with advantages in sports and health care industries.

Qiantan is making efforts to attract more international institutions. In February this year, members of the World Association of Nuclear Operators voted to establish a new branch office and support center in Qiantan.

The Shanghai International Dispute Resolution Center is also located in Qiantan, which aims to encourage more professional legal services providers to start business in the area.

Qiantan, home to the Shanghai Oriental Sports Center, is striving to attract global sports companies, event organizers and sports research institutes as it steps up efforts to boost its capacity to hold major international competitions and make itself a well-known mark for the sports industry in Shanghai.

Raffles Hospital Shanghai is in Qiantan International Business District of the China (Shanghai) Pilot Free Trade Zone. As a joint-venture project between Singapore’s Raffles Medical Group and Shanghai Lujiazui Group, construction of the 12-story hospital was completed in May this year and is expected to open in the first quarter of 2020.

As a key platform for the “Shanghai Culture” brand, the Expo area is joining with partners to accelerate the development of cultural venues, bring more leading groups in culture and performance to the area, and actively foster an eSports industry in Pudong.