Shanghai FTZ a beacon of success

The China (Shanghai) Pilot Free Trade Zone has been moving ahead with remarkable progress in the past six years since its establishment in September 2013, with all-round innovations leading to growing investment and booming business performance.

The free trade zone covered 28.78 square kilometers when it was set up in 2013, including Waigaoqiao, Yangshan and Pudong airport. It was expanded to 120.72 square kilometers in April 2015 to include Jinqiao, Zhangjiang and Lujiazui areas. In March 2017, the State Council, China’s Cabinet, unveiled a comprehensive reform plan, which identified targets for 2020.

By the end of August, the number of enterprises newly established in the FTZ since its inception had reached 62,000, including 11,000 foreign-invested companies with a total realized investment of US$30.7 billion.

Trade facilitation measures continued to take effect. From January to August 2019, the total import and export value in the Shanghai free trade zone was 982.02 billion yuan (US$140 billion), a year-on-year increase of 5.2 percent, accounting for 45.1 percent of the city’s total. Exports rose 4.5 percent from a year before to 296.55 billion yuan in the eight-month period, while imports increased 5.5 percent to 685.47 billion yuan.

The Shanghai free trade zone also bolstered the economic transformation in the Pudong New Area. Driven by the development of the free trade zone, Pudong’s gross domestic product increased 6.8 percent year on year in the first half of 2019. In 2018, the output in Pudong exceeded 1 trillion yuan, and fiscal revenue amounted to more than 400 billion yuan. 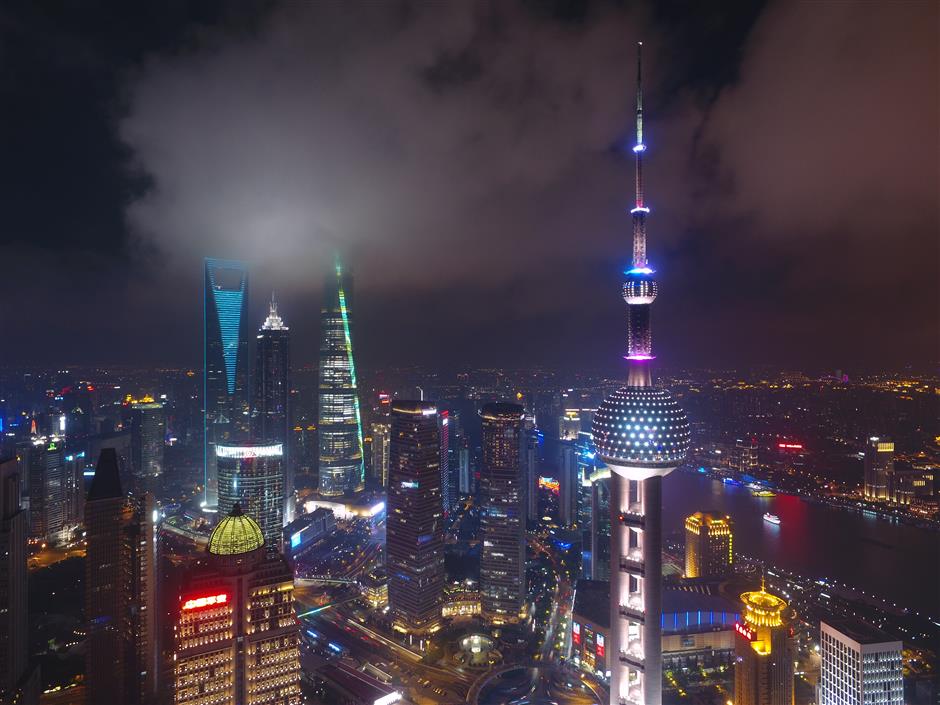 The Shanghai free trade zone unveiled the country’s first negative list for foreign investment in 2013 and has since made four revisions to cut the items on the list from 190 to 37 by the end of June this year. The projects that don’t fall on the negative list now only need three days to wrap up registration with the zone administrator, while previously it took three to six months for approval.

The free trade zone has also further geared up the opening-up of the services and manufacturing sectors, and took the initiative to unveil 54 detailed measures in two batches. The policies have helped lure more than 3,000 services providers and manufacturers to register with the free trade zone. It has attracted foreign investment in such sectors as health care, value-added telecom services, global shipping management, vocational skills training, performance brokerage, travel services and engineering design.

As an important function of the FTZ, the free trade account that facilitates operations in both local and foreign currencies has been further expanded.

By the end of August, 58 commercial banks, finance companies and securities firms had direct access to the information monitoring and management system for free trade accounts, with a total of 134,000 accounts opened. The total funds denominated in both local currency and foreign currency, which have been raised via the free trade accounts, amounted to 1.6 trillion yuan.

Meanwhile, the cross-border use of the yuan and innovation in foreign exchange management have been further expanded. From January to July this year, the total amount of cross-border yuan settlement in the free trade zone reached 1.89 trillion yuan, accounting for 34.3 percent of the city’s total.

As of the end of July, 996 companies in the free trade zone had conducted two-way cross-border yuan cash pooling, with a total transaction value of 1.73 trillion yuan.