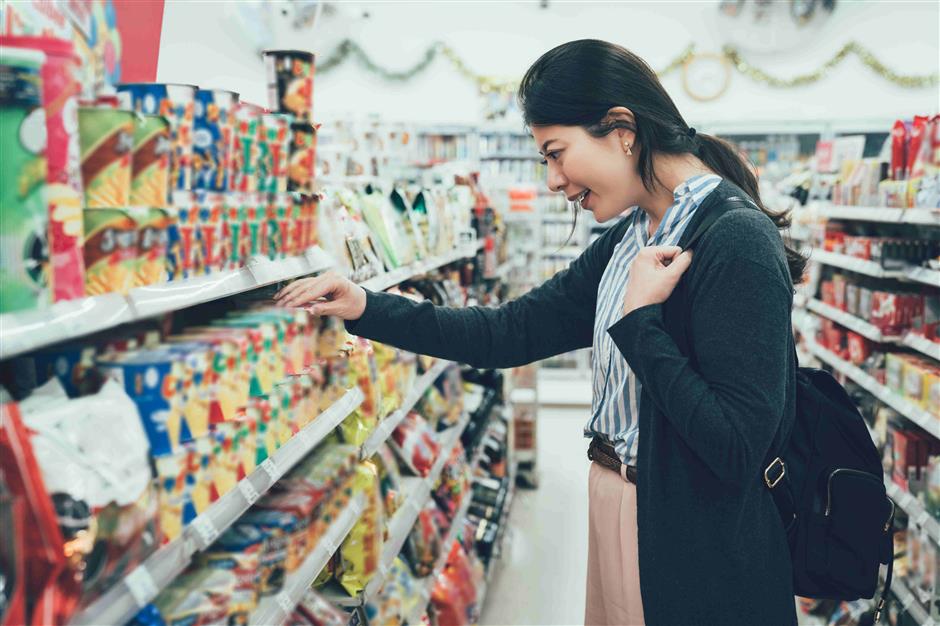 Healthy snacks are in demand.

Chinese consumers are increasingly buying healthy foods, snacks, and nutritional supplements - and companies at the China International Import Expo are vying to meet the demand.

Nearly 1,000 food and agricultural exhibitors have a presence at the Food and Agricultural section in three exhibition halls.

Health benefit stands out as an essential function, and at many times also fulfills shoppers' self satisfaction to maintain a healthy diet and good body shape, according to a latest white paper published by Kantar Worldpanel and Hosen Capital.

Multinational snack makers are adjusting their product portfolio in response to these growing concerns. And the fact that consumers are willing to pay a premium for these products.

According to the "State of Snacking Report" by Mondelēz, Chinese consumers show a higher propensity for health concerns, and are more likely to look at  ingredients labels.

They also tend to eat many small meals throughout the day, as opposed to a few larger ones.

As many as 85 percent respondents also prefer small portions of snacks, 20 percentage points higher than the global level.

More than 60 percent of the exhibits at the Mondelēz booth this year focus on themes such as portion control and sustainable development to help manage calories throughout the day.

Pacific Soda Crackers, with a small individual package of four pieces, is a specialty offering in China.

"We're reflecting the 'Mindful Snacking' elements at this year's CIIE,  and also working on new smaller packages for other products as well," said Joost Vlaanderen, president of Mondelēz China.

“We've learned about the huge potential of imported snacks through the previous two CIIE and gathered valuable insights."

"Many of the exhibits at the previous CIIE have been well received by local consumers and have helped us expanded into new categories."

A new innovation facility with around US$10 million investment in Guangzhou will be unveiled in the near future to focus on chewing gums and candies.

The healthy snack bar BE-KIND was introduced by confectionery, snack and pet food maker Mars at the first CIIE. It added new local flavors and high protein features in the following years. 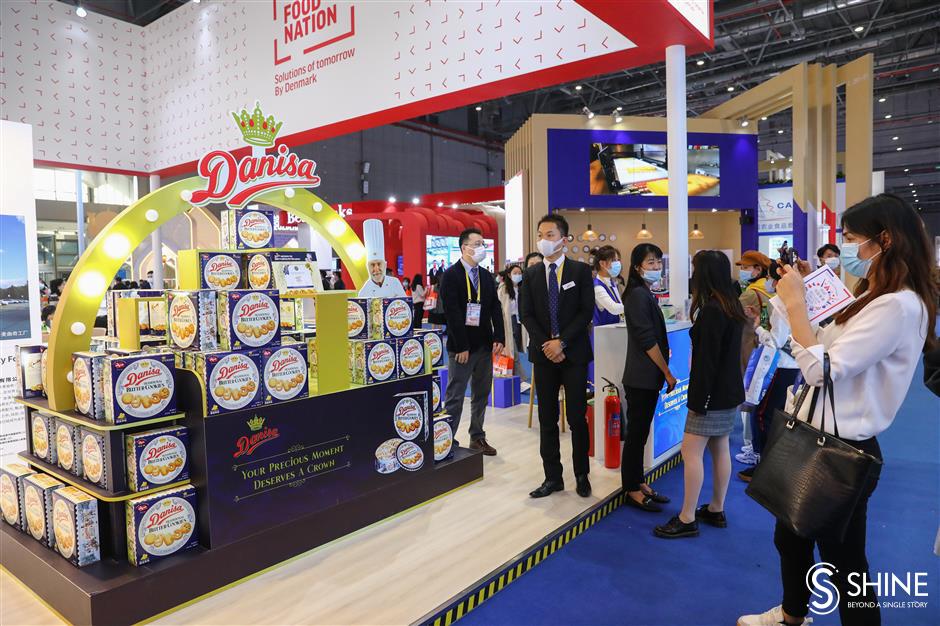 The Danish delegation is presenting 23 food and food-related companies.

A third-timer to China International Import Expo, Denmark is showcasing its excellence in food and other sectors this year, with a delegation of 23 food and food-related companies, marking the largest representation of Danish food companies to participate in the CIIE to date. 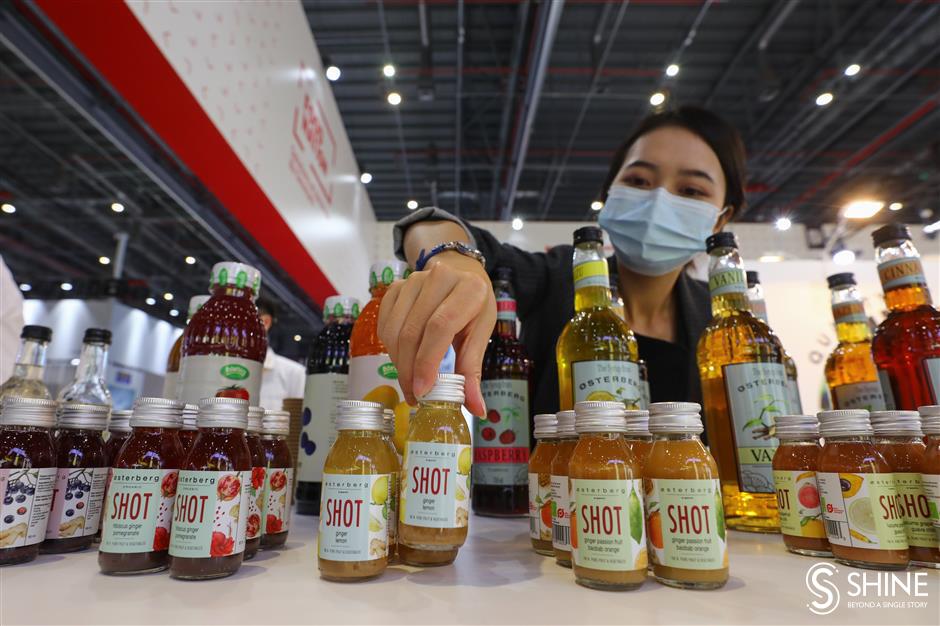 Health awareness is at an all-time high.

Although Danish food exports to China are currently dominated by pork and dairy products, the Denmark Pavilion is showcasing chocolate, dietary supplements  and advanced food technology.

Less well-known Danish brands like nutritional supplement maker Camette are also using the CIIE to seek distributors and representatives to operate its online store on Tmall.

"By bringing together the world’s best solutions, I hope this year’s CIIE will help nurture the continuing, prosperous partnership that exists between Danish and Chinese agriculture and food producers," said the Danish Minister for Food and Fisheries Mogens Jensen.

Danone Group and dairy giant Fonterra are among those who intend to launch probiotic products at the expo.

Nearly 50 of the products among Danone's some 200 total exhibits are making their debut in China ranging from nutritional supplements to infant formula with anti allergy supplements.

New Anchor adult milk powder with extra immune and digestion additions, low fat UHT milk are among the ten plus new offerings the New Zealand dairy group is bringing to the expo this year.

The health benefits also attracted manufacturers of alternative protein from home and abroad.

Made with pea protein, oats, potatoes, onion and apple, IKEA claims the climate footprint is just 4 percent of its signature traditional meatballs.

The home furniture retailer used its own recipe to make the taste of the plant ball to resemble that of  traditional meatballs as much as possible, by adding natural flavouring, balanced by mushroom, tomato and lemon black pepper.

Starfield, a local plant protein maker, received tens of millions of dollars of financing from institutional investors, including Lightpseed China Partners, and plans to set up R&D and production facility in Shenzhen.

It has partnered with quick service chain operators such as Dicos, Papa John's. It also offers ingredients for satay, burgers, and fried rice sold at other light food and beverage stores.

It intends to broaden offerings to include more cooking material for Chinese cuisine such as dim sum and hotpot.

US-headquartered Eat Just and Proterra Asia Partner also announced earlier this year the investment of US$120 million to  build a plant protein production facility in Singapore in the first quarter this year. It is eyeing further expansion in other Asian markets.  The facility will complement existing protein facilities in North America and Germany.

In China, it already sells through online flagship stores on leading e-commerce sites JD and Tmall and is also seeking potential partners in China with distribution and retailing capabilities.

The rising demand for alternative protein has already attracted the attention of quick service chain restaurants like KFC and Papa John's.

KFC's fried chicken and beef cheeze burger made of soybean, pea and wheat protein became available in October in 210 venues in six cities after a limited amount of nuggets were offered in a trial run in April.