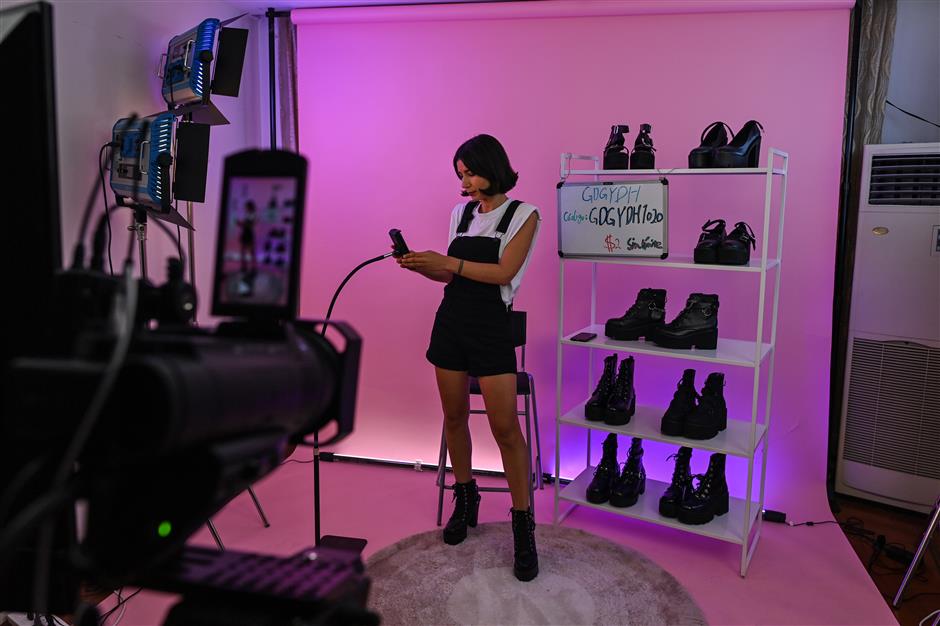 A Spanish Internet seller during a livestreaming event at a studio in Shanghai to offer products on an Aliexpress channel in Spain. By some estimates, livestream shopping is a near US$70 billion industry inside China, attracting influencers who scour markets and malls.

Late at night, Lalo Lopez heads to a small Shanghai studio for a livestream, pushing Chinese products from cycling shorts to vacuum cleaners to Spanish speakers around the world.

The 33-year-old Spaniard, who describes himself as an artist, DJ and YouTuber, is in the vanguard of the growing ranks of foreigners hired by mainland agencies to extend China’s livestream sales mania beyond its borders.

By some estimates, livestream shopping is a near US$70 billion industry inside China, attracting influencers who scour markets and malls for items to peddle to live audiences via social media.

Once an obscure form of shopping, livestreaming is changing the habits of global consumers. Its footfall has already headed from the high street to online marketplaces as business changes.

Buoyed by the success of livestreams at home, Chinese companies crave bridgeheads for their goods overseas.

Enter hosts such as Lopez, who has lived in China for around nine years and was approached by Beijing-based marketing firm Linkone Interactive after it saw videos he posted on YouTube and Instagram.

“When I speak, I look at the product through my culture, through my experience,” said Lopez, whose streams attract up to 15,000 viewers.

The medium allows him to answer viewers’ questions on everything from clothing and household appliances to gadgets in real-time, while entertaining them with trivia and flamboyant sales patter.

In one livestream, Lopez appears wearing a pink bathrobe over his regular clothing as he demonstrates using a handheld vacuum cleaner, at one point testing it on his hair.

“It’s easier (for me) because of the cultural background we share (with our audience),” said Lopez, who earns up to 1,500 yuan (US$226) per session

The pioneering livestreamers are a diverse mix of traders, with Polish speakers selling eye massagers and Italian speakers flogging lighting for selfies.

And they are recruiting influencers abroad, in hopes of hooking onto a winning pattern.

It has around 50 influencers now — more than half of whom are based in China — targeting markets such as the US, France and Spain.

Livestreaming has become a natural extension of online shopping.

Chinese media has touted it as a means to alleviate poverty in rural areas where farmers can sell produce like tea online.

This year, individual channels on e-commerce platform Taobao clocked sales of over 100 million yuan (US$14.9 million) during one shopping festival in June.

Expectations are now running high for the biggest discount period of the year — “Singles’ Day” on November 11 — a bellwether of consumer sentiment in the world’s second-largest economy.

The industry has grown rapidly after starting in 2016, when online giants Taobao and JD.com both launched livestreaming platforms.

This year, it could gross more than 1 trillion yuan (US$150 billion), according to a report by KPMG and AliResearch, an arm of e-commerce giant Alibaba.

That would more than double the 2019 numbers estimated by Shanghai-based firm iResearch of US$68 billion.

“Last year, there might only have been several hundred (viewers),” Zhang said.

But now “it’s normal to get several thousand views.”

Keane Wang, planning director at Shenyang-based Neusoft Cloud Technology, said it is setting up a livestreaming base in France.

It aims to recruit 300 to 500 foreign hosts over the next three years.

“Companies in China see the success of livestreaming on (short video platform) Douyin and Taobao.

“So they are willing to try it and put resources into it,” said Wang.