Home-grown brands are becoming the most prominent players in the annual Singles Day shopping event amid the rising importance of the domestic market and Chinese technology.

In the first hour after midnight on Tuesday, over 70 consumer electronics companies recorded sales exceeding 100 million yuan (US$14.7 million) on Tmall with 80 percent of them domestic brands.

Apple, L'Oréal, Haier, Estée Lauder, Nike, Huawei, Midea, Lancôme, Xiaomi and Adidas were some of the companies that exceeded the 100 million yuan mark on Tmall.

More than 13,000 domestic brands saw sales more than doubling from a year ago between November 1 and November 4 on JD.

As of noon on Wednesday, the cities with the biggest transactions on Tmall were Shanghai, Beijing, Hangzhou and Shenzhen.

The United States, Russia and France were the top overseas markets.

Elf Dong, who finished decorating her new apartment last month, said it was a good chance to purchase kitchenware and electronics items.

"Tmall vendors offer a variety of choices and I paid for about 4,000 yuan for new kitchen cookware and winter clothes to make full use of the discounts," she said.

For every 300 yuan spent on Tmall, it offered 40 yuan to encourage shoppers to purchase from more categories.

"Those with good sales performance during big event like this will maintain momentum in the future as industry-wide promotions proves a good chance for brands to enhance their influence," Martin said. 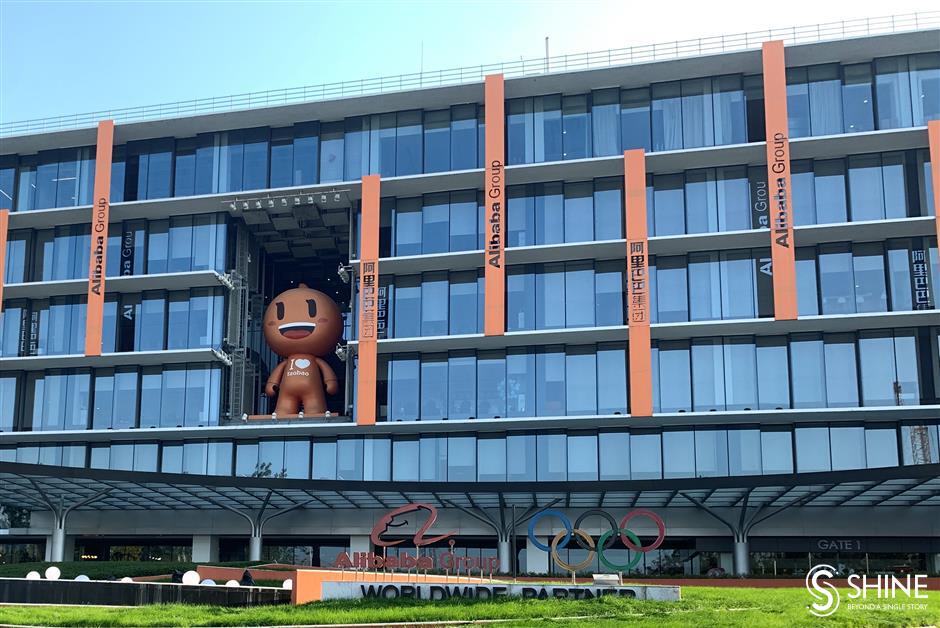 In the first hour, over 70 consumer electronics companies recorded sales exceeding 100 million yuan on Alibaba Group's Tmall with 80 percent of them domestic brands.

"We've seen positive sales results across all categories and many small players are becoming leaders in niche segments based on consumer insights collected from Tmall," he said.

Although the sales event promised deep discounts, for many it has become a routine.

Sherry Yao bought personal-care items and packaged food from Tmall and also planned to purchase hotel booking coupons on Alibaba's travel unit Fliggy, although there were not as many as discounts as she had expected. "It's become a habit to exchange ideas with friends and colleagues about what's new and interesting out there," she added.

Among the domestic players who have been present on Tmall for less than three years, make up brands Colorkey, realme and oral care brand usmile had crossed the 100 million yuan mark by noon on Wednesday.

Up to 330,000 consumers placed down payments for automobiles after 7,000 car dealers in some 300 domestic cities set up digital storefronts on Tmall.  For delivery platforms and offline businesses, the online traffic also translated into sales.

On Wednesday morning, more than 1.1 million orders had been delivered by Dada's on-demand crowd sourcing delivery staff in a single hour.

Covering more than 2,500 cities and counties in China, the delivery site saw a boom in orders from not only online sites but also supermarkets, grocery stores and fresh food vendors.