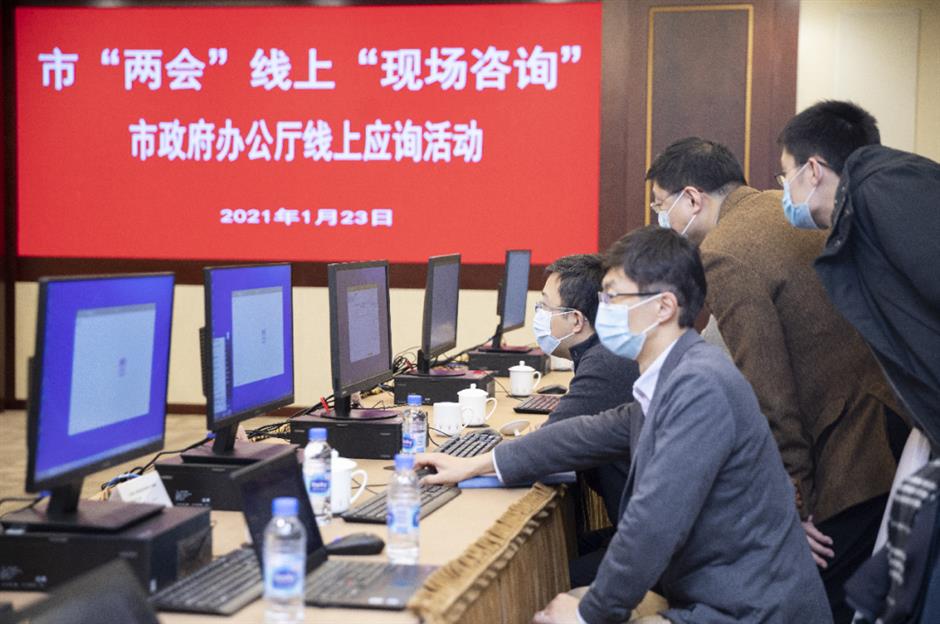 A total of 646 local lawmakers and political advisers have been in contact with officials at municipal bureaus and administrations through a first-of-its-kind online consultation service.

Offline consulting have been restricted this year due to pandemic prevention measures.

Political adviser You Minjian received advice from the Shanghai Human Resources and Social Security Bureau regarding the social security benefits for flexible working hour staff such as delivery firm employees.

An Yiqing, another Shanghai member, also received a prompt reply on the online application of enterprise de-registration processes.

As of yesterday, 672 government officials from 44 departments and bureaus responded to online enquiries.

Thousands of suggestions and proposals are submitted through the platform, and the digital archives can be retrieved and visited in the future.

Similar practices are expected to be adopted in other regions' political consultative sessions in the future.

Tencent's social customer relationship management service Tencent Qidian has helped members to connect with 44 government bureaus they can access from their devices to handle the advice and queries.

Combining the existing functions of Shanghai's one-stop government affairs system and technology features such as personal ID verification, has made sure the service is only accessible to eligible members and government officials.

Deputy general manager Su Zhixing of Tencent Qidian said it is hoped this could serve as a role model for smart urban governance for how political advices proposals are managed and processed in digital means.