Retailers ramping up for Spring Festival 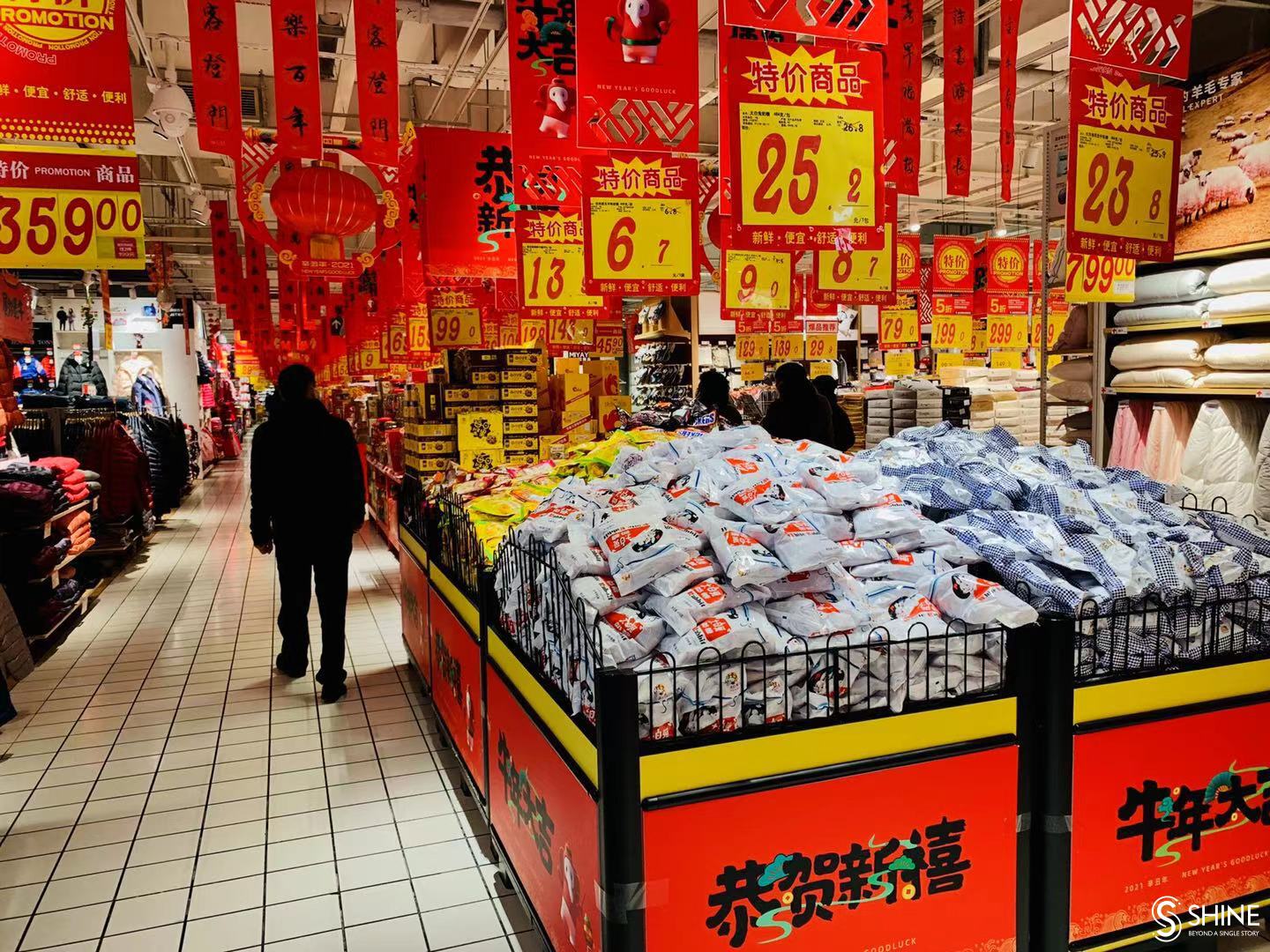 Shanghai consultant Aurora Huang took part in an online lucky draw to win Nongfu Spring's bottled water with the pattern of an ox inscribed on a glass bottle instead of a normal plastic one.

"I've encouraged family members to take part in the lucky draw, because it's a fun way to celebrate the Spring Festival and the Chinese zodiac sign is a necessary element for family gatherings," Huang said.

Around 200,000 sets of the limited glass bottles are available through the virtual lucky draw.

Spring Festival is a long-awaited reunion and leisure time for many Chinese families, and retailers want to impress consumers with Chinese elements and flavors that feature auspicious and promising signs.

Altogether 16 new cookie inscriptions with Chinese characters and auspicious patterns are available in the special package.

Ferrero has partnered with Summer Palace to offer a limited Chinese New Year special package, with traditional Chinese patterns such as golden fans and auspicious signs to celebrate the Year of the Ox.

Ferrero’s sales through JD Daojia — including brands such as Kinder, Ferrero Rocher and Kjeldsens — have more than doubled from a year ago since last September when they began home delivery.

The company expects its latest collaboration with JD Daojia's home-delivery service to fully leverage the advantage of e-commerce opportunities and drive sales during the holiday.

Online and offline businesses are busily preparing for the holiday that begins on Chinese New Year's Eve next Thursday.

JD is also working to ensure non-stop delivery throughout the holiday in 30 provinces,  municipalities and autonomous regions, 300 cities and 1,500 districts and towns as it has done for the past nine years.

Since January 1 this year, JD said the number of orders by Shanghai shoppers on behalf of family members in their hometowns has grown 37 percent.

The number of searches on Meituan for nianyefan, or New Year's Eve dinner, has more than tripled from a year ago since mid-January.

According to a Kantar Worldpane survey with 1,000 domestic consumers, 22 percent intend to reduce visits to supermarkets and nearly 60 percent will avoid crowds and spend more time on Taobao, JD and Pinduoduo than usual.

The survey found that packaged food, apparels, alcohol, shoes and leather goods are the most popular items for online shoppers in the run-up to the holiday.

Around 60 percent of pharmacies will stay open and offer delivery service during Chinese New Year, according to Alibaba's delivery arm Ele.me.

The head of Ele.me's health-care services Wang Zhe said the company will ensure the availability of personal protection equipment. It will offer 24-hour online pharmacy service in about a dozen cities, including Beijing, Shanghai and Guangzhou, except for a few hours on New Year's Eve and New Year's Day.