China continues to lead world in number of billionaires 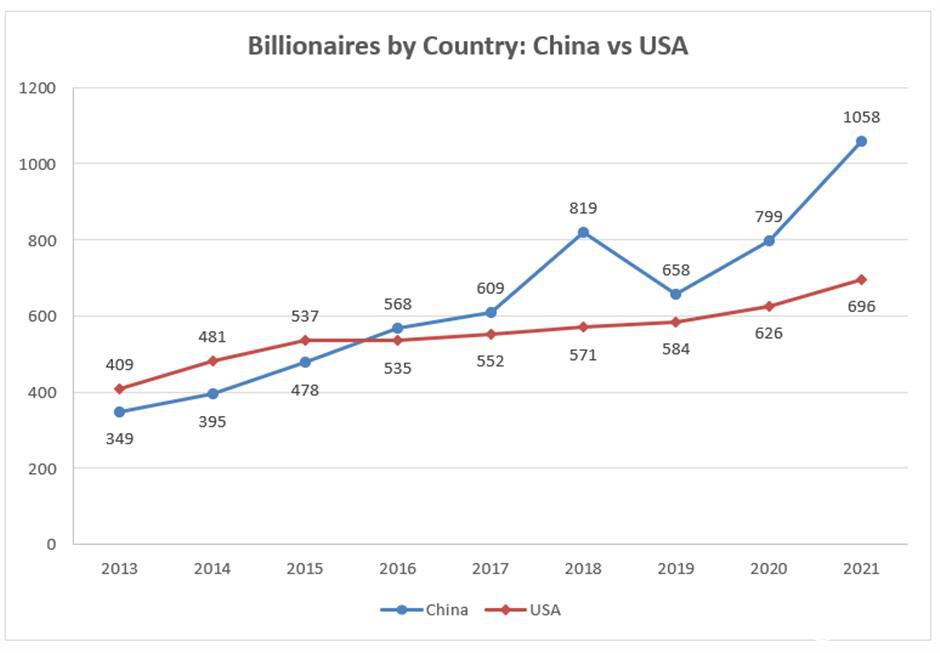 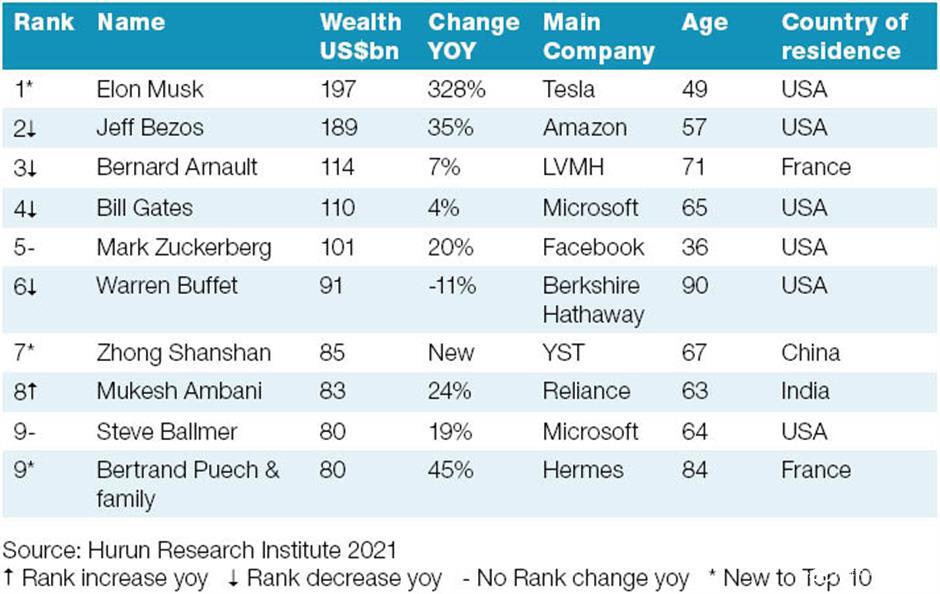 The combined wealth of billionaires in China is US$4.5 trillion, up 73 percent from last year.

China has the world's most billionaires — more than the United States, India and Germany combined — due to a flurry of new initial public offerings and the booming digital economy over the past year despite the pandemic, according to the latest Hurun rankings.

The combined wealth of billionaires in China is US$4.5 trillion, up 73 percent from last year.

China currently has 1,058 billionaires, up 259 from a year ago and far surpassing America's 696 billionaires.

According to the Hurun rankings, the number of billionaires in China began to overtake the US in 2016.

“We're currently in the heart of a new industrial revolution, with new technologies including artificial intelligence, blockchain, cloud, data and e-commerce creating new opportunities for entrepreneurs and leading to a concentration of wealth and economic power on a scale never seen before," said Hurun Report Chairman and Chief researcher Rupert Hoogewerf. “Despite the disruption caused by COVID-19, this year has seen the biggest wealth increase in the last decade."

China is the first country in the world to have more than 1,000 billionaires.

All told, 412 new billionaires have been added to the exclusive list in the past year, bringing the total to 3,228, according to a calculation of listed companies' business values and private assets as of January 15.

A stock market boom, driven partly by quantitative easing, and recent IPOs have minted new wealth. Electric vehicles, e-commerce, blockchain and biotech have been the fastest-growing industries over the past year.

Zhong Shanshan, founder of Chinese bottled water and beverage producer Nongfu Spring, is the highest-ranking new face, shooting straight into 7th position with a fortune of US$85 billion  — top in Asia.

The top 10 billionaires increased their wealth by more than 50 percent on average, with combined assets of US$1.1 trillion, or 7.5 percent of the total value on the list.

The Hurun study suggests there may be an additional 3,000 billionaires not in the rankings — more than 1,000 in China alone — because some private assets are undisclosed.