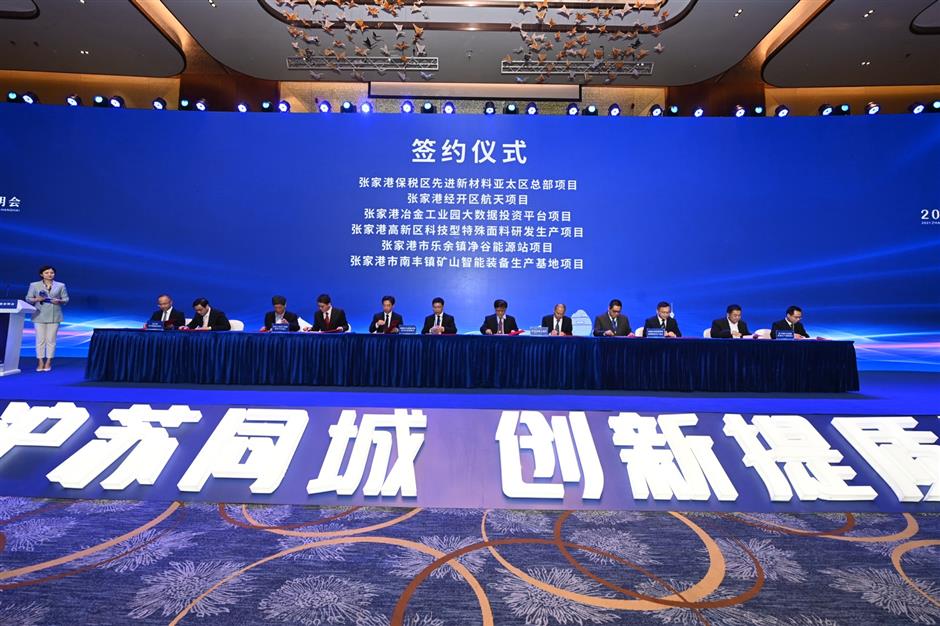 Contracts for 55 projects in Zhangjiagang worth 56.3 billion yuan (US$8.6 billion) are signed in Shanghai.

Contracts for 55 projects in Zhangjiagang worth 56.3 billion yuan (US$8.6 billion) were signed in Shanghai on Tuesday with the city in neighboring Jiangsu Province expecting better integration in the Yangtze River Delta region with closer ties to Shanghai.

“We used to drive cars to Shanghai for advice on our development, and in the near future, we can take high-speed trains,” said Pan Guoqiang, Zhangjiagang’s Party secretary.

“Learning from Shanghai and getting integrated with Shanghai has been an important guide of our growth in the past few decades,” Pan said.

A high-speed railway connecting Shanghai and Zhangjiagang is under construction. When complete, a commute between the two cities will take around half an hour.

Mayor Han Wei said Zhangjiagang will become stronger with better transport. “We would like to be an active participant in the process of integration of the Yangtze River Delta region,” he said.

Also on Tuesday, a competition to bolster innovation and entrepreneurship in Zhangjiagang was launched to attract more professionals to contribute to its growth. 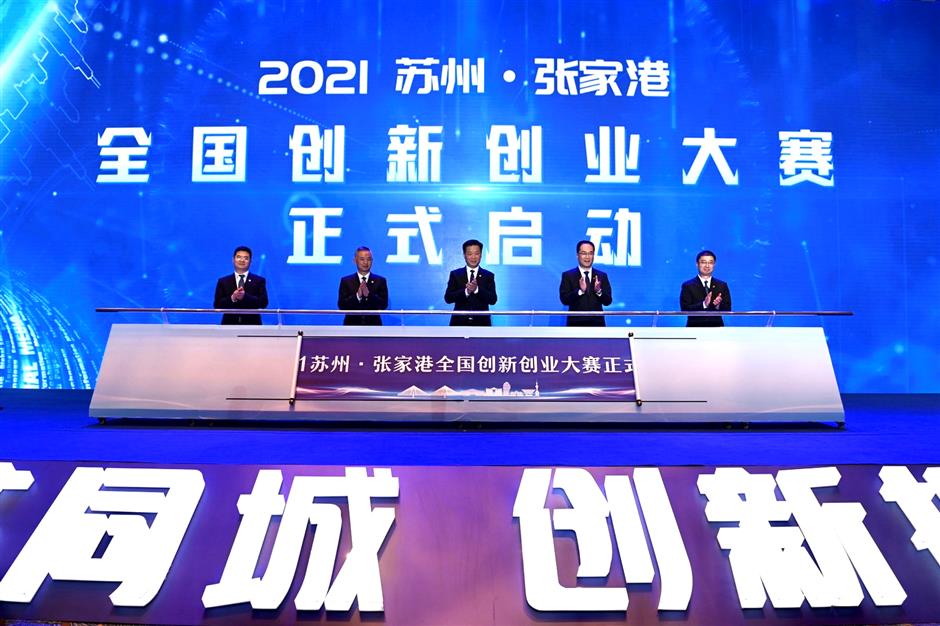 A competition to bolster innovation and entrepreneurship in Zhangjiagang is launched.