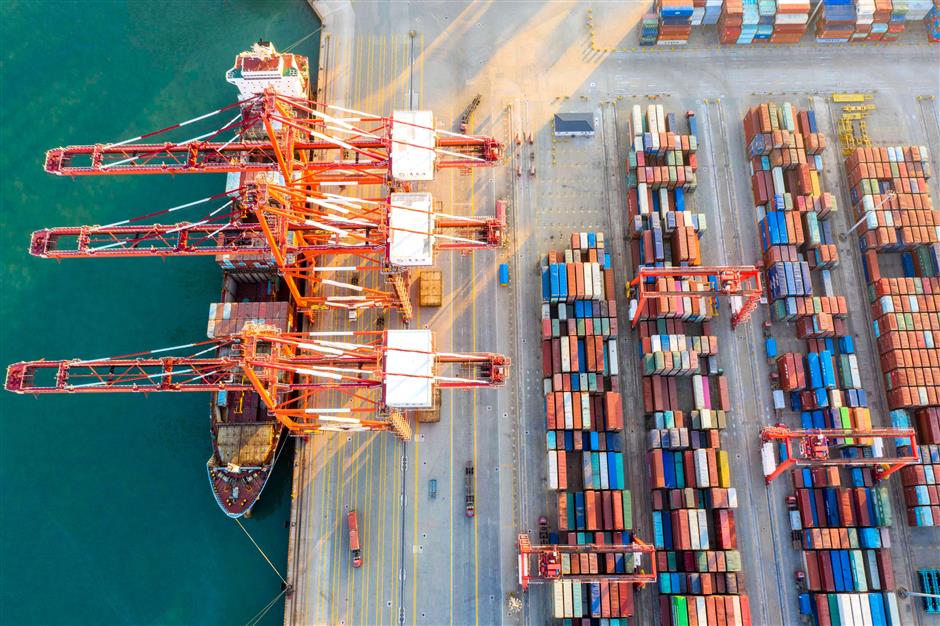 After the agreement takes effect, more than 90 percent of merchandise trade among members that have approved the agreement will eventually be subject to zero tariffs.

The RCEP was signed on November 15, 2020 by 15 Asia-Pacific countries – 10 members of the Association of Southeast Asian Nations (ASEAN) and China, Japan, the Republic of Korea, Australia and New Zealand – after eight years of negotiations that started in 2012.

The deal came into force initially in 10 countries that have submitted instruments of ratification with the ASEAN Secretariat.

Covering nearly a third of the world's population and accounting for about 30 percent of the world GDP, the new free trade bloc aims to facilitate trade and investment in the Asia-Pacific region, and boost economic globalization.

With optimized trade rules among signatories, streamlined procedures and wider opening-up in the sectors of services-trade and investment, the RECP will bring tangible benefits to the member countries.

China will fully implement the obligations of the RCEP agreement and guide local governments, industries and enterprises to better seize the opening-up opportunities, according to the Ministry of Commerce.

The country will work actively with other members to build the RCEP mechanism into a major platform for economic and trade cooperation in East Asia, the ministry said.

"The RCEP agreement, reached at a difficult time with challenges from COVID-19 and the anti-globalization sentiment, will drive a new round of economic globalization by promoting free trade," said Wei Jianguo, a senior expert with the Beijing-based China Center for International Economic Exchanges.

The RCEP agreement can significantly lower the cost of trade in the region, enhance the competitiveness of products, create more business opportunities for enterprises, and provide more choices and benefits to consumers, he said.

A study from the Asian Development Bank predicted that the RCEP will significantly contribute to post-pandemic economic recovery in the Asia-Pacific region and worldwide.

By 2030, it will increase members' incomes by 0.6 percent, adding US$245 billion annually to regional income and 2.8 million jobs to regional employment, according to the study.